The Ride to Illinois That Wasn’t

Last night I rode to Jim Kennemore’s in Roseville so we could get an early start today. The plan was to be on the road by six, no later than six-thirty. 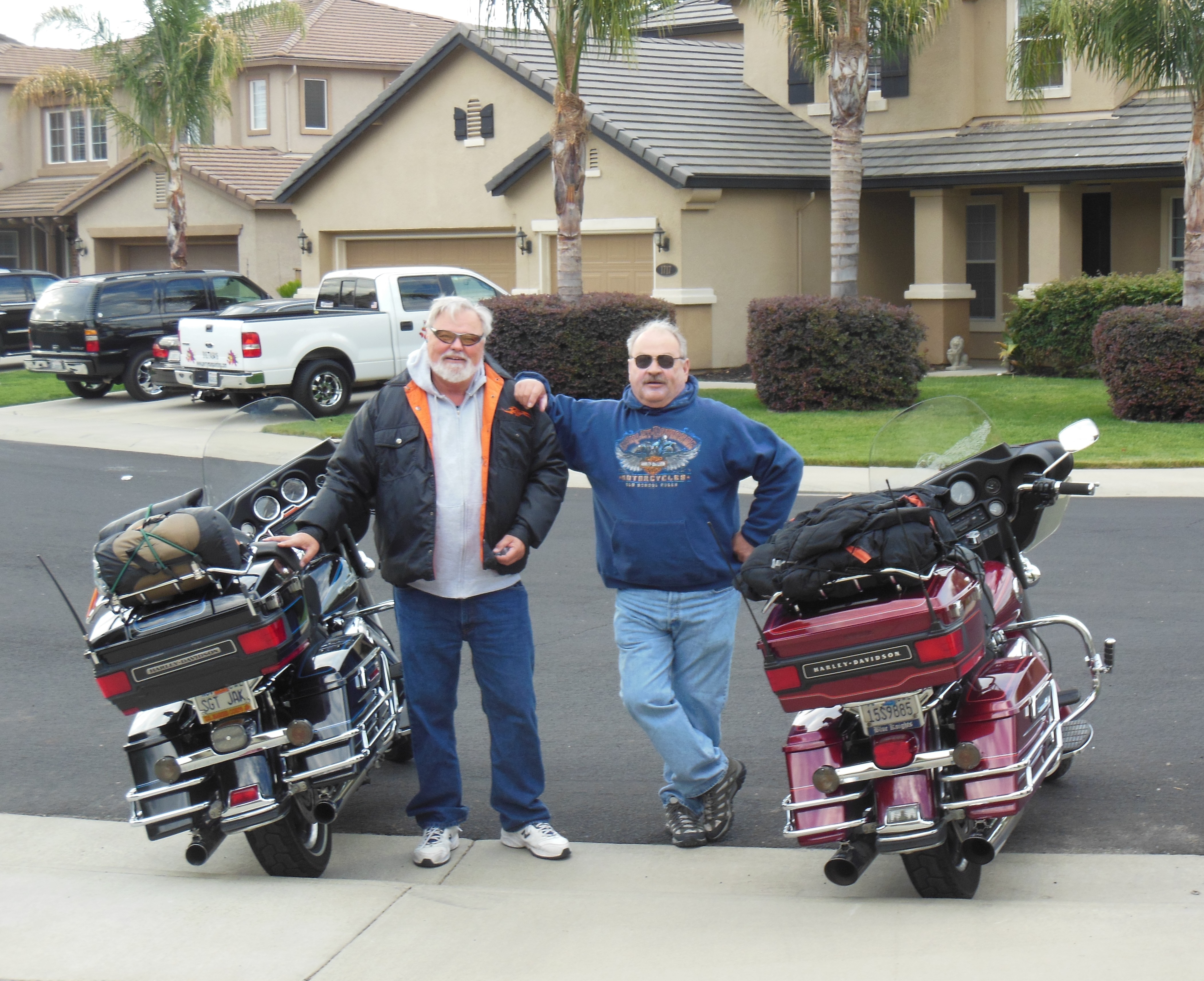 7:00 a.m., pre-departure picture of Dos Amigos. Jim tells me, “Hey I just checked the weather, there will be thunder showers over the Sierras by this afternoon.

I’m not worried, even though the sky is changing to a darker shade of grey. “Don’t worry we’ll be in Truckee by eight-thirty and Fallon by eleven.” It didn’t work out that way.

We went about five miles before I saw a lightning strike. It turned out to be the only one I saw all day.

We had an unscheduled detour for fuel outside of Auburn. We didn’t get to Truckee until well after nine. We enjoyed a great meal at Coffee And, one of my favorite breakfast places. 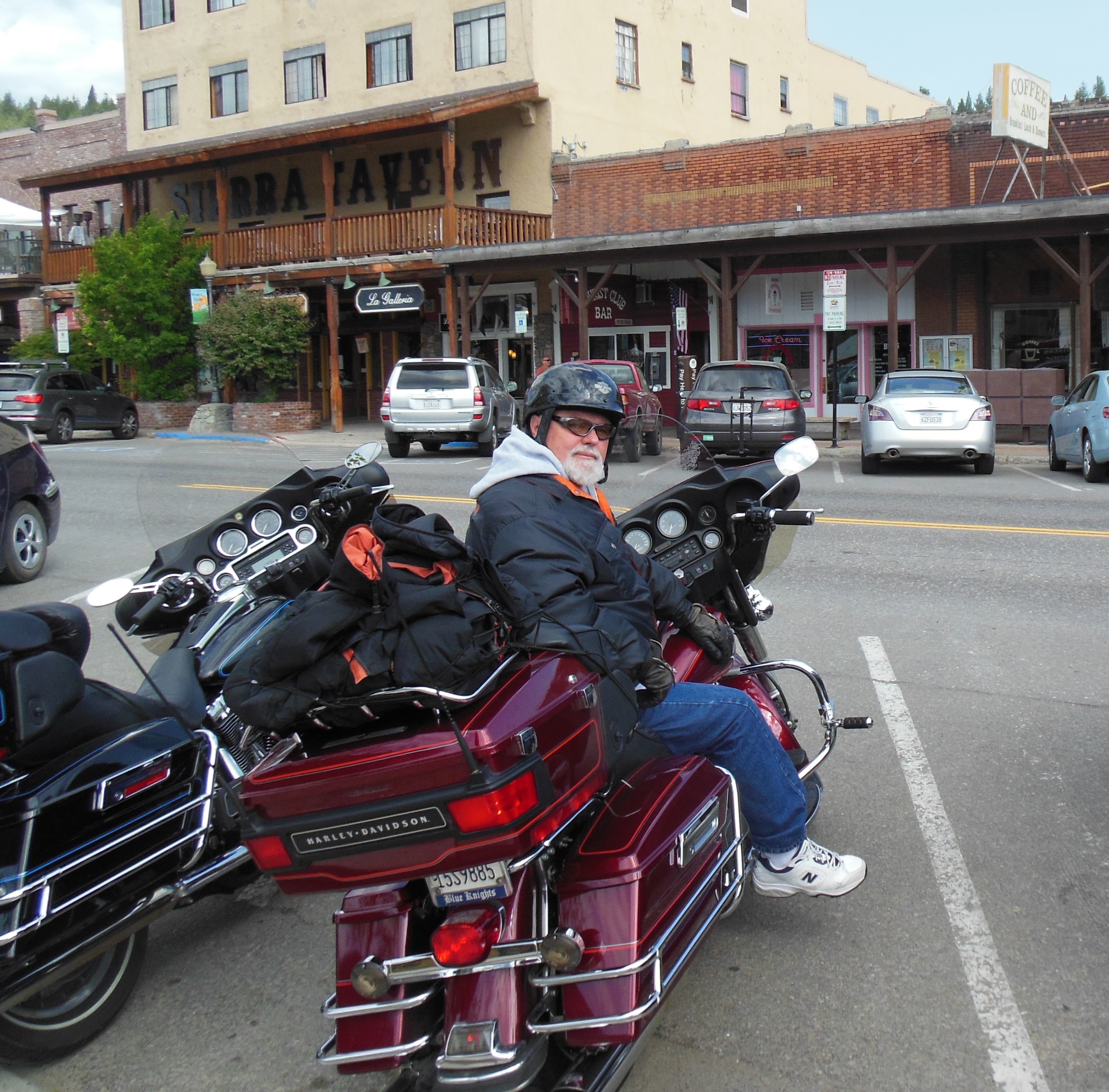 Jim snapped this shot as we saddled up, not at the planned hour, but much later, 10:30 a.m.

We couldn’t pass up Cabella’s at Boomtown. The stop resulted in another hour’s delay.

The original plan was to ride to Marseilles, Illinois for a Veteran’s Function. Our timing got skewed and it was obvious we wouldn’t get there until a day or two after the event. The route included the Loneliest Highway in America (US 50) to Ely, Nevada.

Riding US 50 through Fallon requires a stop and lunch at Jerry’s. This tradition cannot be ignored. Jim memorialized the stop in the below picture. 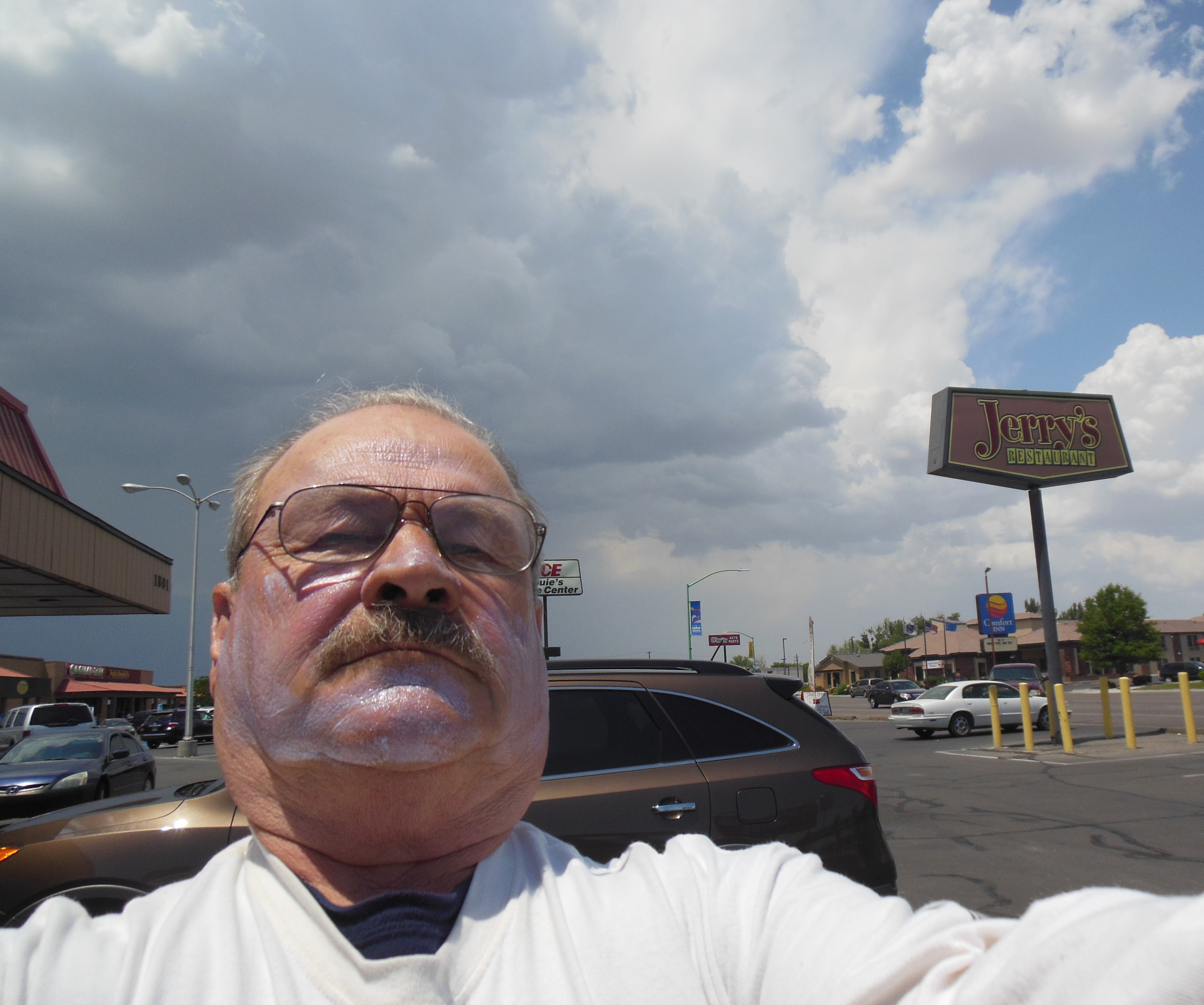 The storm clouds in the background followed us from Truckee. We caught a few large rain drops but nothing heavy.

Over lunch we decided that since we couldn’t make it to Illinois, we might as well go somewhere new. I’ll remind you that Jim is a retired OPD Sergeant and I’m a retired SLPD Sergeant. Sergeants are used to making decisions and being obeyed. Sergeants are always right. We both held steadfast in our suggested routes, sort of. We argued the value of heading East, South, and North. I might have changed my position more than once. If our riding buddy retired Lieutenant Larry Eade had been handy he could have mediated.

Looking at the map, we saw that less than a mile away we could make a left turn and head north on US 95. We have ridden this road up in Montana so the discussion was on. We finally compromised and agreed to take the left onto US 95 north to I-80. 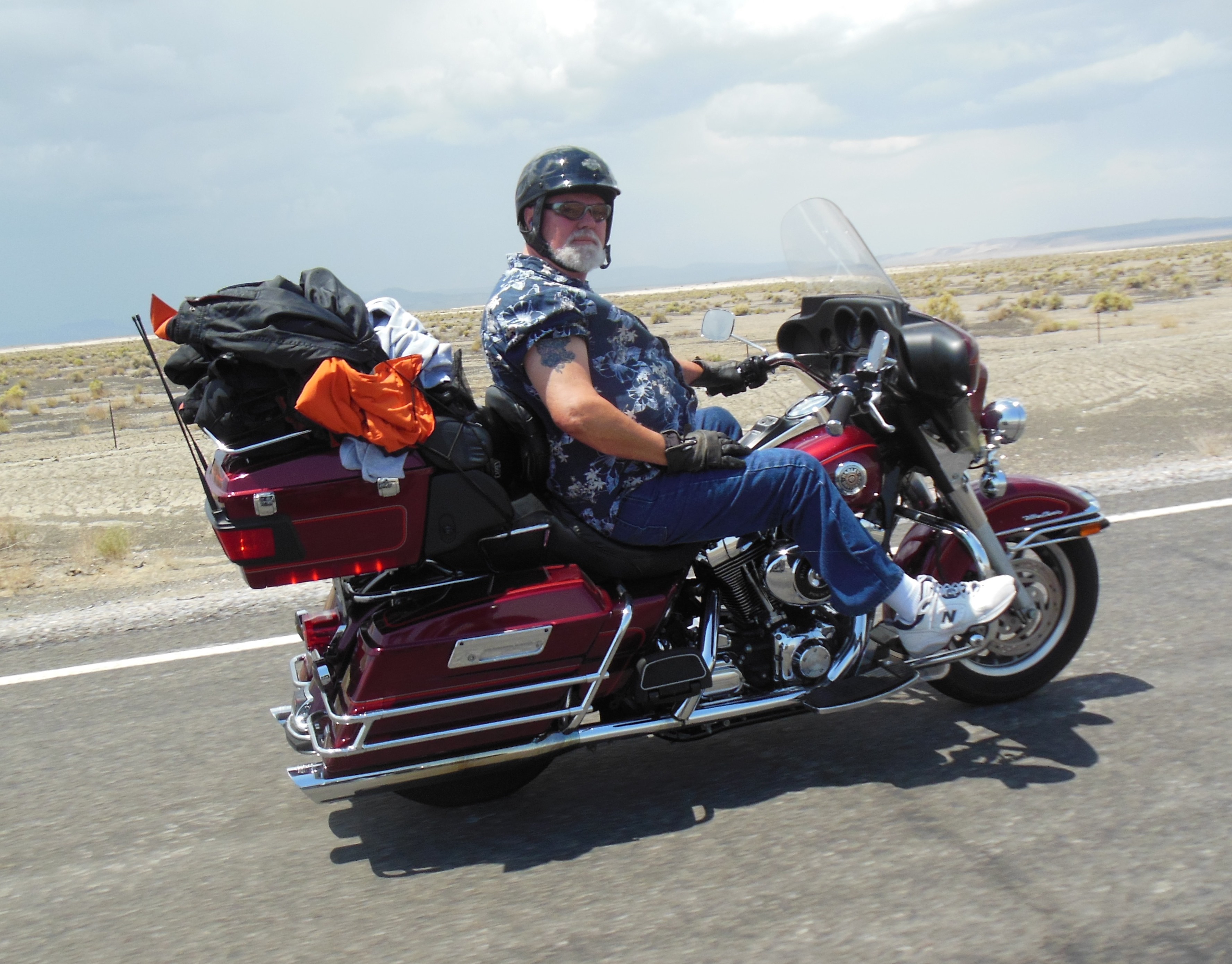 Jim snapped this photo of me driving in the oncoming lane in my official riding gear, aloha shirt, and tennis shoes. It was at least fifteen minutes before another vehicle wanted the lane. You can see the storm clouds to the west. We turned east just in time to miss anything worse than a few more large drops. They almost helped with the 100 degree temperature.

At I-80 we turned right and rode to Elko. We saw no D.E.E.R. today. As anyone who has ever been through Nevada knows, they have two seasons, winter and road repair. We experienced maybe one-hundred miles of road repair where for the most part, they closed us down to one lane in each direction while they repaired the other lane.

Tomorrow we’ll head north. I think we are going to Boise. But we’ll have to see how the two sergeants handle the decisions.