You meet the nicest people on a Harley-Davidson

In my post of June 14, 2013 I described our encounter with two Harley Riders from Wellsville New York, my wife’s hometown. We were leaving Grizzly Harley-Davidson, Missoula, Montana when I noticed the New York license plates and a “Hart Comfort House” flag.

Going back inside the dealership I found Jim Smith and Rob Warboys. They rode to the west coast and now were riding back across the top of the states to Wellsville. The purpose of their trip was to raise money for the Hart Comfort House in Wellsville.

Comfort House of Allegany County, Inc., a non-profit 501(c)(3) corporation known as Hart Comfort House, offers free comfort care for those in their last three months of a terminal illness.

You can check it out at www.comforthouseofalleganycounty.org. Click on What’s New and scroll down for more about these two men and their ride.

We had a nice visit. Jim and I figured that we had heard the last of them and their ride.

Imagine my surprise when my wife got a letter from her Uncle Johnny Dean containing clippings from the June 25, 2013 Wellsville Daily Reporter describing the two men’s ride in support of the Hart Comfort House.

The article mentions us stopping and visiting with them. They even mention “He was Francis Dean’s son-in-law and knew all about Wellsville and Hart House.

The ride was a success. Their goal was to raise $5000. When they returned they had over $7,700 with money still coming in. Supporters will be holding a picinic on July 6th to raise more money. 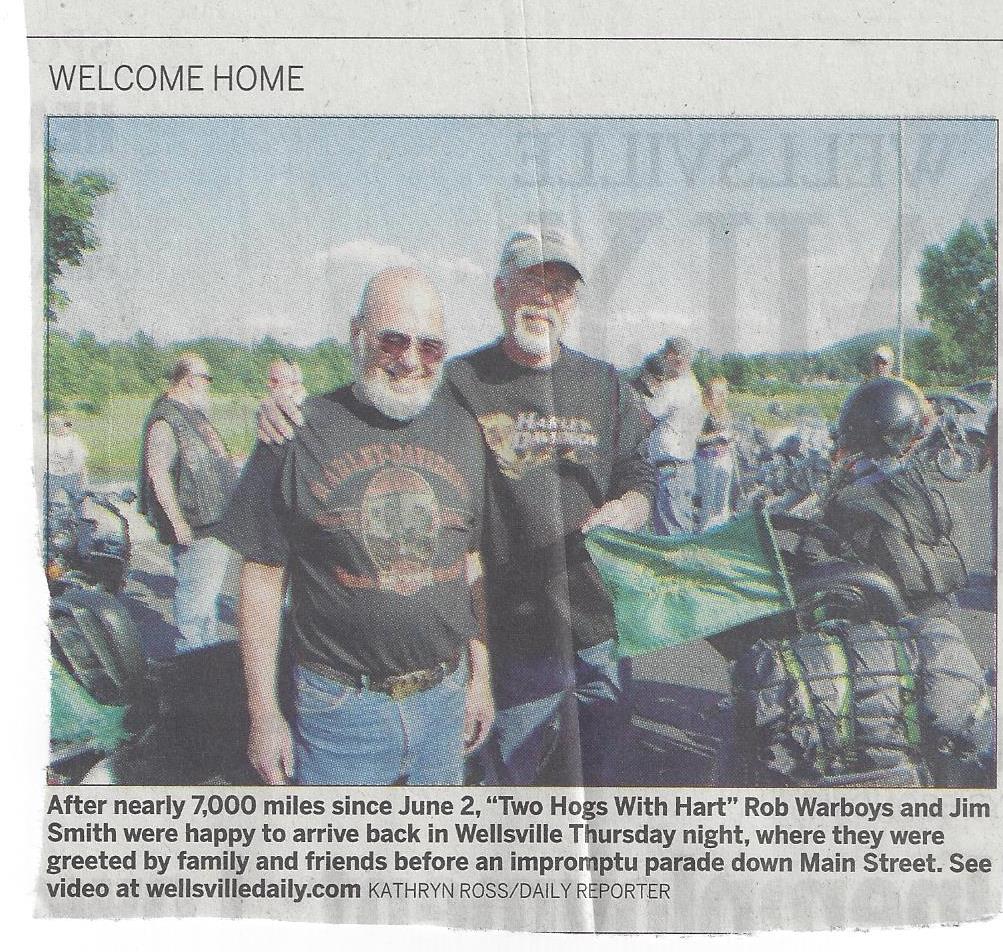 You do meet the nicest people riding a Harley-Davidson Motorcycle.