Where are we? Are we in Egypt? I am the victim of a military style coup.

The evening before, while the brigands ate the KFC that I had so generously provided, Paul Wallace led a conspiracy to oust the legitimate leader of the Brown Water Run.

Before breakfast, I was presented with the fait accompli. My comrade of forty years made this proclamation, “George you’re out!”

They tried to clean it up, but I was out. Hip, Hip, Hurray!

The junta’s new route took the group north on US 395 to CA 89. The portion of US 395 from Bishop to CA 89 is probably the best 120 miles of the highway. It goes through Bridgeport. Years ago Bridgeport hosted a great destination ride. Because of an overabundance of nudity, the highway was at times blocked. The California Department of Transportation prohibited the continuation of the event. It was a fun time.

There is one thing about this part of US 395 that often causes consternation, the unstable weather. This was only the second time I’ve ridden this route that I wasn’t drenched in a cloud burst, or banged about by a hail storm. It was a great day with bearable temperatures. 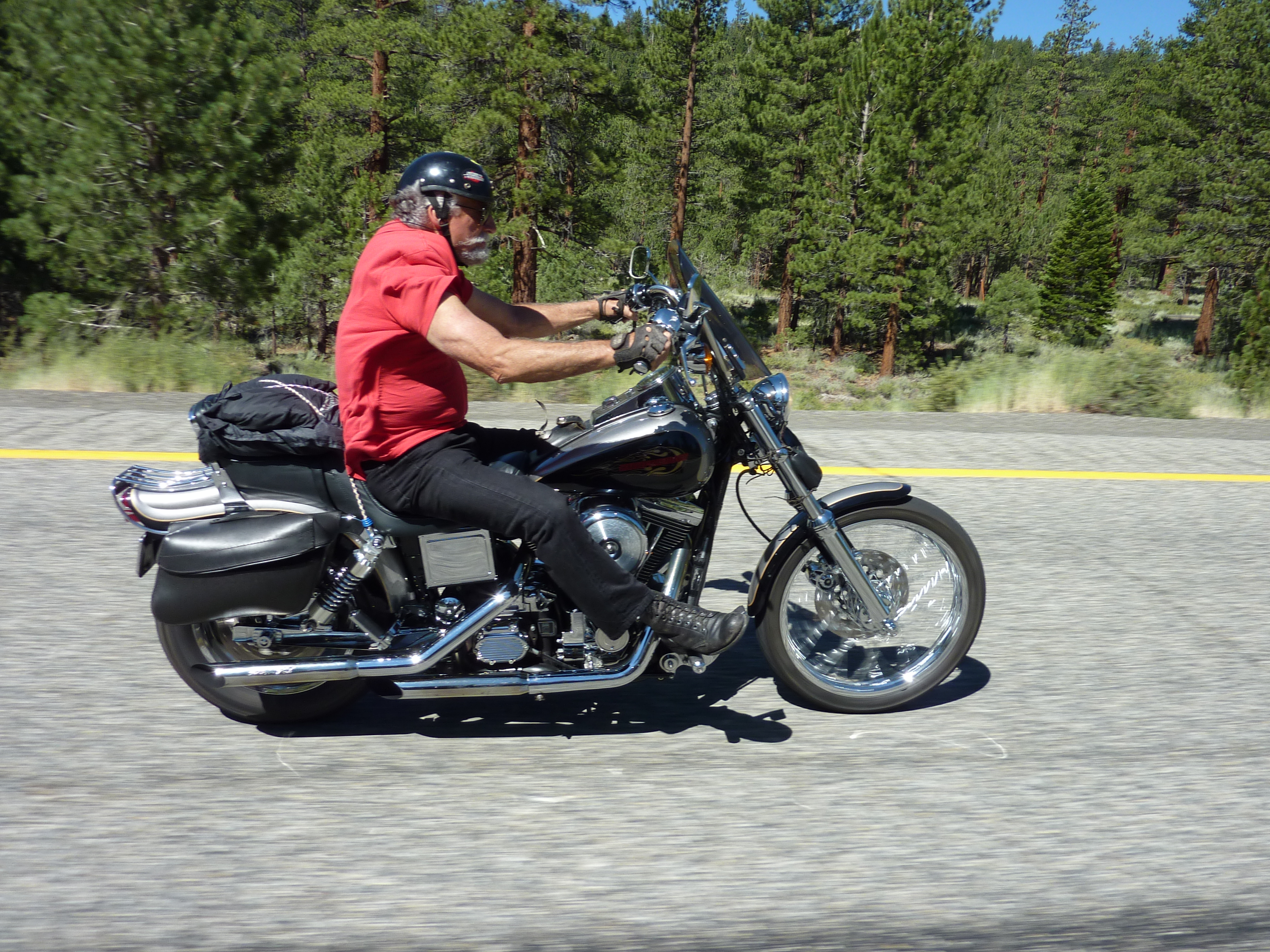 Jack Young cruising along on his DynaWideGlide. My first Harley was a Dyna. I loved that bike until I had my first ride on an Ultra Classic. 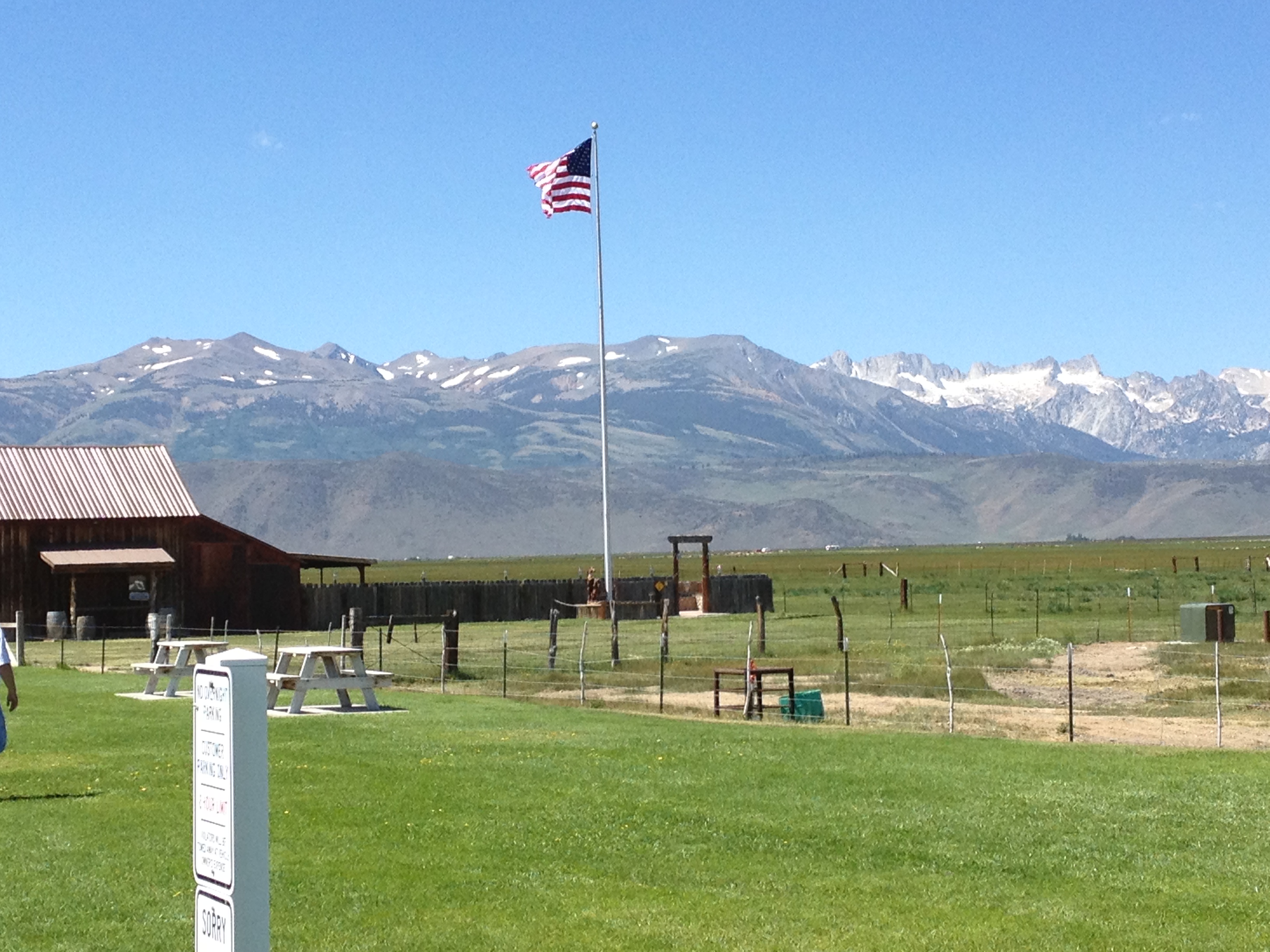 A fuel stop at Bridgeport was an early rest halt. John Sensiba took this picture. It embodies the essence of the Brown Water Run. We ride through some of the most beautiful country in the United States while celebrating Old Glory and the independence of the greatest nation in the world.

When we reached CA 89 we headed up into the mountains and over Monitor Pass for a lunch stop in Markleeville.

Lunch was at Wolf Creek Bar and Restaurant. Here we have Larry Eade beside his Road King. In the background Jeff Zolfarelli checks his luggage.

The ride from Markleeville continued on to Lake Tahoe. The traffic was heavy, but Pioneer Trail allowed us to by-pass the worst of it. The ride around the south end of the lake took us through Cave Rock Tunnel and over the Carson Range down to Carson City.

Sunday was the shortest ride of the Brown Water Run, 208 miles. It was a pleasure. The weather was not too hot and no one suffered like we had the day before. I wish I could say everyone had a good time. It wasn’t so. Keith Wallace was still riding in the Train Mobile. Fred Sicard from Los Angeles had a flat tire. Once Lauren dropped Keith off at Carson City Harley-Davidson he had to return and pick up Fred. The service department told Keith they couldn’t work on his Ultra until Tuesday. That was unusual in that most Harley Dealers put travelers at the head of the line.

Lauren got Fred’s bike to the dealership too late for them to work on it. He had to return on Monday along with his L.A. riding buddies. Fred, Ron Ricci, Dan Larson, and Jim Griffith rode up from Southern California. While I was riding south to Las Vegas, they headed home. I don’t know who had it worse Monday night. They stopped in Fresno while I spent the night in Beatty, Nevada. Neither town is a favorite of mine. I’m told they had a great ride over the mountains on CA-4. CA-4 is one of those mountain pass rides that I never tire of making. 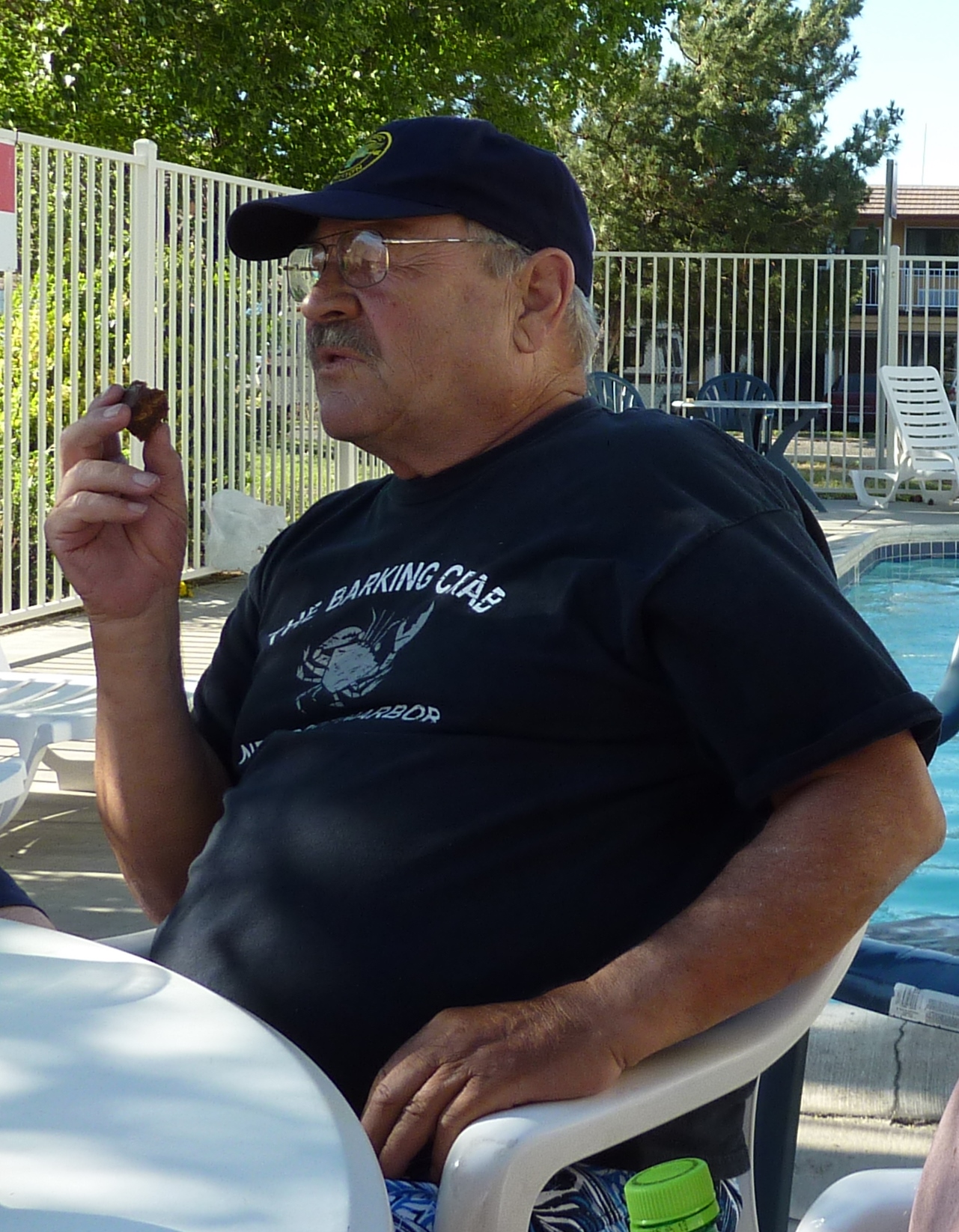 Jim Kennemore is delivering an important point about some insignificant subject to anyone within hearing range. 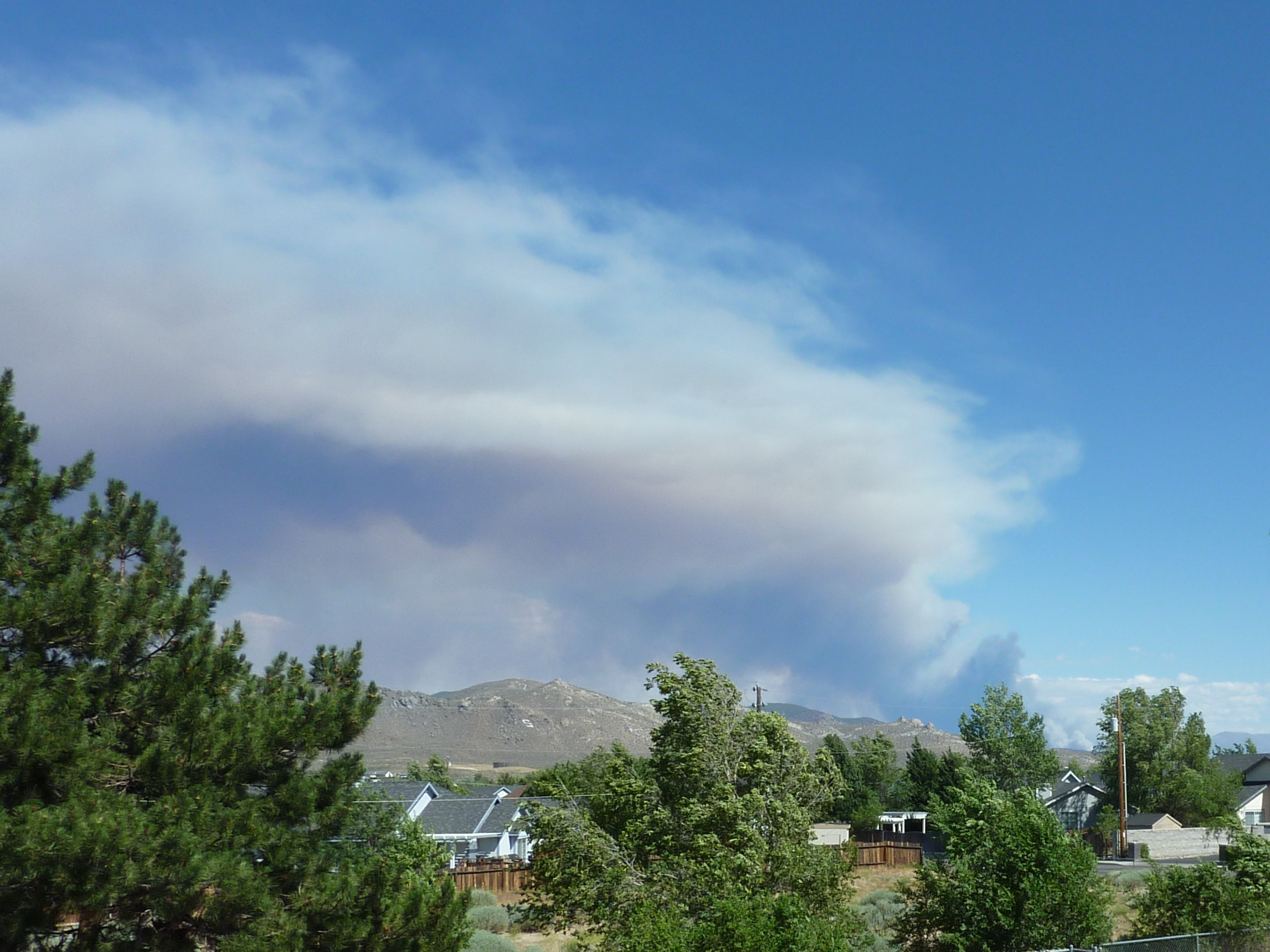 This is of the Bison Fire east of Carson City. This was taken from the Carson City Motel 6. Fires are being fought in north and south Nevada. It appears that at least some were started by lightning strikes. 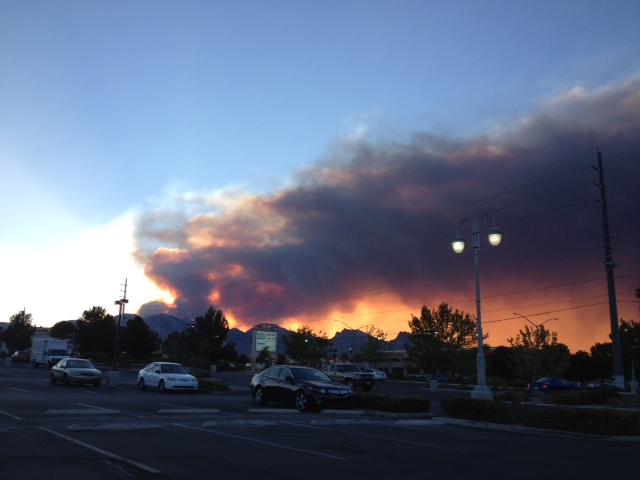 Later in the evening, my son Paul sent me this picture of the Carpenter 1 Fire near Las Vegas. He took it from a parking lot at his apartment.

Once again the day was topped off with BW Runners sitting around the swimming pool solving all the problems of the realm.