Cruising Alaska’s Inside Passage on the Grand Princess – Second Post

We spent Tuesday, the 23rd in Ketchikan. We decided against organized tours opting instead to walk the town. Ketchikan is three blocks wide and three miles long. 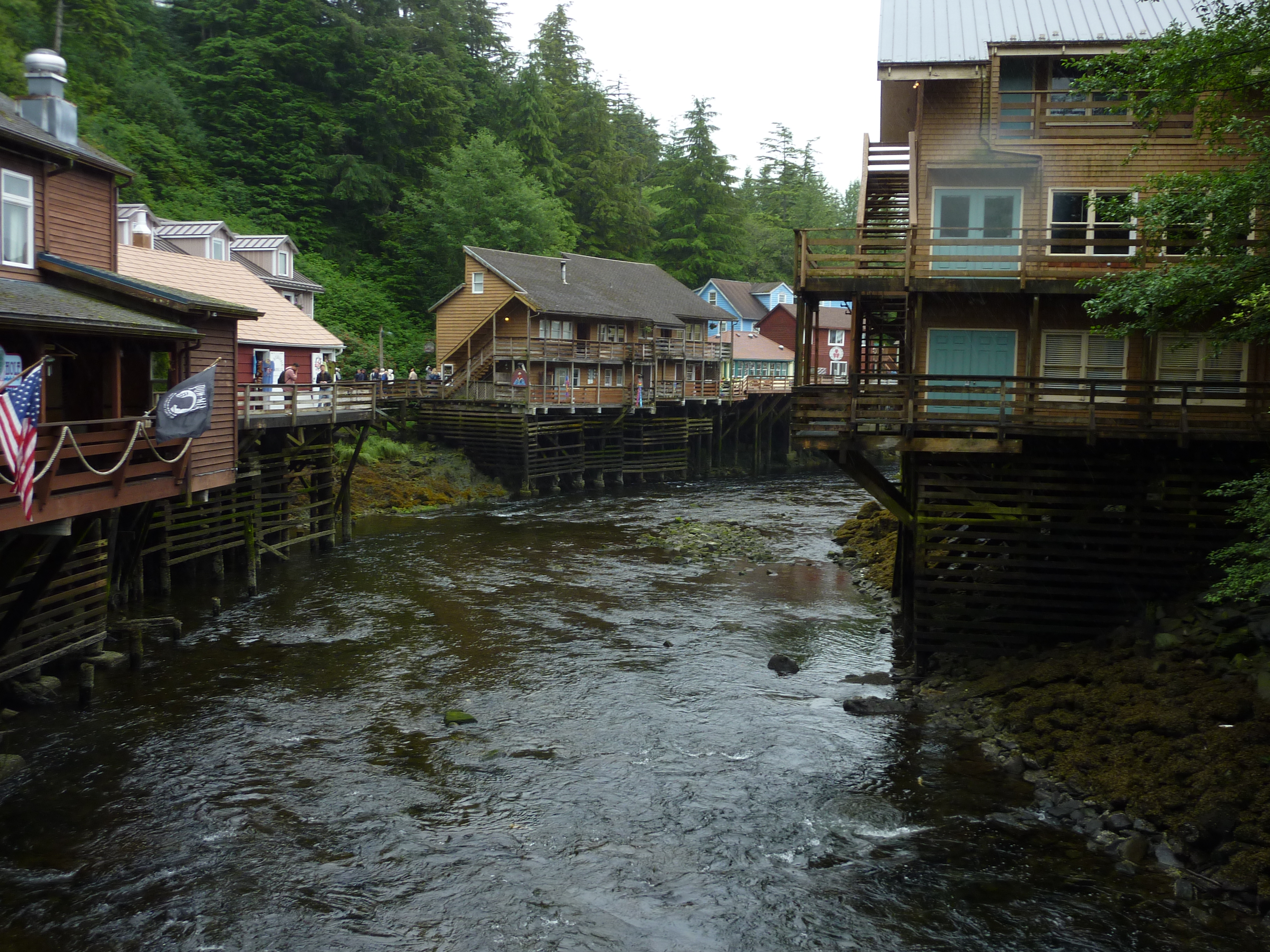 Creek Street is a creek with buildings along both sides. In the early 1800s the occupants were brothels and a shingle factory. At the bottom of Creek Street a bridge links the road that runs through the city. About a half dozen people were fishing from it. All but one was local. He was off the Grand Princess. As we walked up he caught a salmon. One of the kids scrambled down the rocks and retrieved the fish. The man told the kid, “Keep it. I’m off the ship and I just want to catch fish.”

We chatted with this same man three days later after he took our picture at the Tracy Arm Glacier. He didn’t want to spend several hundred dollars and rush to and from a fishing boat. He started to rent a pole for thirty dollars an hour plus all kinds of add-ons. Instead he went to a local hardware store where he got a 3-Day license, pole, line, and half a dozen jigs for $105.00. He caught thirteen salmon and gave them all to the locals. As he later told us, “It was a great day of fishing, and a third the cost of a tour boat.” Not only did he catch a passel of fish, he used a light line and got to play the fish. On the boats they use fifty-pound test and yank the fish out of the water.

I know what I’m doing the next time I visit Ketchikan. 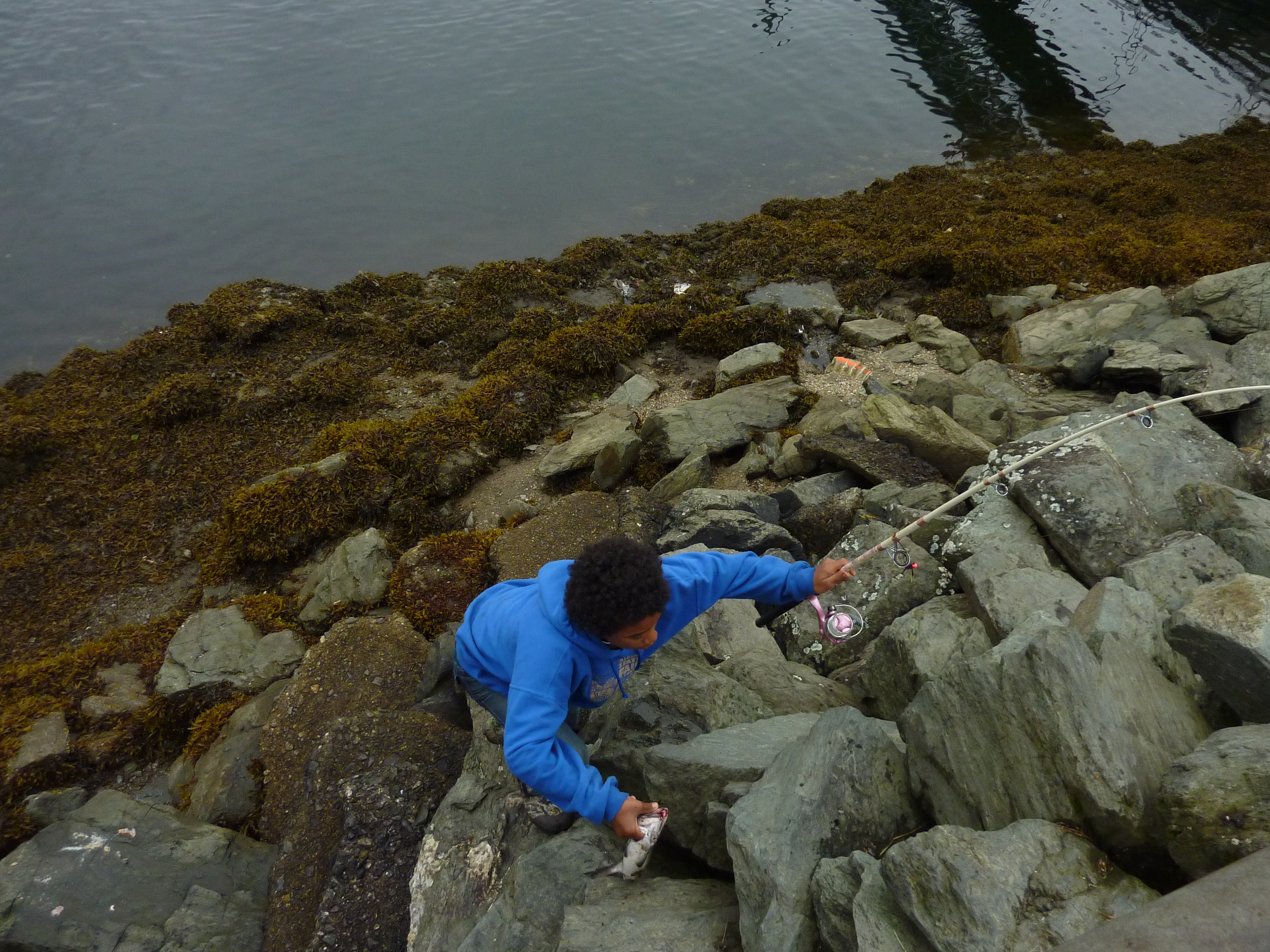 One of the local kids bringing up his catch. 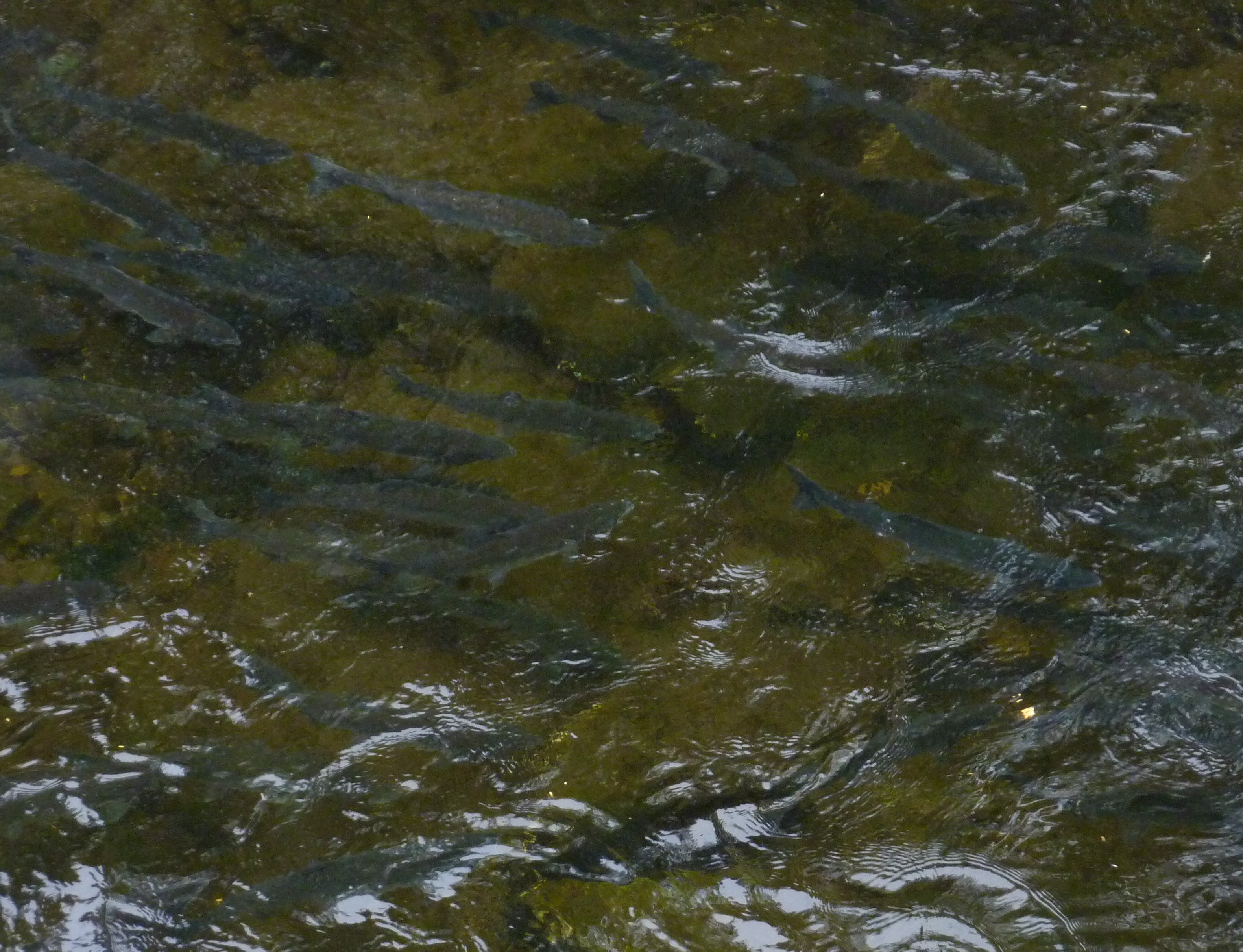 Salmon at the upper end of Creek Street.

My dad used to tell us how as a kid on Moffett Creek, near Fort Jones, California he and his dad used pitchforks to harvest salmon. I had my doubts; after all he was a teller of tall tales. Now I believe him.

We walked to the outskirts of town. At a Salvation Army Thrift Store I found a rack of tourist T-Shirts on the front porch. They were all new and priced at $2.00 a bargain. There must have been twenty. I figured on buying a couple. My plans were thwarted. A woman, a fellow ship passenger, stepped between me and the shirts. She literally pushed me away without a word of apology. Cathy pulled a shirt from the back of the rack, “Hold on to this.” Before I could turn back, the woman had taken every shirt. I half expected the “B” to take the one I held.

We continued on to the edge of town were the IGA grocery store is owned by a Japanese family. The original owners came to Ketchikan in the early thirties. They built a hotel and store, ultimately closing the hotel. At the beginning of World War II they were forced into one of Roosevelt’s Internment Camps as enemy aliens. While they were interned, friends ran the store. When the family returned, the friends gave back the store and all the profits. The great grandchildren now own the store. The owner has a sign on her office door, Fish Fear Me. You think she likes to fish? 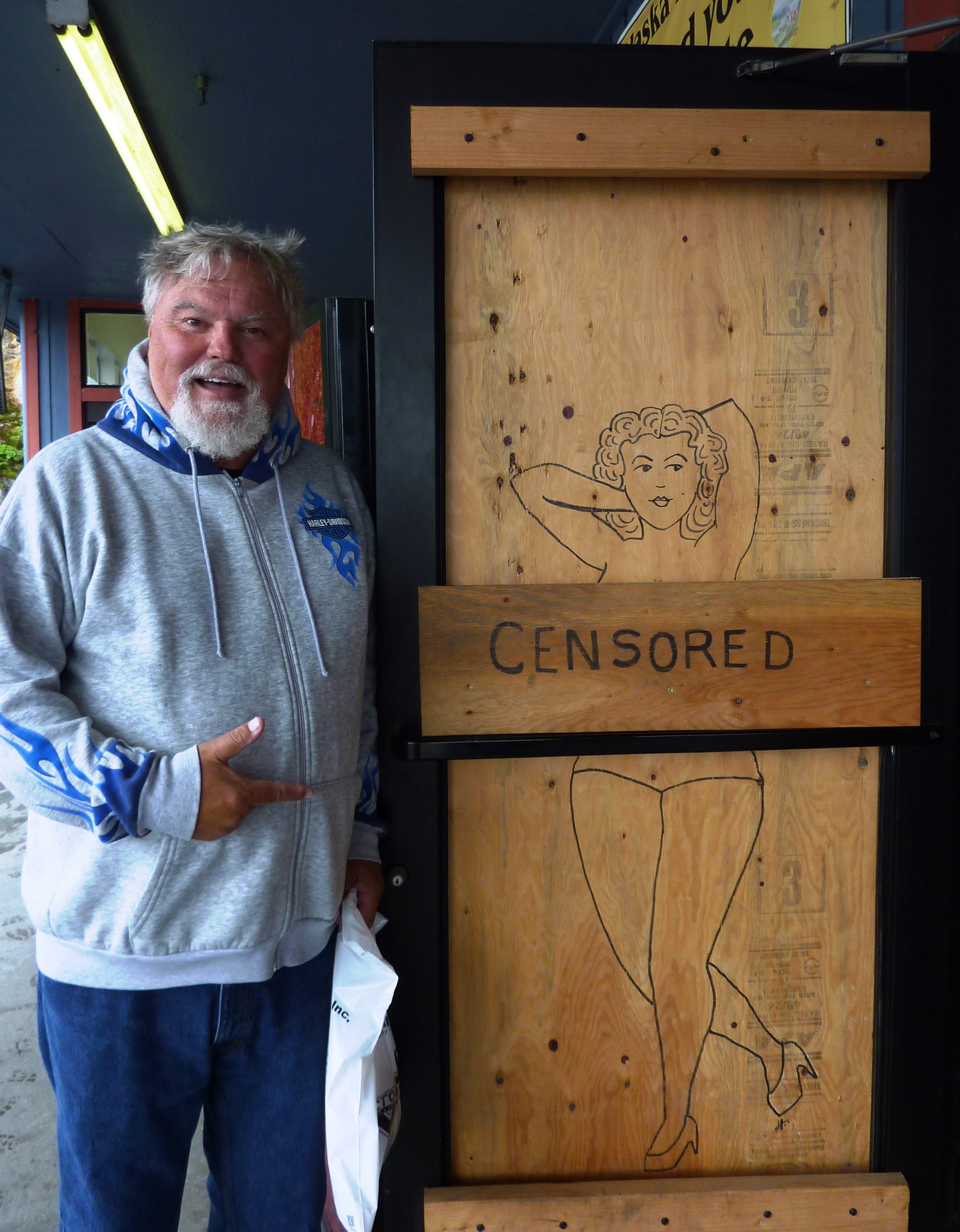 Next to the grocery is a state liquor store. This is the inside of the door.

Heading back downtown it began to rain. By the time we got back onboard the ship we were soaked.

At 7:00 p.m. we entered the Snow Straits. They are five-hundred meters wide, not much wider than the length of the Grand Princess. We saw several dolphin and whales.