It’s been several years since my wife and I took a road trip to Gig Harbor, Washington.
We took a couple of weeks up and back. Other than Gig Harbor, the trip was in some ways like a motorcycle trip, except we were in a cage. We went hither and yon with no other plans. When we arrived, we were pleased, not that we would move there.

One morning while on a walk, I saw one of those newspaper boxes advertising free local 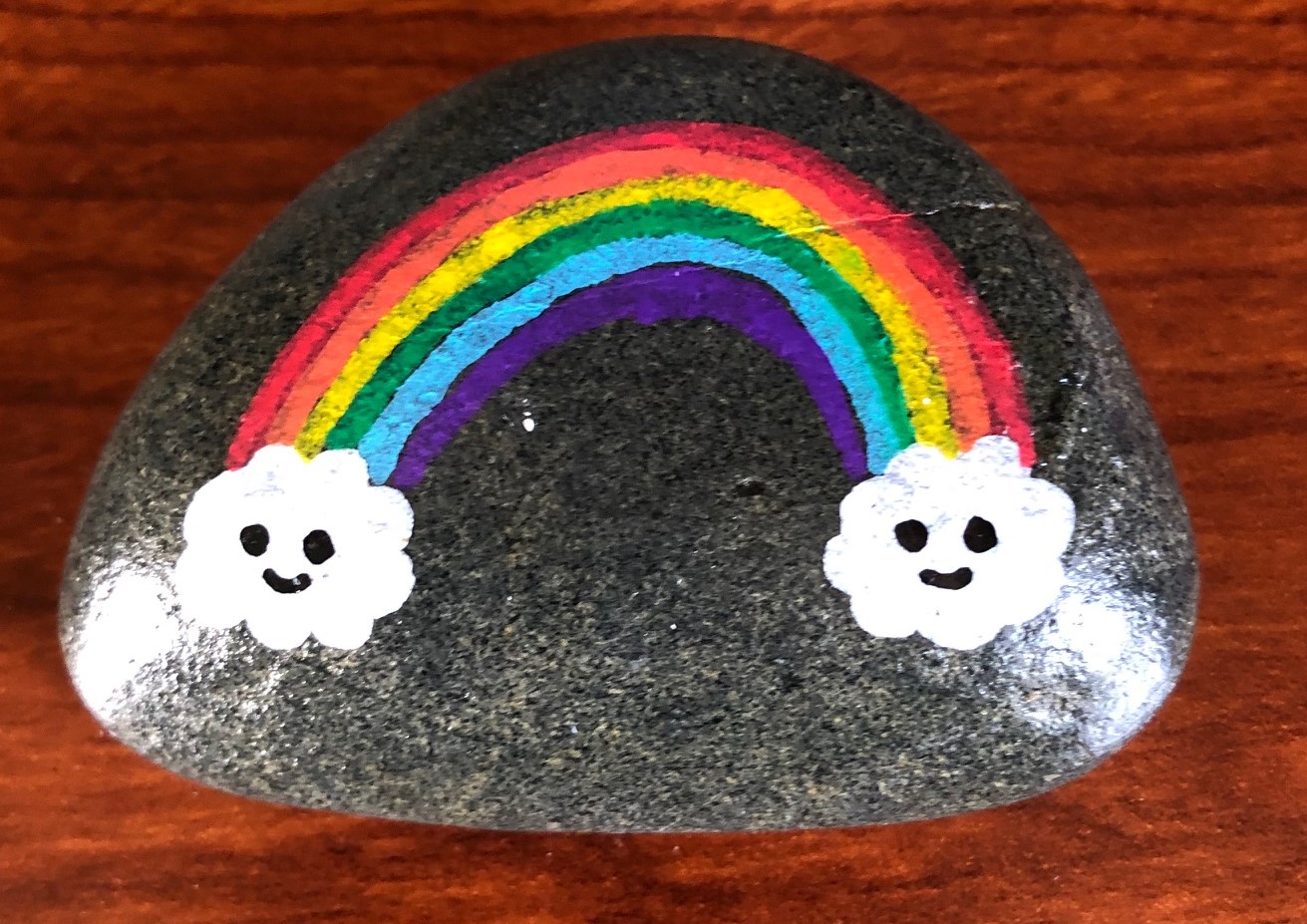 papers. I opened it and there on top of the papers was a shiny rock. Painted on it was a rainbow with happy faces at each end. Smiling, I picked it up and felt a sense of wellbeing. I took a paper and put the rock back and walked on, thinking about that rock and the feeling it gave me. Back I went. Picking it up, I thought: I’d like to take you home. But I couldn’t bring myself to take something that wasn’t mine. Back a third time, like a thief in the night, I looked in all directions. No one in sight, I slipped the booty into my pocket and fled.

I didn’t know about rock painters leaving a friendly face to be found by people like me. The finder is supposed to take the gift or leave it for someone else to find. Not happening!
Back at home, I put the rock on the window shelf over the kitchen sink. Many times since then, I stop and look at MY rock. I always smile and perk up.

I’ve been suffering writer’s block. I needed something to get me going, so I brought the 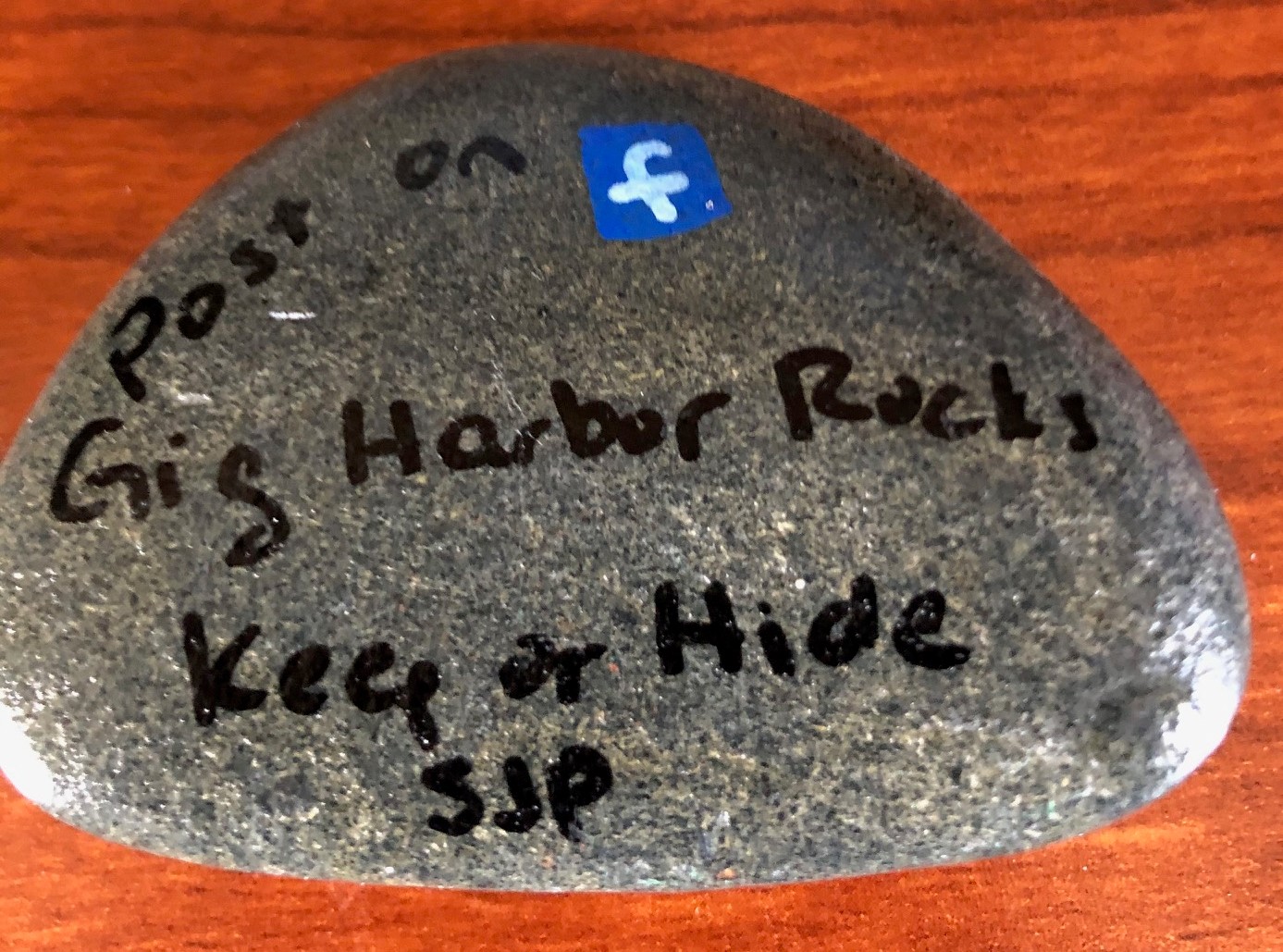 rock into my office. Holding it helps. I turned it over and found a note from SJP, allowing me to keep it. At the top was a request to post on FaceBook.

Today on the blog and FaceBook, I’m sending my thanks to SJP.

It is the Ride, not the Destination

Over the years, my motorcycle trips have been more about the journey than the destination. I have been to the big motorcycle rally in Sturgis, South Dakota, at least a dozen times. Three or four times, I was what is called derisively ‘a trailer queen,’ we pulled a bike trailer behind a motorhome. Those trips were in the early days, and we were all about getting to the rally: no side trips, only twelve-hour days driving straight through. Once there, we took rides to Custer State Park, Mount Rushmore, Crazy Horse Memorial, and Wounded Knee. These trips were made quickly so we could get back to the rally. Everything was a crowded rush.

We could say we had been there and done that. (I hate that cliché)

In 2001, I got an Ultra Classic and began riding to Sturgis, following the advice of Robert Pirsig: “Sometimes it’s better to travel than arrive” (Pirsig 103). No longer on the road 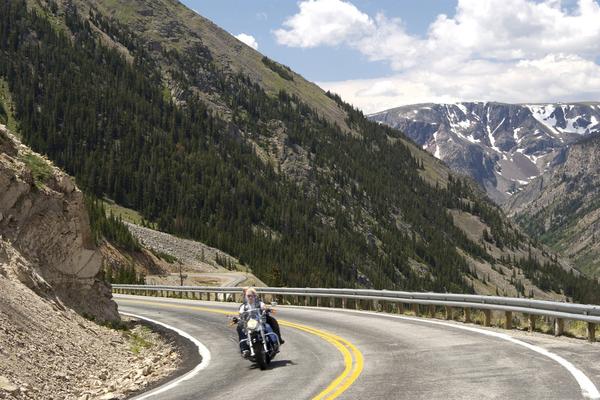 from morning until dark, I looked around. Instead of the most direct route, we mapped out places we wanted to visit. Jackson Hole, Yellowstone, Beartooth Pass are just some of the big names. Places we never imagined like US-191 north out of Green River, Utah, and through fantastic country and on through Wyoming. I liked US-191 so much that I made a solo trip south on it. Not as scenic, but a great ride. I have made these long rides with a dozen riders, three or four, and alone—never once lonely.

This summer, my buddy Jim Kennemore and I, plan on heading north to the Cascades, make a right onto Washington-20 across the state to Kettle Falls on the Columbia River. There we will flip a coin and go—

We have room for other bikers; we don’t care what you ride as long as you miss the open road and the wind in your face.

The Dreamer by Sheldon Siegel

When I saw that Sheldon Siegel had a new book, The Dreamer, I had an idea that he would address the social issue of immigration and DACA. I had no doubt he would weave

the subject into the plot. As always, he addresses issues in a way that none should find offensive, but instead learn and gain understanding. Undocumented people and the ICE agents are treated equally and with respect.

A rising star chef is found stabbed to death. Next to him is a young woman, covered in blood. Presumed guilty, the San Francisco County Public Defender takes her case.

Siegel’s story develops around the trial skills of Mike and Rosie. Trial work is repetitive, that is the nature of trial preparation and courtroom demeanor. He manages to bring new life to each book in the series.

While fast-paced, Siegel provides a breather when he takes his readers on a trip through time with each visit to the churches, courts, and police buildings. His descriptions of settings are accurate and help define the characters as well. In The Dreamer, he brings each of these people alive, and often, someone we would wish to meet.

Dreamer is a fun read! 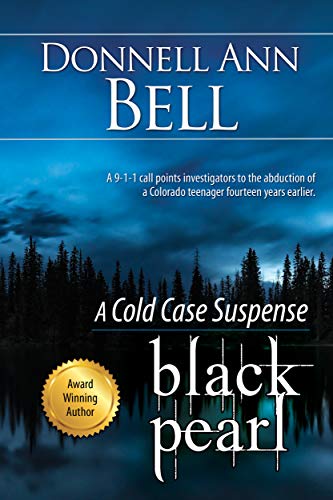 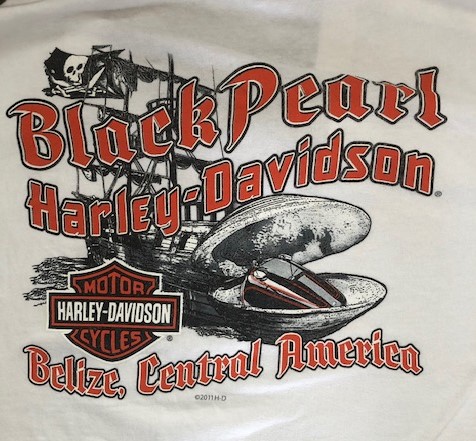 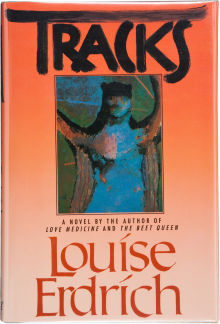