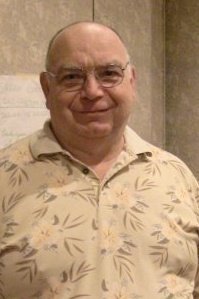 FIGHTING CRIME WITH “SOME DAY” AND LENNY

Do you write in more than one genre? I’ve written nonfiction, fiction, comedy, poetry, short stories, and articles that required research.

What brought you to writing? What got me into writing was going to grad school.  I did lots of research (I really enjoy doing

research.  I would rather turn in large term papers than take a test.)  I was doing a paper on dreams related to Post Shooting Trauma and contacted Massad Ayoob for an interview.  He was very kind and informative.  I asked him if he would like a copy when I finished the paper.  He said yes.  Then he did something I never expected.  He took it to the editor of POLICE MARKSMAN magazine, and they wanted to publish it.  If not for Mr. Ayoob’s kindness, I probably wouldn’t have a writing career that spans almost 40 years.

Where do you write? What, if any, distractions do you allow? I have a loft in my home.  I have converted it into my Man Cave.  It not only has my computer but has my filing cabinets, a stereo, and my awards for both writing and police work.

Tell us about your writing process: I like to come up with an idea and write and rewrite. The difficult part is finding something that not only interests me but will be of interest to readers.

What are you currently working on? Right now, I am working on a short story for the Public Safety Writers Association writing contest. 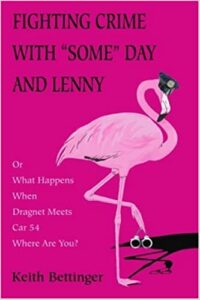 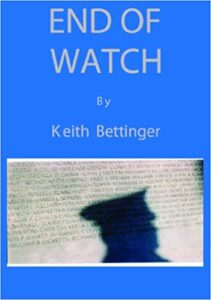 Has an association membership helped you or your writing? Yes.  The Wednesday Warrior Writers, a Las Vegas group of local writers, meet 2 Wednesdays a month.  We put together two books.  The one I like the best is I PLEDGE ALLEGIANCE… a book of 54 short stories dealing with patriotism, heroism, and Americana.  The book is published locally by Houdini Publishing. All profits from the sale of the book go to nonprofits that serve active military, veterans, and first responders.  We have raised approximately one thousand dollars for the USO at Las Vegas’ McCarran Airport, two hundred for VETERAN’s VILLAGE, and a couple hundred for T.A.P.P.S.  an organization of professional musicians who play trumpet and volunteer their time and talent to make sure veterans who pass away receive Taps played on a real trumpet, not a recording.  For all our veterans have done for this country, they deserve a real final tribute for their service and sacrifice.

Who’s your favorite author? I would have to say my favorite author is Michael Connelly and his Harry Bosch series.  My other favorite, W. E. B. Griffin, just passed away last year.

How long did it take you to write your first book? My first book (End of Watch) was written and rewritten many times and eventually self-published.  My second book, FIGHTING CRIME WITH “SOME DAY” AND LENNY, was originally published by Universe.

How long to get it published? It was probably done within a year.

How do you come up with character names? Sometimes I will look in phone books.  If I do that, I mix first and last names.  Other times I think about names I like and create an identity that way.  “Some Day,” my character in the comedy book, was a spoof on Dragnet’s Joe Friday.

We hear of strong-willed characters. Do yours behave, or do they run the show? I think most of my characters are individuals.  Even those in my many short stories work together with their partners.

What’s the most challenging thing about writing characters from the opposite sex? Keeping the storyline clean.  Would I let my wife read this?

Do your protagonists ever disappoint you? I don’t think so.  They may stumble along the way, but they learn a life lesson by the end of the story.

Do you ever kill a popular character? If so, what happens to your story? I wrote a fiction short story, and I killed off a character, a K9. I figured if Disney could kill Ole Yeller, I could kill my character.  I took for granted that people would realize it was fiction. The story was published in the FOP Journal.  I received a call from the office staff; a K9 officer wanted to speak to me.  I called the officer, and she told me she wanted to meet the handler in the story.  I told her it was impossible since the story was fiction.  She yelled, “You bastard!”  you had me and my entire family crying, and it was make believe!

Do you base any of your characters on real people? Yes, but with a lot of literary license.

Do you outline, or are you a pantser? Probably a bit of both.  I like doing research, but with short stories,  I like to sit in front of the computer and let the story flow.

What kind of research do you do? I like doing interviews.  Getting the story from the protagonist and letting him check my material to see if it correct.

What is the best book you ever read? I would have to say almost all the works of W. E. B. Griffin. He combined history and characters into a story that worked so well you didn’t want to put any of his books down.

Looking to the future, what’s in store for you? I have been thinking about a story for years.  I just didn’t know if I wanted a fictional story about a location that I know from experience or to make it completely fictional.  Also, do I really want to get involved in a long writing process or stay with short stories?

Do you have any advice for new writers? Don’t be overcome by rejection.  Use rejection as a learning tool.  Find a writers group or gentle critique group. Also, learn to love writing and storytelling but don’t expect to become rich.  If you do, then you will be disappointed.