“The Felony Murder Rule is a real winner.” Michael A. Black 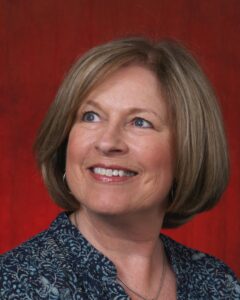 Thonie Hevron is a retired 911 dispatcher who makes her home in Petaluma in the Sonoma Wine Country, California with her husband, Danny. When not writing, Thonie rides horses and enjoys traveling. Her work has appeared in Beyond Borders: 2014 Redwood Writers Anthology and Felons, Flames and Ambulance Rides: Public Safety Writers 2013 Anthology. She is the author of four award-winning mystery/thriller novels, By Force or Fear, Intent to Hold, and With Malice Aforethought, are currently available on Amazon but will be re-published by Aakenbaaken & Kent (A&K) in the future. A&K has published the fourth mystery, Felon with a Firearm.

Please tell us about Felony Murder Rule and any comments about any other of your books: All the titles are elements of the main crime. My newest book is titled, Felony Murder Rule, which mandated a sentencing enhancement for felonies committed in which a homicide results. In 2018, this rule was abolished in California with one exception. The book takes place in 2018 before the court ruling. Meredith and Nick are tossed into a decades old crime involving her father. The clock is ticking as rival criminal factions jockey to use her to find a cache of stolen money. 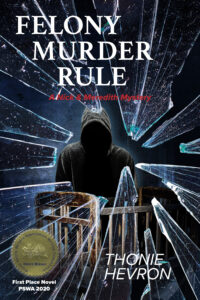 At home one night, sheriff’s detective Meredith Ryan surprises an intruder leaning over her baby’s crib. Unable to catch him, she launches a dangerous journey to protect her family. The death of her father the next day steers her onto a path of deceit and mystery where the two incidents are connected by the mysterious man in her nursery. With Nick, her husband, they unravel her father’s involvement in a robbery/homicide years ago. To find the hidden loot, competing crime rivals plot to use her family as bargaining chips. Meredith and Nick must find the truth in the next 24 hours before the criminals close in on her family.

My series is called the Nick and Meredith Mysteries, but they’re really more thrillers than classic mysteries. They are stand-alones but follow Sonoma County Sheriff’s detectives on different cases. In By Force or Fear (an element of stalking), Meredith is stalked by a judge while she tracks a killer. Intent to Hold (an element of kidnapping) follows Nick and Meredith as they go to Mexico to rescue a relative being held hostage by a cartel. With Malice Aforethought is a necessary component of murder and a homicide is what the detective partners are investigating when they stumble upon a militia with violent plans.

What are you currently working on? I’m currently re-editing my first book, By Force or Fear. My current publisher, Aakenbaaken & Kent, has committed to re-publishing the three previous Nick and Meredith Mysteries. I want it ready when he hollers for it. They are currently on Amazon and self-published.

Has an association membership helped you or your writing? Yes, as a matter of fact. I belong to two such organizations. First, I joined the Police Writer Association back in 1997 or so when I first began to write seriously. It’s morphed into the Public Safety Writers Association. The thought of a bunch of police/fire/medical emergency personnel writing was captivating. Writing is a solitary enterprise—or at least, it used to be. The bottom line is you get what you give: I’ve gotten so much from these members. Expertise and experience sharing, networking, and building relationships with professionals from across the continent (including Canada). Sometimes, it’s just a shoulder (Marilyn, did you hear that?), but I found a terrific mentor and some darn good friends in this group. The second, Redwood Writers is my local writers club. Through membership and volunteering, I found out about goal setting, marketing strategies, immense help with the writing craft, and again, building relationships.

We hear of strong-willed characters. Do yours behave, or do they run the show? My first novel took me almost a decade to write, so I was pretty clear on who was going to do what. By the time I was underway with the second manuscript, I had a plan, but these darn main characters decided to hijack the story. Originally, Nick and Meredith were partners and not supposed to fall in love. But things being what they are, in Intent to Hold, their feelings for each other emerged. By the third story, With Malice Aforethought, they both knew a relationship was unavoidable. So yeah, they tend to run the show.

Do you base any of your characters on real people? Funny, people ask me that all the time. Most of my characters are a mash-up of people I’ve known throughout my career in law enforcement. The criminal types are complete fiction, but the cop and civilians are part ‘so-and-so’ with a dash of ‘that guy.’ The only exception was a peripheral character in Malice. One of my readers recognized him (we had both worked with him), and we got a good laugh. He’d passed away at that point.

Do you outline, or are you a pantser? I’m an inveterate outliner. I like structure, and in mysteries/thrillers, the author has to intersperse clues and red herrings in appropriate places. I don’t like to go back and do it, so I plan them out. But, as I said above, sometimes the characters have their own agendas and take over the story. Thank God for computers. I’d hate to have to do all that on a typewriter.

What is the best book you ever read? Hands down, Larry McMurtry’s Lonesome Dove. It has everything: drama, history, humor, romance, physicality, and horses.

Looking to the future, what’s in store for you? I’ve got another book percolating while I do my edits. It will be a new set of characters that I hope readers will be equally fascinated with. For now, it’s set in Ireland. I’ve never been there, but once Covid 19 is under control, I plan on traveling there and anywhere else where I can persuade my husband to go. He’s ready, too.

Comment by Michael A. Black: Thonie Hevron’s latest novel, The Felony Murder Rule, is a real winner. The engaging characters had me rooting for Meredith and Nick all the way through this complex case that involves a crime from the past that comes to roost in the present. Ms. Hevron’s smooth and elegant writing style, combined with the intricate plot and excellent characterization, makes it a very pleasant reading experience. ~ Michael A. Black, author of Legends of the West, Dying Art and Cold Fury in the Executioner series (as Don Pendleton), and Gunslinger: Killer’s Brand (as A.W. Hart).

Where can our visitors contact you or buy your books?

By Force or Fear