A murdered metal sculptor. A Russian mobster on the hunt. Can a talented PI outsmart a vindictive killer who has her in his crosshairs? 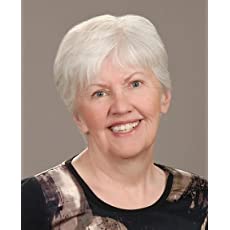 I’m a lifelong reader of mysteries – historical, contemporary, futuristic, paranormal, hard-boiled, cozy … you can find them all on my bookshelves and in my e-readers. I honed my logic and planning skills while working as an IT project manager. Still, my characters and dialog benefited greatly from my second career as a Congregationalist minister. (No, I don’t write Christian fiction, but I confine myself to mild profanity as needed for the character and avoid any explicit sexual scenes. No judgment on those who do. It’s just my preference.)

I grew up an Army brat, living in Germany, France, and Korea, and several states in the U.S. After my dad retired, we settled in Milwaukee, Wisconsin. I raised my daughter and son there while working at AT&T.

My Maltipoo Teeny and I now live in Wellington, Colorado, a few miles south of Cheyenne, Wyoming. One of my greatest joys is hearing my three granddaughters shout ‘Nana’ when I come in their front door in Fort Collins, Colorado. No matter where I make my home, I will always be a Green Bay Packers fan.

Do you write in more than one genre? I’m a mystery/crime thriller gal, through and through. That said, there are a gazillion sub-genres under those two big umbrellas, and I’m looking forward to exploring a few. I’ll start a historical spin-off series to my Angelina Bonaparte books next. And there may be a dog in one or two of those. Or even a paranormal element. We’ll see.

What brought you to writing? I was always the kid with my nose in a book. I just love to read. Back then, I used it as a way to escape reality, and I still do. In the late 1990s, as I planned to enjoy a pre-bedtime chapter or two, I once again got that feeling of ‘I could do better than this.’ So I put my money where my mouth was and started taking classes. Then I joined a local writers’ studio, where I learned accountability (pages due!) and where creative feedback and encouragement really energized me to write. From there, I worked up the courage to send my baby, Truth Kills, into the world.

Where do you write? What, if any, distractions do you allow? I have a micro-office in one corner of the guest bedroom – comfy chair, computer cart to hold my laptop and monitor, and the biggest distraction in the world – my Maltipoo, Teeny. She’s a senior dog now, but she does demand intermissions from me for potty breaks, feeding, and a few minutes of toss the toy. If not for Teeny, my neck would probably be more cranked than it is, so I don’t complain.

Has an association membership helped you or your writing? I remember being afraid to enter a writer’s group at the beginning. What if they don’t like my work? What if someone steals my ideas? What I found was a place where I could safely fail and start again. A place where I was told that I was good enough—a place that felt like home. I wouldn’t be a published writer without that kind of support, and one of the first things I look for whenever I move is a critique group.

How long did it take you to write your first book? It seems like it took forever because I worked full time at a demanding IT job and raised two kids as a single mom. Besides, I was learning the process as I went. (Thanks to patient critique partners and a writing coach.) Truth Kills was published in 2012, after more than a decade of work on it. Since then, I’ve averaged a book every two years. I’m certainly not the fastest writer out there!

Do you ever kill a popular character? If so, what happens to your story? I’ve never killed a main character in the series arc, but I did kill a sympathetic character in Honor Kills, book four. The story called for it, and I could find no authentic way to end it happily. I will say that I got mixed reactions from readers, who to this day tell me that I need to resurrect the dead. I love that the readers really related to the character and I, too, feel the pain of letting him go.

Do you outline, or are you a pantser? I started out as a pantser exclusively, but now I’m more of a hybrid. After two books that required extensive rewrites because I created big plot holes without realizing it until the end, I learned my lesson. Now I follow James Patterson’s recommendation in his Masterclass – I lay out a high-level outline and write one paragraph per intended chapter. Of course, there are still a few kinks. In Blood Kills, I moved the exposure of the murder victim as an assassin (but was he?), which resulted in a cascade of edits to keep all the pieces in place. So I don’t strictly adhere to an outline, but I find that a general sense of how the story will unfold keeps me from needing to start over.

What kind of research do you do? I hate to be caught out in a factual error, so I contact experts (who are surprisingly willing to help), run internet queries, ask online groups for help, and, of course, talk to librarians. And some lovely readers even do occasional research for me. Typically, only about 10% of the research ends up being used in the book. However, it is still very useful in guiding the actual writing.

Where do you place your settings—real or fictional locations? My PI Angelina Bonaparte Crime Thrillers series is set in Milwaukee, Wisconsin, where I grew up after my dad retired from the Army. I use the local landmarks and the Milwaukee slang and cultural group accents (think Polish- and Italian-American) to flavor the stories. Like P. D. James, I treat setting as another character in the novel. Of course, Wisconsinites love it, but a reviewer from New Zealand even mentioned that she felt as if she ‘knew’ Milwaukee after reading the books. Love that!
What is the best book you ever read? The Lord of the Rings trilogy. So deeply layered, with characters (even the villains) that just leap off the page. I was delighted that the movies were largely faithful to the books.

Looking to the future, what’s in store for you? At the end of Blood Kills, Angie asks her papa for more information about her mother, who died when Angie was a child. She’s surprised when he stonewalls her, and her Aunt Terry tells her to look to the future and not the past. The last line in the book: Well, I thought, if they won’t help, I’ll have to do some investigation on my own. 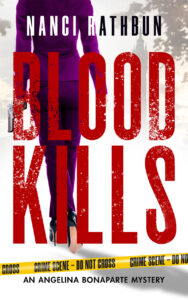 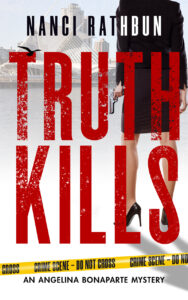 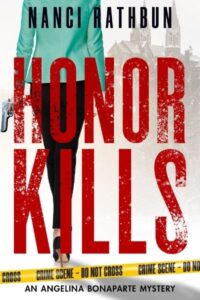 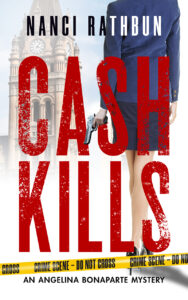 This leads into my new spin-off series that follows Angie’s mother (involved in uncovering WWII espionage), grandmother (1920s journalist), and great-grandmother (post-Civil War feminist and astronomer). I see lots of research in my future!

Anything else you’d like to tell us about yourself and your books? Let me just say to all those people who always wanted to write a book, but whose lives got in the way, it’s not too late! I’ll reveal my age and say that I was in my early sixties when my first book was published. I’d had two careers before then: IT project manager and Congregationalist minister. At every step of my life, I was able to take what I already learned and leverage it for a new adventure. If you’re willing to put in the work and realize that it’s usually a slow process to publication and an even slower process to build a reader base, you can make it happen.