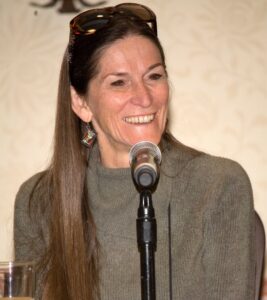 I came to sunny California when I was very young, but not too early to have forgotten the cold winter months we left behind. I taught school for 12 years, practiced law for 12 years, owned and operated a business for 12 years, and am on my 12th year as an author. I think this is my final career and my longest since I still have a lot of books in my head.

My first book, The Advocate, a legal suspense mystery novel, was published in 2009. I have since written 11 more books in that series and three whodunnit mysteries in a spin-off series. The Advocate’s Labyrinth (#12 in The Advocate Series) was released in December. My most recent work is the third book in The Super Mystery Series, Recovering Rita. It launched a few days ago on May 11.

Recovering Rita – When a young girl goes missing from a Hutterite colony, the case is personal for Tuper. So his tech-loving sidekick, Lana, goes 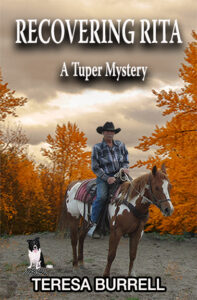 undercover. She quickly learns that Rita has a love interest on the outside, but as they start to think she eloped, another Hutterite girl disappears.

As Tuper seeks help from old friends, Lana hacks into their suspects’ backgrounds, but their leads hit a dead-end. Instead, she discovers a disturbing conversation about sex trafficking on the dark web.

Out of leads, Lana makes the ultimate sacrifice and sets herself up as bait. But their plan goes sideways, and Lana’s life is soon on the line.

Do you write in more than one genre? The majority of my books are mysteries. The Tuper Series is made up of whodunnits. The Advocate Series are legal suspense novels. But I have also written a marketing book for authors and three children’s books. They were fun to write, but my heart is primarily in the mystery genre.

What brought you to writing? When I was young, we only had two books in our house, the Bible and a book my Godparents gave me about a little girl who had a doll named Teresa. I was in awe that the book had my name in it. My older sister would bring books home from the library, and she taught me to read. I loved books and soon learned to lose myself in them. I would take the most wonderful adventures through books. I could go anywhere and be anything as long as I could read. I would sit and dream that someday I would write my own book and have my name on the outside. Back then, it was just a dream. I eventually made it a reality and discovered “To Write is to be anything you want.”

Tell us about your writing process: I use the Raymond Chandler method. He was known to have said, “I only write when I’m motivated, and I’m motivated every morning at 9:00.”

Writing is a business, and I happen to like my business. I start a little earlier than Raymond Chandler. I get up in the morning around six and walk into my office and start to write. I do that every day when I’m not on the road. I travel a lot doing book events, so I don’t write every day. I write until eleven, and then I stop. My goal (on writing days) is to complete 2000 words per day. I make it most days. During Covid, I’ve been able to write far more days because I wasn’t traveling. Pre-Covid, the length of time it took me to write a book ranged from four to eleven months. My last book was done in seven weeks—the only good thing for me that came out of this pandemic. 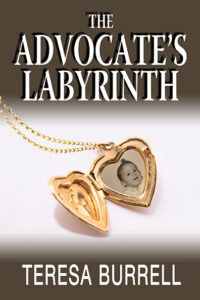 What are you currently working on? I’ve written twelve books in my Advocate Series, and they are written in alphabetical order. My next project will be the “M” word, The Advocate’s M______. I don’t know what the title is yet. I also have three books in a spin-off series, A Tuper Mystery Series. My latest book was from that series, Recovering Rita. It released May 11, 2021. But right now, I’m co-writing a book with a colleague. She’s an excellent writer and a lot of fun to write with. However, our writing process is very different. She’s a plotter, and I’m a pantser, so it has been a bit of a challenge for both of us. I’m really enjoying the process, though. It’s a nice break from working alone.

How do you come up with character names? I use a lot of character names of family and friends. I also enlist my street team to help me pick names for characters. They come up with some great ones. One of my characters is named Tuper. He’s an older man who lives in Montana and likes guns, gambling, and women. He’s loosely based on my brother. I used the name Tuper for him because that’s what I called him when I was young. (That’s a photo of him on the cover.)

Looking to the future, what’s in store for you? When I started writing, I did it just to see if I could. I wasn’t writing to get published but to fulfill a childhood dream. I enjoyed the process so much I decided to go for it. I named my first book The Advocate, and my second The Advocate’s Betrayal. When I wrote the third book, my publisher told me I had to pick a word that started with C and that started the alphabetical order. It wasn’t intentional until the third book. I have twelve books in the series now, which means I have fourteen more to go—I hope I can last that long. I don’t see myself retiring any time soon, so I will keep at that goal as long as I can.

I’m looking forward to getting back to in-person events. I miss being on the road and meeting my readers. That’s one of the highlights of this profession for me.

Do you have any advice for new writers? Just do it! If you want to write, then write. Don’t let anything hold you back. And don’t say you don’t have time. I wrote my first book while I was practicing law in juvenile court. I was working 12-14 hours a day, seven days a week. When I decided I wanted to write it, I set my alarm an hour and a half early each morning, and I would write until it was time to get ready for work. Six months later, I had my first novel. Twelve edits later, I had my first marketable book.

Anything else you’d like to tell us about yourself and your books? I just want to thank all my wonderful readers for their loyalty and support and for making my dream come true.