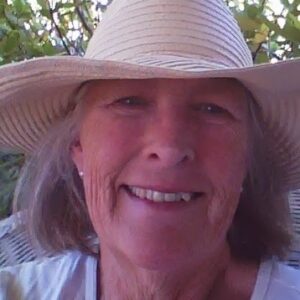 Hi George and Readers, It’s a pleasure to be back. I’m excited to announce the first four Argolicus Mysteries are now available in a collection, Argolicus Series Books 1-4.

The stories are traditional mysteries with late Roman Italy as the backdrop. History changes, but people remain the same. That’s what I find is fun about writing historical mysteries.

The Roman Heir: Argolicus begins a journey home to retire from politics. As a personal favor, he delivers a book to a young scholar. But the young man’s father is murdered hours before, and Argolicus is tasked to find the killer among the patricians in an unfamiliar town where he knows no one.

The Used Virgin: The governor holds a family friend prisoner. When Argolicus visits to investigate, he unearths a greedy plot to tarnish a good man’s name. To expose the plot, he must challenge the governor’s venal power to reveal a scheme.

The Vellum Scribe: When Argolicus’ uncle finds a dead body, it starts a chain of treacherous alliances based on greed and envy based on old friendships. But then an ambush attack produces a clue.

The Peach Widow: A simple request from his mother sends Argolicus to settle a legal question in a family at odds. Perplexed by subterfuge and greed motivating each family member, he finds no clues until the farm dog starts to play.

What readers are saying:

I started writing these stories when I was researching for a longer book. One of the letters in Cassiodorus’ Variable, he wrote as Prime Minister for King 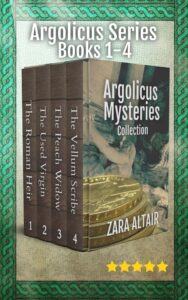 Theodoric, mentions a strange punishment. Scholars wondered what could cause such a puzzling punishment that wasn’t much of a punishment.

I thought, Who better to put this mystery to rest than our hero, Argolicus. And, so, The Used Virgin came to life. It’s the only mystery in the series with no murder but an attempt to kill a man’s reputation.

Argolicus was a real person at the time of Theodoric’s reign in Italy. He is mentioned nine times in Cassiodorus’ Variae as praefectus urbis of Rome.

Argolicus is a learned man who turns detective at the bidding of friends and neighbors who know him as trustworthy, wise, and fair. His tools are the logic of Aristotle, the self-restraint of Epictetus, the theology of Arius, and the empirical insights of Marcus Aurelius, all sharpened to an edge by ferocious curiosity. He collects evidence, deciphers politics, and digs into the deepest secrets of the human heart.

Zara Altair writes traditional mysteries set in Ostrogoth, Italy. Meet Argolicus, the Roman patrician who thinks his way to finding a killer. The Argolicus Mysteries are The Roman Heir, The Used Virgin, The Peach Widow, and The Vellum Scribe.

The Grain Merchant, the fifth in the series, was recently released.

A mystery lover since childhood, she writes about writing for several publications, including ProWritingAid and International Thriller Writer. A member of Sisters in Crime., Zara lives in Beaverton, OR, where she reads, walks among trees, and shares space with a cat. She coaches mystery writers at Write A Killer Mystery. Find her video tutorials on YouTube.