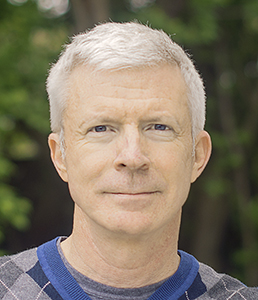 Mark Coggins was born in the Four Corners region of New Mexico and is an enrolled member of the Choctaw Nation. His work has been nominated for the Shamus and the Barry crime fiction awards and selected for best of the year lists compiled by the San Francisco Chronicle, the Detroit Free Press, and Amazon.com.

THE DEAD BEAT SCROLL – Private investigator August Riordan’s quest to avenge the death of his old partner drops him in the missing person case his partner was working when he died. An alluring young woman named Angelina is looking for her half-sister, but what Riordan finds instead is a murderous polyamorous family intent on claiming a previously unknown manuscript from dead Beat writer Jack Kerouac.

What brought you to writing? I composed my first published short story, “There’s No Such Thing as Private Eyes,” in the late ’70s for a creative writing class at Stanford University taught by Ron Hansen. This was shortly after I’d learned about Raymond Chandler and his distinctive writing style in another class, that one taught by Tobias Wolff. I was all of 19 years old when I typed out the original draft on my Smith-Corona portable, but it was eventually published in the mid-1980s in a revival of the famous Black Mask magazine, where Hammett and Chandler got their start.

In addition to being my first appearance in print, the tale also introduces my series character, San Francisco private eye August Riordan.

Tell us about your writing process: I maintain a research folder on my computer for each novel I write. In it goes digital photographs, Word and PDF files, links to web pages, etc.—anything that can be stored on disk. I also have a small notebook in which I write a variety of things, including location descriptions, snatches of dialog, plot ideas, and similes. The dialog can be imagined or something I’ve overheard.

Of course, the reason I have the notebook is to draw upon the entries when I’m writing. If I decide to use an item from the notebook, I put a tick mark beside it, so I know I’ve already put it in a novel. But even when I don’t select something I can use directly, I find thumbing through the notebook can be helpful, especially when I’m suffering from writer’s block. Somehow, just reading through everything I’ve jotted down can be inspirational, and I usually come up with an idea to get me back on track again.

Do you ever kill a popular character? If so, what happens to your story? Yes, in The Dead Beat Scroll, I killed a character named Chris Duckworth. (This isn’t a 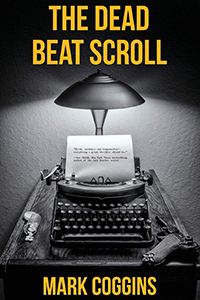 spoiler since the book begins with news of Duckworth’s death.) Duckworth was Riordan’s sidekick for five of the seven books. Many readers found his personality and the byplay between Riordan and him to be one of the most entertaining aspects of the novels. Although Riordan and Duckworth are estranged at the time of Duckworth’s death, I hope Riordan’s regard for Duckworth and the real grief he experiences come across in the book. I found the process of writing the final scene in the novel—which is a celebration of life for Duckworth—to be particularly poignant. I hope some of that poignancy is transmitted in the text.

What kind of research do you do? The first research I do is on Bay Area locations, where most of my books take place. I usually walk around a neighborhood I’m going to set a scene in, taking both pictures and notes that I use to jog my memory when I get to the actual writing.

I also do research about the theme or social issue I’m using to drive the plot. For instance, in my novel Runoff, I researched electronic voting and the possibility of defeating the security of voting machines to rig an election. To do that research, I interviewed computer science experts on the topic and talked with poll workers who had an “on the ground” understanding of how the machines are used in a precinct.

For my novel Candy from Strangers, which was about cam girls, I interviewed a young woman who has a website where she solicits anonymous gifts.

Where do you place your settings—real or fictional locations? My settings can probably best be described as hyper-real. I try very hard to set every scene in a real location—often in San Francisco—and many of my books feature black and white photographs of those locales.

Do you have any advice for new writers? I can’t emphasize enough the importance of critique groups. In addition to providing camaraderie and support, they give you feedback, encourage you to write to deadlines. Reading other writers’ work with an eye towards making suggestions for improvement helps me better understand what does and doesn’t work in fiction. Good writers read a lot, and even better writers read a lot and analyze what they are reading.

Podcast (where I do serial readings of some of my books) – https://riordansdesk.buzzsprout.com/