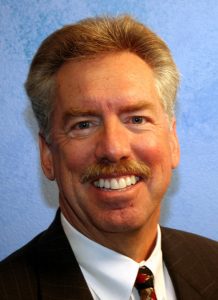 Daniel Hobbs has been a city manager in seven cities across the country, in Maryland, Texas, Michigan, and California. My career took me overseas as an American local government official to W. Germany, Poland, and Japan.

I have been married to a wonderful, patient woman for 35 years, a beautiful native of Peru, who endures my anxieties and writing distractedness with good humor.

Ben Leiter is the author of four published books, available on Amazon and Kindle:

Is there a thread or theme that ties your books together, even though they are of different genres? Yes, very much so. Together, these four books examine the cataclysmic collision between the expectations of the baby boomer generation and the primal forces of politics, religion, and romance.

Why the pen name Ben Leiter?  If you read any of my books, you’ll understand why immediately with the authentic, explosive nature of the material and the controversy of storylines and subplots.

Using a pen name provides me the psychological freedom to write what I want; to explore themes without embarrassing me or my family.

The name Ben Leiter translates “been leader” if you use the German pronunciation of the last name. It describes my previous profession as a city manager in seven cities.

Why do you write? Answer: To find out what I think; to figure out why I think what I think; to investigate “what it’s all about.” And to avoid boring people with my strong opinions in conversations. If I put my views on the written page, I must present them in an intelligent and interesting fashion, or the reader won’t turn the page.

Also, writing fiction allows me to explore my favorite theme of betrayal and its sub-themes involving politics, religion, and romance.

What do you want to achieve? Writing objective? Validation as a good writer who has something to say worth reading.

I’ve met and talked with Andy Weir and Bob Woodward.

Bob Woodward and I shared common associations from decades ago in Rockville, Maryland, outside of Washington, D.C.

Can you describe the impact any books have had on you? I’d rather have lunch—at the risk of being lunch—with Hannibal Lector from Silence of the Lambs than with the female protagonist in Flynn’s Gone Girl. That wife-protagonist is like real-world-scary. She’s out there walking around, for sure. Flynn’s book ranks with Catcher in the Rye; The Spy Who Came in from the Cold; and Exodus.

A Leon Uris book, Trinity, provided insight into what we Irish call The Troubles— the colonization atrocities of the English. (I’m part English too, but the Irish always wins out—so much more colorful.)

Tell me about your protagonist in your most recent book. Why will readers like him? My hero protagonist, Father Gabriel Alphonso Esquivel Garza, is a 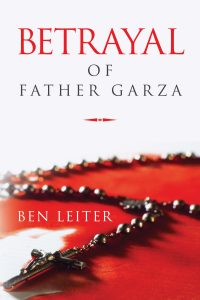 Hispanic-Schwarzenegger-Rambo-renegade Catholic priest with a Zorro complex. He refuses to let principles keep him from doing what is right. He is merciless in defense of children.

Are you a Pantser (write by the seat of the pants, ad hoc) or a Plotter (outline in detail before writing)? Both—here’s how and why. I rely on The Muse, or inspiration, or whatever has caught my fancy at the moment to fling words on paper. Once I have enough “somethings” on paper, I start organizing and putting them into a table of contents with detailed notes under each chapter, which is the equivalent of an outline. I then keep adding, revising. I move stuff I delete to the end of the working draft, to be probably brought forward at a future time after it has “matured.” Advice: never throw anything away.

I experience difficulty deleting my pet phrases and scenes. Some famous author said that your favorite computer key should be the delete key.

How do you vet your work? Three critique groups; two California Writing Club memberships; past developmental editing by Scott Evans, author and English professor at the University of the Pacific.

Strengths and weaknesses of your manuscripts? From the professional writing feedback I have received over the years, the strengths of my work seem to be the imagination, the creativity of the work, and the character (good and bad) of my protagonists.

My drafts have received deserved hits by critique groups for not always letting the reader know immediately what is going on and where we are at. I accept that criticism because I want to pull the reader in. I want the reader to do a little bit of head work.

I love John LeCarré’s writing with its exceptional use of indirection. I remember becoming frustrated in one of his books because I found myself on page 65 and had no idea what was going on. Then I realized. I was in the same situation as the book’s protagonist, trying to identify the traitor in The Circus, LeCarré’s name for British intelligence. The protagonist reflected the puzzle-palace-nature of the events swirling about him. Well done, John.

I also plead guilty to occasional finger waving and sermonizing, which I detest in an explicit form. I prefer my characters to carry that water for me in a hopefully more subtle fashion.

Any indications of a writing life earlier? Over my city management career, I penned many professional articles on everything from strategic planning to embezzlement, which appeared in nationwide publications. At one point, I even had my own column in a newspaper.

I always tried to make my articles interesting or to have a twist. For example, one article carried the all too true title; SOMEONE IS STEALING THE TAXPAYERS’ MONEY!

As budget director for a large Texas city, I always wanted to tell “the story” behind the numbers. I saw too many budget staff letting themselves get lost in the numbers or “hiding” in the numbers. I felt it important to be clear to my boss, the city manager, his bosses, the city council, and the public about exactly what the budget meant for them for the following year.

I continually rewrote the 20-page budget message at the beginning of the 500-page budget document to get the message right. One of my senior staff, exasperated at my numerous revisions, said, “You’re just a frustrated novelist.” I demurred at the time, but she was correct.

Two of my favorite quotes from that same government staff, one from a very talented colleague, “Numbers are our friends.”

Late in my career, in a job interview with a city council, I was asked why I had published so many articles. The unexpected question triggered a response that I did not know I possessed, “I guess it’s a way to leave a legacy.”

What is your educational background? I am a Case Western Reserve University Ph.D.-in-political-science-drop-out. But, I did secure a Master of Public Administration and a Master of Urban Affairs, an interdisciplinary planning degree.

My B.A. held a major in political science, with minors in English, Philosophy, and Theology.

Other writing observations? I have been pleasantly surprised by the number of people who share my love of books, reading, ideas, and writing.

I relish the open-endedness of the mental challenge of writing. I will never be able to exhaust it. It will wear me down first, I fear.

I respect the work ethic required to become a successful writer, whether commercially published or not.

I admire the creativity of the process and the final product.

I have had Stephen King’s experience, where I get into the story or one of the characters, and it takes on a life of its own and goes places I had not planned.

Since I developed my “rule” years ago never to go back and read a book the second time, this writing occupation gives me the justification and permission to revisit old book-friends.

I should be able to handle the rejection. In my past career, along with the public accolades and good salary, I experienced an enormous amount of criticism—it came with the job territory—on an almost weekly basis. I’m used to it; maybe I miss it and need it.

While my brother has become an accomplished amateur oil painter, I paint with words.

I want to be as accomplished as he in my own artistic genre. But better than oil painting, I can constantly revise my work.

Another reason for writing—it keeps the mind sharp. My family shows too much history of Alzheimer’s. Maybe writing will delay or forestall some of the mental ravages of old age.

Then there is the possibility that I might have something to say. Having been around for decades, I would expect myself to paint some life pictures accurately, if not brilliantly, perhaps with some insight, too, especially if I have been paying attention. Have I? Perhaps I can say something memorable about this thing we all share called the human condition. If I can, then what becomes fascinating are all the ways there are to describe this common experience: short stories, poems; essays; novels.

I have always been a bookworm, loved to read. The mid-westerner in me must justify all those academic credentials and insists on looking for a practical application—writing is it.

I have been energized by writing.

Any final reflection? In my case, the most important contributor to writing was my reading at an early age and continuing non-stop the rest of my life. I was that ten-year-old kid continuing to read under the sheets after my father told me to turn the light off and go to sleep.