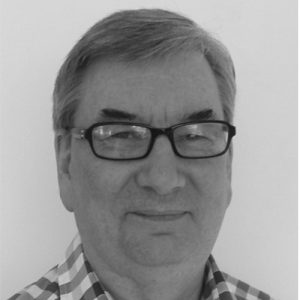 KEITH FINNEY – Trained as a carpenter, ran his own furniture-making business by age twenty-two, and later became a college lecturer. His career highlight (to date) involved travelling the world on ocean liners, teaching supervisory staff, and being seasick on every voyage – Following further promotions, Keith retired from his post as an assistant principal of a large college several years ago and is now an author and proud grandad to five adorable kids.

There’s something about writing that I find incredibly motivating. To start the day with a blank computer screen, create stuff that didn’t exist before. Then a few months later, push the ‘publish’ button on a distribution platform and see readers buying your creation. How cool is that?

I wrote my first book over thirty-five years ago. Handwritten, it’s still in the (much faded) blue folder I placed it in around 1985. I’ll occasionally peek at it, although my handwriting has changed so much over the years, I can hardly read it now! The thing is, I hadn’t a clue what to do with it at the time and soon went into teaching. It’s languished in a variety of cupboards over the years as I moved around England, building my college career.

In 2013, I discovered Amazon KDP and decided to have another go. I wrote a series of short stories under a pen name (I wasn’t brave enough to use my own!). One of those books immediately became a best seller in its category and remained so for eighteen months. ‘This is easy,’ I thought. Of course, that was nonsense, and repeating my early success proved elusive, to say the least.

Move forward a year or so, and I published a trilogy of books in a different genre under a new pen name (see, still not confident to use my real name) – and paid the price of not getting a development editor to look over the manuscripts. I also made a crucial error in tinkering with the text after my chosen proofreader corrected the original manuscript. As all authors know, Amazon reviewers can be a ruthless lot. Disheartened, I unpublished the series and stopped writing for a couple of years.

In 2017, I decided to make a final attempt, but this time be better prepared. I spent time reverse engineering the books of several best-sellers in my chosen genre, then subscribed to a training programme put together by a UK/US best-selling author and trainer (he still is) and basically learned how to put an engaging book together.

The result? The creation of my ‘Norfolk Cozy Mystery’ series, with six published to date and more planned this year. The success of that series (in the UK at least!) led to an email from London publishing house, Lume Books. They commissioned me to write a three-book series of cozy mysteries set in WWII, England, which features vicar’s daughter, Anna Grix, and American Lieutenant Eddie Elsner. And so, the ‘Lipton St Faith’ mysteries were born, the final title, ‘A Deadly Mistake,’ is published this very day (20th Jan 2022).

My new self-published series, ‘Rex and the Dowager, is now live with the first book, ‘A Posh Murder‘ remaining popular and second title, ‘A Spiffing Murder,’ slated for publication in early April. Set in 1920’s England, the cozy crime novels revolve around the interaction of the three lead protagonists, the Dowager Duchess of Drakeford (esteemed amateur sleuth in aristocratic circles), her young ward, Rex Sutherland, and wily old Detective Inspector Whipple of Scotland Yard. I adore the historical aspect of the tales and using a form of language that has mostly disappeared from everyday usage.

Tell us about your writing process. I’m very much a morning person, so I aim to get my word count in by lunch. When I’m in full flow, I aim for around 3,000 words a day, although I don’t beat myself up if it’s less.

Do you outline, or are you a punster? In the main, I prefer to outline. The issue is that I tend to put too much detail into the plotting. While this makes writing each chapter relatively quick, the downside is that plotting a new novel can go on for weeks and weeks, which drives me nuts. So, I generally start by plotting the first few chapters in detail but then allow the characters to drive the mystery – now we’re in the tricky realm of plotting and pansterism running side by side! However, I make sure to pin down who the main antagonist is, the red-herring characters, and the means by which the bodies are ‘bumped off’ so that I don’t drift too much and can resolve all the story lines by the time I type ‘END.’

What obstacles do you face when writing about historical figures? It’s not just the people. I like to include real locations/events. I use these to ‘anchor’ the mystery in terms of time and place. I love doing the research but have to be disciplined in not turning a light-hearted cozy mystery into a treatise on English history! There’s also a real danger that my readers know more about the subject than I do. For example, I outlined a train journey in my first ‘Rex and the Dowager’ book, only for a reader to inform me that in 1922 the train route did not exist… and told me how to correct the passage!

Looking to the future, what’s in store for you? I’ve just commissioned a narrator for ‘A Posh Murder’ and am excited by what I’ve heard so far. If it goes well, there will be more audiobooks as the year progresses. My other focus for 2022 is to write at least one additional title in my ‘Norfolk Cozy Mysteries’ series and books two and three featuring Rex, the Dowager, and Whipple of the Yard!

Do you have any advice for new writers? I’m hesitant to give advice to budding authors, so what follows is simply borne from my own experience.

Don’t spend money on every ‘new shiny object.’ If you need help with self-publishing, jump in and invest in Mark Dawson’s 101training (not an affiliate link!). It’s expensive, but you can pay monthly. The modules teach you all you need to know – and hopefully stop you from making the expensive mistakes I’ve made over the years.

Self-publishing does not offer ‘the cheap option’ in getting yourself ‘out there,’ but it is the most democratic. Write about something you like, use a pen name if you’re nervous about revealing yourself to the world, and upload to Amazon KDP or one of the other platforms. The learning curve is steep but to use an old cliche (which, of course, we never employ in our writing!) ‘You can’t start until you start.’