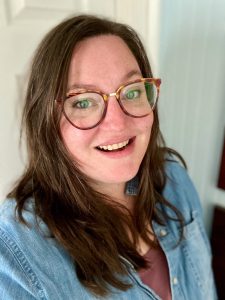 I’m Sue Pepper, and I write not so cozy mysteries for millennials. I live in the Pacific Northwest with my two kids, a fuzzy yellow dog, and a real-life action hero husband. I’m a former resident of Jackson Hole, Wyoming, pushed out by the billionaire-caused housing crisis, and I enjoy writing revenge and redemption for the fictional residents of my Jackson Hole Moose’s Bakery Not So Cozy Mystery series.

My newest book, Hot Springs Murder, is the second in the series and is set in snowy Jackson Hole winter. In it, my 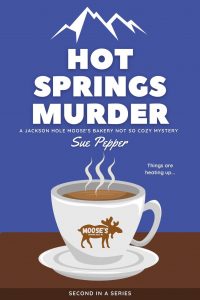 second-generation bakery owner protagonist Sadie Moose is enjoying a romantic evening in a moonlit hot spring with her new boyfriend when a dead body floating in the pool interrupts their steamy interlude.

Yes. Another dead body. But she is absolutely not getting involved this time. She has enough to do with a business expansion underway, her new renters, and her new relationship.

Except the chief suspect is the troubled grandson of one of the regulars at her bakery. She promises she’ll ask some questions to keep him out of jail. And then her new barista is a neighbor of the deceased, and she’s having a hard time sleeping, thinking someone in her tight-knit neighborhood is a murderer. So, Sadie asks a few more questions.

Soon, she’s embroiled in the investigation, with danger lurking around every snowy corner. With help from her sexy boyfriend, rowdy bakery crew, a maybe-mob-princess, and her trusty canine companion, Tyrone, Sadie must clear the mist surrounding this mystery before the killer boils her, too.

What is a not so cozy mystery? Cozy mysteries are defined by an amateur sleuth, unlikable victims, quirky characters, and a cozy setting. Death and violence happen off-page. My not so cozy mysteries have all those hallmarks, with the added spice of salty language and steamy scenes. They’re cozy mysteries for spicy romance readers, for everyone that’s watched a Hallmark movie and wished the characters acted more like real people. While my series has romantic elements, each book doesn’t have a Happy Ever After or Happy For Now, so they don’t qualify as romance. There will be an HEA within the series arc, though!

Where do you place your settings—real or fictional locations? I knew Jackson Hole was the perfect backdrop when I started writing this series. The tension between the strained local workforce, billionaire second and third homeowners, developers, tourists, wildlife, and conservationists was too delicious to pass up! We lived in Jackson for three years, and we miss it dearly. Setting my series there helped me reconnect with it and our memories of the place.

Most of the specific establishments are based on actual businesses, but renamed, moved, and tweaked for my purposes. Moose’s Bakery, Sadie’s family business, is inspired by three Jackson Hole coffee houses. It has the vibe of Cowboy Coffee Co, the location of Persephone Bakery, and the knotty pine look of Jackson Hole Roasters. Get Rich or Thai Tryin’, the Thai food truck my characters frequent, is imaginary, but how fun would it be if it was real? In Hot Springs Murder, the book is set at two different hot springs. Pritchard, which is based on the real Granite Hot Springs, just moved for my convenience and renamed, and Astoria Hot Springs, which are real and located just where I said in the book. I think taking author’s license to make things the way I wish they were is one of the most enjoyable things about writing!

Do you have subplots? How do you weave them into the series arc? My goal for this series is twelve full-length books with interstitial short stories between each, so my books are ripe with subplots! The lives loves, and adventures of each of the characters, not just my main character, will be explored throughout the series. Sadie’s crusade against developers and the ongoing workforce housing crisis is also an overarching plot. In book one, Mountain Town Murder, Sadie’s childhood home is under threat of being razed to make way for pricey condos the workforce can’t afford. I won’t spoil the ending, but the decision she makes about her home will play out for the series. I love writing my interstitial short stories, which occur between full-length novels and handle a smaller mystery, but flesh out subplots I don’t have room for in the main books. I have two of those out, Escape From the North Pole #1.5 and A Deadly Secret Admirer #2.5.

What brought you to writing? I’m the stereotypical “I’ve been writing all my life” person! Since I can remember, I’ve been scrawling ideas down in 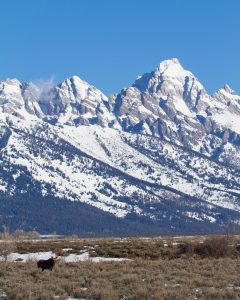 notebooks and hoarding them under my bed where no one could read them. I’ve plotted out dozens of books but never could get past the beginnings. I’d almost given up, but the pandemic brought me home with my kids, and over time, I started carving out time to research self-publishing and the business of writing. Last year, the idea for this series hit me, and I decided to write it, put it out on Wattpad, and stop worrying about what people would think. While I didn’t build much of an audience on that platform with only one story, I completed a book! After lots of tweaks, I published Mountain Town Murder in November 2021, and the floodgates opened. Now I can’t stop writing, and I plan to release four full-length novels in the series this year.

What are the challenges of being an indie author? I find being an indie author challenging but also so freeing. Whatever the problems I have are, it’s up to me to fix them. I get to set my priorities, and the limit to what I can learn and what I can earn are on me! The biggest challenge is balancing time between writing and marketing, as well as building funds to invest in editing, cover design, and more. I’ve found great self-publishing communities online that have taught me so much!

When’s your next book coming out? Book three in the series releases 4/26/22! Boss Babe Murder is set at a multi-level marketing retreat cut off from the world and is my first locked-room mystery. Sadie’s on her way to a hard-earned all-inclusive beach vacation, but she needs to make just one stop before she heads to the airport. When the road closes behind her, she finds herself stranded with the leaders of a pyramid scheme and their acolytes, including her in-to-deep friend from college and a mysterious man from her past who’s hiding his true identity. When one of the company leaders is murdered, and help can’t reach them, Sadie must solve the mystery to clear her friend’s name and discover the killer before they strike again.

Thanks for having me, George!