Judy Lussie uses her cultural background to write stories about Asian-American women. Her latest novella, Bought Daughter, is based on her grandparents’ immigration to America.

Judy writes women’s contemporary novels. Lake Biwa Wishes and the sequel Second Time Around were her first two novels. Her short stories have been included in several anthologies. Her most recent novel is titled Bought Daughter. 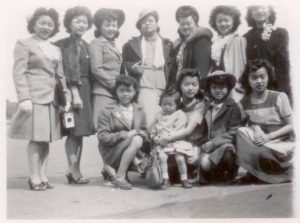 The original Moy sisters and their mother. The baby is Judy. 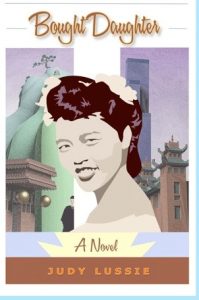 Bought Daughter: When she was a child, Mei-Ling’s poverty-stricken father sold her to a wealthy family. Despite her status as a Bought Daughter, she was determined to go to America. When the Chinese missionary Ah Pu proposed marriage and travel to the New World, she jumped at the chance, even though she did not believe in his God. Could a Christian and an atheist succeed in marriage? Would her past forever haunt her?

What brought you to writing? While on the Board of Directors of Presbyterian publishing Corporation, I was asked to write a week’s worth of devotions for These Days Magazine. At the time, I was the Technical Information Director of Lawrence Livermore Lab in California. This was my first experience in paid non-technical writing. As a result, I received many letters from old friends and compliments from new readers. One man wrote that his wife suffered the same disease I had–polymyositis. The following year he wrote that his wife had died. I offered my prayers. Then later he wrote that he met a widow whom he asked to marry and thanked me for supporting him with my letters. Until then, I never realized how writing could help another person.

Has association membership helped you or your writing? Yes. California Writers Club Tri-Valley Branch (of which I was Program Chair), San Francisco Writers Conference (5-year volunteer), and several writing classes. I met many New York Times best-selling authors and learned more about the art of writing, publishing, and marketing.

What kind of research do you do? The research for Bought Daughter fell into my lap. While visiting Angel Island Immigration Station, I was told I could find more information in NARA (National Archives and Records Administration). Previously, as a technical information manager, I was required to send NARA information with strict requirements. Finally, I became a user instead of a contributor. When I entered the facility, I showed them my grandparents’ travel info and signed up as a researcher. The attendant wheeled a cart full of papers in both Chinese and English, which they photocopied for me. With all that information, I knew I had to share it with others. I also use online resources. Taryn Edwards provided a comprehensive list of historical resources. 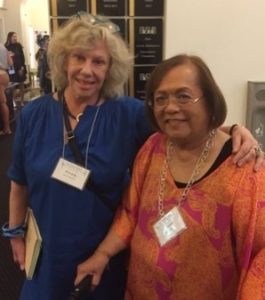 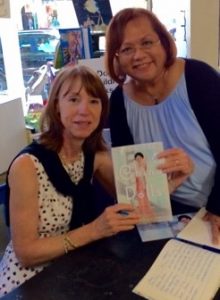 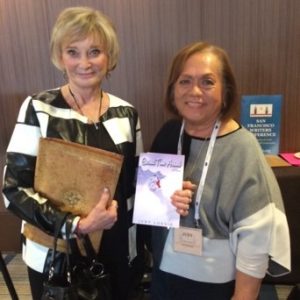 Where do you place your settings –real or fictional locations? I feel my story is more accurate in the locations I visited. For my first two books, I lived in Japan for two years and skied in many ski resorts around the world. For Bought Daughter, I lived in Chicago Chinatown as a child. I visited China as an adult.

Do you have any advice for new writers? Write, write, write. Even if you just put the manuscript on a shelf. Read, read, read. Highlight passages that move your heart and soul.

Thank you, George Cramer, for inviting me to be a guest blogger.

I can be contacted by email at Sursum Corda Press, LLC. I welcome your comments and questions.