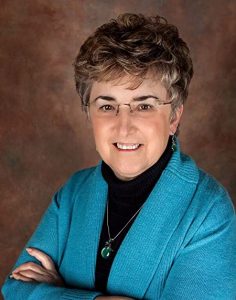 Susan began writing this cozy/traditional mystery series shortly after she retired in 2011 from a forty-four-year career in high school and college teaching. she’d written a memoir about her four decades in the classroom, but longed to write her favorite genre, mysteries.

The legacy of a decade-old murder trial plunges Grace Kimball and her town of Endurance into poisons, poppets, and an unforgiving past. The Witch’s Child (Endurance Mystery Four)

All the novels in this series take place in the small, Midwest town of Endurance. All celebrate the strength of women and the unrelenting hold of the past. Every other book in this series has a definite birth story, but not The Witch’s Child. It simply came to me, possibly a reflection of the chaos in our current world. People often ask me where I find subjects for my mysteries, so here are the answers.

Three May Keep a Secret was my first mystery. Grace Kimball, my protagonist, is a recently retired high school English teacher, and her first three mysteries bear titles from Benjamin Franklin’s proverbs. (She loved teaching American Literature.) But Grace had a horrible event in her past, one she hasn’t been able to forget. The idea for that event came to me from the death of a friend in college; she was a year behind me, and she died in a house fire while living on the outskirts of our college campus. This tragedy stayed in my memory, and I used it forty years later because no one in my life had died a violent death. Her roommates escaped this fire. I wondered, “What if?” I thought if Grace escaped such a fire, but her roommates didn’t, she’d have a past that shaped her fears and her guilt. This first book begins with an arson murder. It also introduces beautiful, biracial, brainy detective TJ Sweeney, one of Grace’s past students. They work together throughout the series.

The idea for my e-book novella, The Locket: From the Casebook of TJ Sweeney, came from a story my stepmother told me about racial discrimination in a place where she worked in the 1930s. It’s a story TJ’s mother tells her daughter in the book. The locket is the key to a crime from the 1940s, a crime TJ must solve and a victim she must identify long before DNA registers.

Marry in Haste was a challenge. I wanted to see if I could write two plots a hundred years apart and connect two women who lived in a Victorian mansion. I lived on the first floor of this house when I began teaching in 1968. It had an amazing history, was built in the mid-1800s, and included a ballroom on its top floor. The two fictional women share a terrible secret, and Grace hopes to learn lessons from the past to solve a murder in the present. The house I lived in plays an integral part in the story and researching its past was such fun.

Death Takes No Bribes sends Grace back to the high school where she taught. The principal has been murdered, and she helps TJ sort through a group of faculty members she taught with for many years. What could the motive be? He was a well-liked administrator. How could one of her former colleagues have perpetrated such a horrible crime? Obviously, this story came from the years I spent teaching among a collection of interesting, often unique, faculty members.

Which brings us to The Witch’s Child. Not a clue why this popped into my head. In all the stories, Grace comes to the aid of former students. The Witch’s Child is in the same vein. A former student, Fiona Mackenzie, returns to bury her mother, a self-proclaimed witch who died in prison after causing the deaths [and a sensational trial] of a woman and unborn child in Endurance. Soon after Fiona’s return, the judge from the trial is murdered, and suspicion points to Fiona, the witch’s child. There are certainly other suspects, and if we add vicious whispers and malicious rumors in the local coffee houses, pushy reporters looking for a story, and clashing opinions on social media, the witch’s brew is ready. As Grace predicts in the first chapter, “Fiona Mackenzie in Endurance could only add gasoline to a fire that had burned down to embers over the years. But those embers might still be smoldering.” 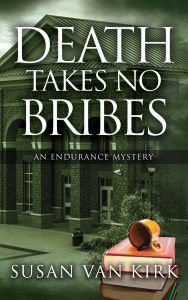 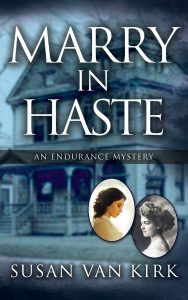 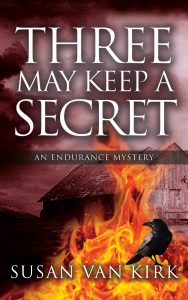 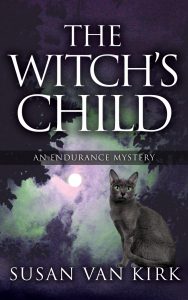 I’ve published all four novels in this series, plus the novella, although the first two had a traditional publisher. Harlequin Worldwide Mystery republished the three novels in a mass-market paperback, and they are planning to publish the fourth one.I wrote a standalone mystery, A Death at Tippitt Pond.

I’m beginning a three-book contract with Level Best Books for a whole new series. The first book, Death in a Pale Hue, will be out June 8, and it concerns an art center in a small town. The protagonist, artist Jill Madison, returns home from Chicago to be executive director of an art center honoring her world-famous sculptor mother. Things are not what they seem. Let’s just say this story gives new meaning to the warning, “Don’t go down to the basement.”

I’ll continue the Endurance series also, hoping to write the fifth book and publish it in the fall. This means, of course, I must think about a new subject. Any ideas out there?

You can buy my books at Amazon https://amzn.to/2GSYifZ