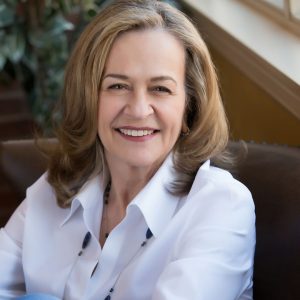 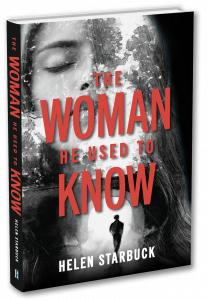 VICKI BATMAN – This Author is Suffering a Case of the FITS 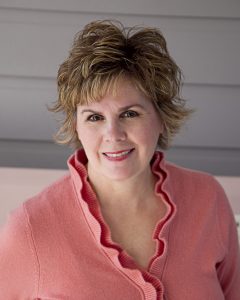 Hi, everyone! George invited me to return to his blog and write about… I was clueless. My most recent mystery came out last February. Since then, I’ve been working on three short stories that give me fits. I’ve written a lot of shorts; however, I’ve never had the troubles I’m having now. George said, “Write about the fits.”

I like to write romantic comedy; in fact, most everything I’ve done has been in the romantic comedy genre. Short ones. Long ones. Mysteries. Now, I’m working on three shorts to combine into my Sommerville days 2 collection. I don’t remember the other stories giving me fits like these.

Pixie Trixie-Is a twist on the Cinderella story trope. When our heroine’s best friend gifts her a beauty package with stylist Pixie Trixie, our heroine is extremely wary about trying something new but is persuaded. “Everyone raves about this place.”

Our heroine is moving forward, trying new things, and even falling in love. So, what’s the problem, the fit?

What does one do when the story isn’t funny like the others I’ve written? My romantic comedy reputation is at stake. OR is it? Can I let one story not be as funny? Or find a way to punch it up? 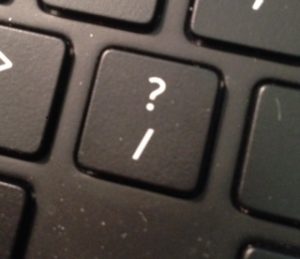 Kissing School-There’s no problem here with funny. The story’s first line is “Skip told me I’m a terrible kisser.” What kind of guy says that to his sweetie? (BTW, an untold fact: a date did say that to me. In my defense, I’d only been kissed twice. LOL.) This despicable boyfriend isn’t popular with the heroine’s BFF. He regifts his girlfriend a twinset, the color of smashed moldy peas, one his mother wore. Goes to Paris with his mother.

The solution? The BFF suggests Kissing School with online lessons and a meet-up with the “facilitator,” the BFF’s hunky cousin. Oh boy.

My fit with this story is just the other day; I thought everything was perfect, and then, I found a timeline error. Easily fixed, but my head is saying, “what else is back there?”

Remember Me? I need to hit the ending so I can get this story finished. But so far, nothing spectacular is coming in.

Our heroine overhears her boyfriend’s phone conversation with his buddy, saying he wants to “hook up” with her before dumping her. She is pissed and is prepared to bolt four miles in cowboy boots at midnight. As she slips on her boots, she sees his BMW car keys and “appropriates” his treasured ride.

With the help of her old friend contractor, she arms herself with a “toolbox” to deal with the jerk. Naturally, our heroine will utilize her “toolbox” after confronting the ex and ride off into the sunset with the contractor.

I’m a pantser, meaning I write from the seat of my pants. Usually, divine inspiration explodes in my brain, and voila! The ending. Only this time, yeah, I have nothing.

My fit? This is my toughest story. I might have to write anything and revise, revise, and revise more to shape it into something worthwhile. 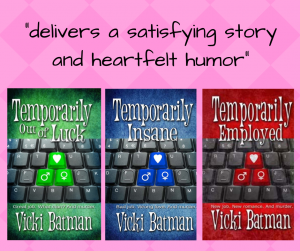 About Temporarily Out of Luck: Great job. What man? And murder. Newly employed at Wedding Wonderland, Hattie Cooks is learning the industry from a woman she greatly admires. When her former brother-in-law is found dead in his luxury SUV, all fingers point to Hattie’s sister, who is planning her own I Dos.

Detective Allan Wellborn is caught between a rock and a hard place—Hattie’s family and investigating the murder of a well-connected Sommerville resident. The same loser was once married to Hattie’s sister. Determining who’s the bad guy—or gal—isn’t going to be easy and sure to piss off someone.

Can Hattie beat the clock to find out who murdered Tracey’s ex before she is charged with the crime and her wedding is ruined?

In my Book of Debts, I didn’t owe him one iota. However, I could hear my mother in my ear, trotting out a page from the “Right Thing to Do” lecture. What Stuart’s mom did broke all wedding protocol, and Allan doing his saintly thing, told her he would help, which translated meant he desperately needed somebody else’s help.

“Fine. I’m in, but you owe me more, like a date to the”—I grasped on the first thing that popped in my head—“opera.”

I held back a giggle. “Since yesterday.”