LIS ANGUS – A Visit From Canada 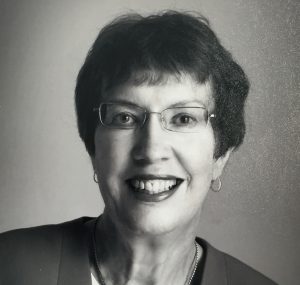 Lis Angus is Canadian; she grew up in Alberta but moved to Ontario for university and has lived there ever since. Early in her career, she worked with children and families in crisis, switching later to work as a policy advisor, business writer, and editor while raising two daughters. As a child and teenager, she loved writing stories; she didn’t come back to writing fiction until she’d retired. 2022 is her breakout year, with her first short story published in February and her first novel, NOT YOUR CHILD, released in April.

NOT YOUR CHILD A strange man insists 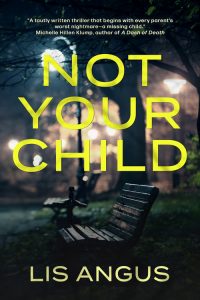 Susan’s twelve-year-old daughter Maddy is his granddaughter, abducted as a baby—then Maddy disappears, but he has an alibi.

Excuse my blogger intrusion but here is a review by Jim Napier in The Ottawa Review of Books. I just had to share this with our readers.

Although she has published short stories previously Not Your Child is the author’s debut novel, and it is among the strongest such works I’ve seen. It is original and polished, with believable dialogue and a strong sense of atmosphere. The characters are engaging and nuanced; the author is particularly effective in portraying the obsessed grandfather in a partly sympathetic light. Add to that a crisp pace that keeps readers engaged until the very end and you have a sure winner. Highly recommended.

To read the entire review, I’ve included the link: https://www.ottawareviewofbooks.com/single-post/not-your-child-by-lis-angus?fbclid=IwAR1hpczBZI4fAU6uX6rvZDlf8oHLni7NSFhX6HOS77NpyuUbJSOwOFSvowk

If anyone had told me as a teenager—when I was reading Writer’s Digest and sending stories off to Redbook and Ladies Home Journal—that it would be decades before any of my fiction would be published, I likely wouldn’t have believed it.

My high school teachers praised my writing (though they saw only my assigned essays, not my fiction.) I fully expected that writing would be my life.

And so, it proved to be, though not in the way I would have expected. I have indeed spent my life writing, though I didn’t return to fiction until a few years ago.

Raised on a farm in rural Alberta, I was a practical girl. Freelance writing did not appeal to me. If I were to be a writer, I’d need a job that paid me to write. So, I enrolled in a journalism program at Carleton University in Ottawa, Canada.

That’s when the plan got sidetracked. At that time, Carleton required first-year Arts students to take a variety of courses; journalism courses were not offered until the second year. And my attention was grabbed by the social sciences: psychology and sociology. I ended up not taking any journalism courses—instead, after graduating, I accepted a position at a treatment centre for children and adolescents with behavioral and mental health issues.

Skip ahead a few decades, through years that included working with children and families in crisis, earning two graduate degrees, switching into a business career, and raising two daughters while working full-time. I did a lot of writing in those years, reports, articles, and policy papers. I learned how to write clearly and persuasively, structure an argument, and self-edit.

It was satisfying, and I was good at it, but it was all business-related, non-fiction writing.

In the back of my mind, I always thought I’d come back to fiction. I enrolled in some online fiction writing classes. Those classes were useful, but I didn’t pursue my fiction writing dream any at that time.

Skip ahead a few years again, to 2017. Suddenly my agenda was clear. Around then, I bumped into National Novel Writing Month. November each year—thousands of people around the world take on the challenge of writing 50,000 words in thirty days.

I had a basic idea for the novel, an image that had flashed into my mind: what if someone showed up claiming that your child wasn’t yours? I wanted to flesh out that concept. What kind of characters would be involved? What could lead to that point? How would the story unfold?

I mapped out an initial outline and went to work. And I succeeded! I wrote 50,000 words that November.

I set that draft aside for a month, then had another look at it. I realized that it wasn’t a novel yet: it was a beginner’s effort. I wasn’t even sure what it needed or what I needed to learn, but I didn’t want to give up on it.

At that point, I made a smart decision. I joined Sisters in Crime; an organization founded to support the professional development of women crime writers (though it now has many male members as well.)  I also joined one of its sub-chapters, the “Guppies.” Through the Guppies, I took many excellent fiction writing classes, learning about novel structure, pacing, character development, plotting, voice, suspense, and other topics. I also connected with other writers, some at my own level and some published and award-winning authors.

All the while, I was working on my novel. I revised and rewrote, adding and subtracting characters and storylines. I moved scenes and chapters around. I engaged a professional editor to review my drafts and give advice, and I also got feedback from a small group of early readers (friends and writing colleagues).

I’d heard that agents would look more favorably on writers who show they are serious, including setting up a web page. Looking at other authors’ web pages, I realized their purpose is to promote the author’s books and writing careers. I had no fiction credits to my name. But decided to set up a website anyway. Around then, Black Cat Mystery Magazine announced it was looking for story submissions. In a fit of optimism, I submitted a story I’d written a dozen years previously but had mothballed. I thought that if they accepted it, I’d have something to feature on my website. And in March 2020, they did accept it!

Meanwhile, I sent queries to about twenty agents. A few asked to see my manuscript, but ultimately, they all rejected it. I figured the novel needed more work, so I paused my queries while rewriting it. A few months later, I tried again with a revised draft and another set of agents, but the result was similar: some expressed interest, but none offered to represent me.

During this time, I’d been exchanging manuscripts with other writers and absorbing their critiques. By my sixth draft, I concluded I needed a completely different ending, so I threw out the final 25% of the novel and wrote a new one.

In early 2021, I began my third round of queries. This time I decided not to limit my queries to agents but to also approach a layer of smaller publishers who were willing to consider un-agented submissions,

And I started to get some encouraging signs. The new agents were no more enthusiastic than those I’d approached in the earlier rounds. Still, several small publishers gave me detailed suggestions for improving the novel and said they’d be willing to take another look if I revised it. (At that point, I was already working on a seventh draft, based on input from a second professional editor.)

I also was selected as a finalist in the 2021 Daphne du Maurier contest for Excellence in Mystery/Suspense, in a division for unpublished authors—and I ended up placing second among the six finalists.

And—in a final breakthrough—in July 2021The Wild Rose Press offered me a contract for my novel, NOT YOUR CHILD. 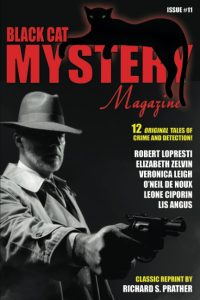 At that point, I still didn’t know when issue #11 of Black Cat Mystery Magazine was going to be published; that was the one that would feature my short story. I joked that it was a race between BCMM and Wild Rose Press as to which of them would be the first to publish my fiction. As it turned out, BCMM won the race by a whisker: the issue came out in February 2022.

NOT YOUR CHILD was released two months later, on April 18, 2022— four and a half years after I decided to plunge into National Novel Writing Month. So much happened during that time, yet in another way, it seems like it’s been like the blink of an eye.

It’s been an amazing time for me, learning new skills and becoming part of a wonderful community of writers. I’m grateful for all the help and support I’ve received. 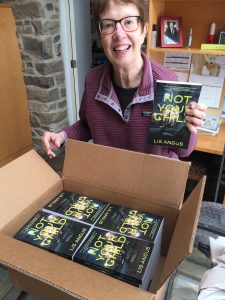 Now I hope readers will enjoy the novel. I hope they’ll love my characters and that they’ll be caught up in suspense as they turn the pages to see how the book ends.