DONNELL BELL – Paranoia Has Been Very Good To Me 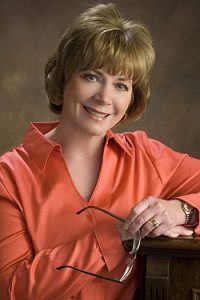 Leaving international thrillers to world travelers, Donnell Ann Bell concentrates on suspense that might happen in her neck of the woods – writing SUSPENSE TOO CLOSE TO HOME. Traditionally published with Bell Bridge Books, she has written four Amazon single-title bestsellers. Her most current release is Black Pearl, a Cold Case Suspense, book one of a series, and Until Dead, A Cold Case Suspense, Book two, to be released May 31, 2022. To sign up for her newsletter or follow her on social media, check out www.donnellannbell.com

Hi, George; thank you for inviting me to chat with your readers on your esteemed blog. Before I begin this extremely important subject, I’d like to ask your viewers, especially if they are reading this on their laptops, how many of you have a sticky note or an obstacle blocking your computer camera lens? I’m not a statistical guru, but I would wager the number is more than 50 percent. That, or your newer laptop comes with a device that does it for you.

Did you know that in 2020 (and quite possibly before), employers purchased software programs to monitor their off-site employees to verify they weren’t surfing unrelated work sites and were, in fact, working? People quickly started logging off at night to avoid these unwelcome electronic voyeurs.

I think about things like this because, as my blog title suggests . . . well, you know. I’m careful to research apps to ensure they aren’t loaded with malware. When I’m at my son and daughter’s homes, I whisper around Alexa, stare cryptically at the baby monitors, and don’t get me started on the Ring doorbell. I’ve even searched the dark web . . . All right, no, I haven’t gone anywhere near the dark web. But my antagonist in Until Dead, A Cold Case Suspense has.

I had so much fun creating an evil character who has in-depth knowledge of everything I fret about. At first, I thought I was being ridiculous, that my ideas were over the top. But I’ll have you know I have people—IT expert friends­—who not only didn’t laugh at my plot, they dove in and verified what I was writing.

So, imagine you’re on an FBI task force and an assassin with explosives, weapons, and IT skills, one who calls himself The Tradesman, has been hired to take out an assistant U.S. attorney? Would that make you . . . uncomfortable? I bring back my entire team (and a few newcomers) from Black Pearl, A Cold Case Suspense. Fortunately, this task force is smarter, braver, and far more qualified than the author. But I should warn you—there will be times in Until Dead, my task force is paranoid. 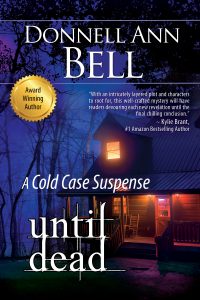 Pre-order at your favorite bookstore today!

When Lt. Everett T. Pope is notified of an explosion in downtown Denver close to the judicial buildings, his first instinct is a gas leak. No such luck. As Incident Command and Pope’s own Major Crimes unit move in, he discovers he knows the intended victims—an Assistant U. S. Attorney—and Pope’s former partner, now a private investigator, has died shielding the injured AUSA with his body.

As ATF and the FBI take over investigating the bombing and unraveling motives behind the murder attempt, Pope is relegated to a peripheral role. But the injured AUSA’s aunt is a United States senator used to getting results. She turns to the team that solved the Black Pearl Killer murders with a very big ask—find her answers and locate the bomber.

FBI Special Agent Brian DiPietro must recall his entire cold case team from their far-flung assignments, knowing he’s being asked to do the impossible. The senator, however, doesn’t know the meaning of the word. All too soon, DiPietro finds his team working alongside ATF on a red-hot mission. One that uncovers a decades old cold case.