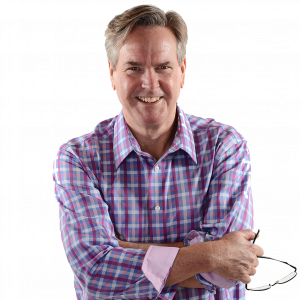 Seeley James is the author of the highly acclaimed Sabel Security Series featuring veteran Jacob Stearne and athlete Pia Sabel who must work together to bring the rich and powerful to justice. I’ve just released the twelfth book in the series, a moving psychological mystery, The Rembrandt Decision.

Let me tell you about, The Rembrandt Decision: Hours after a man discovers a secret destined to tear his family 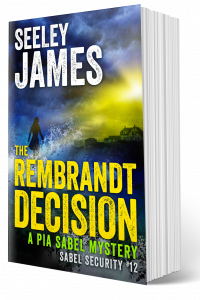 apart, Pia Sabel discovers his corpse in this psychological mystery reminiscent of both Agatha Christie and Taylor Jenkins Reid.

What brought you to writing? As soon as I finished Treasure Island on a rainy day in my childhood, I knew I wanted to be a writer. But my life turned unpredictable when I was kicked out of my family at fifteen. By seventeen, I was homeless. And at nineteen, I was adopted by a three-year-old girl (details at Adopted). I quickly learned kids require money, especially for a single father, which led me to a career in tech. Many years later, after getting married and having two biological children, I retired early and pursued what I really love: writing.

Tell us about your writing process: Much is said about writing from the heart or letting the characters speak to you. I’m much more like Vladimir Nabokov. When asked what he thought of EM Forster’s proclamation that his characters take over and dictate his works, Nabokov remarked how sorry he felt for Forster’s characters. Nabokov added, “My characters are galley slaves.”

I pave each character’s dark and scary road with broken glass. Their ideas for escape are guillotined without remorse. Would we prefer to watch Serena Williams blindly toss a ball across the court, hoping for a magical point? Or do we expect her to explode a finely aimed shot at the far corner forcing her opponent to attempt an impossibly skillful feat of athleticism?

I write with intention. I’d love to believe in magic, but for me, writing is a lot of hard work. I start with something I feel needs to be expressed. For example, after being shocked to read the CEO of Glaxo referred to a $3 billion fine for criminal sales practices as “… the cost of doing business,” I decided to expand on the next inevitable step for such a moral journey. In 2014, I wrote Element 42, in which a drug company engineers a deadly virus to unleash a global pandemic only its patented drug can cure. Today, fans ask me if the novel is non-fiction.

In my most recent release, The Rembrandt Decision, I addressed an issue from my soul: adoption. As an adopted father, I often heard people say, “They’re not the same as real kids.” I know better. To illustrate family dynamics, I had to create allegorical scenes and sequences to draw out multifaceted sentiments of abandonment, rejection, and inclusion. Which led to the exploration of parenting and what constitutes a mother or father figure. Naturally, that subject raises yet another question: how far should any parent go for their children? How far is too far?

To make it work, I jotted a framework of about five hundred words highlighting the fifteen tenets of Joseph Campbell’s theory of the monomyth. It gave me a flexible platform from which to design each chapter and scene to fit within the archetypal structure. At that point, I had a great plan. Of course, the best thing about great plans is watching them disintegrate on impact. But the original framework allowed me to fix and adjust as I went, knowing that at a certain point, the hero/heroine must meet with the goddess, just as certainly as they will find atonement with the father figure.

When done right, a work based on monomyth becomes a reflection of the universal arc of human life. One day we find ourselves relying on the seemingly supernatural aid of a benefactor, just as we eventually reconcile our rebellious youth with the sober expectations of our upbringing. So must our characters resolve themselves to overcome adversity in the story. That doesn’t happen by accident.

Do you ever kill a popular character? There is a right way and a wrong way to kill a character. Experience through trial and error has taught me the difference between the two. Obi-Wan Kenobi and Ned Stark were executed to set their respective stories on fire. A death that does not ignite action is gratuitous. Don’t get me wrong, a gratuitous death can have an emotional impact, but it feels manipulative to the reader.

In my fifth book in the Sabel Security series, Death and Secrets, I needed co-lead Pia Sabel to step out from her father’s shadow. I wrote his death with the intention to set her in motion. It worked well. Pia’s impetuous nature brought about her father’s demise. At the same time, his own impatience was the direct cause. Recently, I realized I should have done more to draw out the parallels in their stories. In her next book (still in the thinking stages), she will be forced to resolve her guilt with her complicity.

What kind of research do you do? My stories are the result of my research rather than the other way around. As an avid reader of history, economics, geo-politics, and current events, my fiction is an outlet for my studies. (I also read fiction extensively and always carry a book.) In 2019, the horrific mass shooting in Christchurch, New Zealand, was followed five months later by the mass shooting in El Paso, Texas. My morbid interest led me to investigate what these terrorists were thinking. Researching the racism that both extremists believed in, I discovered the existence of a worldwide network of loosely affiliated neo-Nazis and radicalized nationalists. That horrifying concept spurred me to write Death and Conspiracy, a novel about what these fanatics were capable of doing should they get together. It remains one of my most ominous works.

Do you have any advice for new writers? Anyone can tell stories their friends are willing to sit through. Getting people to spend ten hours listening to you is quite a trick. Success is when you tell a story, so fascinating strangers will pay money to hear it. And that’s not easy. Read a lot, write a lot, study the craft, and work hard.