LYNN DOWNEY – Native Californian and Award-winning Historian of the West 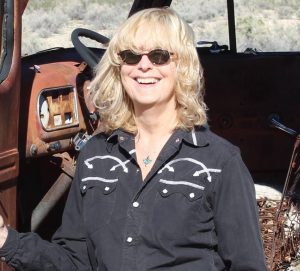 Lynn was the company Historian for Levi Strauss & Co. in San Francisco for 25 years. Her biography of the company’s founder, Levi Strauss: The Man Who Gave Blue Jeans to the World, won the Foreword Reviews silver INDIE award.

Her latest book, American Dude Ranch: A Touch of the Cowboy and the Thrill of the West, is a cultural history of the dude ranch, America’s original vacation. The book has been reviewed in The Wall Street Journal, True West, and Denver Post.

Her first work of fiction, Dudes Rush In, is a historical novel set on an Arizona dude ranch in the 1950s. The book won a Will Rogers Medallion Award and placed first in Arizona Historical Fiction at the New Mexico-Arizona book awards.

Lynn got obsessed with the dude ranch when she worked for Levi’s She has amassed a large collection of traditional and unusual ranching memorabilia. She works as a consulting archivist and historian when she’s not writing. Her clients include the Charles M. Schulz Museum in Santa Rosa, California; Beaulieu Vineyard in Rutherford, California; the Desert Caballeros Western Museum in Wickenburg, Arizona; and the Chemehuevi Indian Tribe in Lake Havasu City, Arizona. She lives in Sonoma County, California.

American Dude Ranch: A Touch of the Cowboy and the Thrill of the West, was published March 2022. 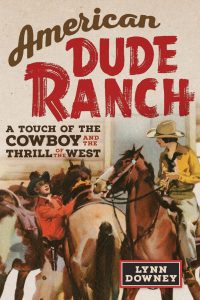 “Dude ranches are more interesting than City Slickers would have you believe. They’ve influenced American culture for 140 years, from food to film to gender relations.”

Lynn’s other published works include:

Lynn Shares Her Story: I’ve been writing since I was a kid, but I didn’t get paid for it until 1985 when I sold my first article to a historical journal. And until 2020, all of my published work was nonfiction about the history of the West. In that year, Pronghorn Press released my first novel, Dudes Rush In, which was a story that had been bouncing around in my head for nearly ten years.

I wanted to write a historical novel about a dude ranch (with a bit of mystery in the story), and one night the characters and plot started running through my head like someone turned on a movie projector. The ranch itself, called the H Double Bar, was based on a real dude ranch in one of my favorite places, Wickenburg, Arizona – once called the Dude Ranch Capital of the World. Yes, though I am a dudine (I don’t ride), I’ve stayed at dude ranches and loved every minute.

I worked on the novel sporadically for a few years, in between writing my other books. But in 2019, I made a commitment to finish the story, even though the process of writing fiction was so different from writing history. I wondered if I’d be able to do it, but the experience turned out to be some of the most fun I’ve ever had as a writer. I had a plan or outline for each chapter because that’s how I organize my nonfiction. My characters had other ideas, so I just took them where they wanted to go. I’ve always heard novelists talk about how little control they had over their stories, and now I know what they meant. 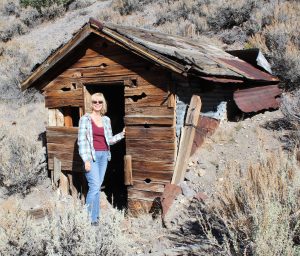 When I turned in the manuscript of Dudes Rush In to the publisher, I went right to work on my next history book, which came out in March of this year: American Dude Ranch: A Touch of the Cowboy and the Thrill of the West. Making the switch from fictional to real dude ranching wasn’t hard at all. I had been researching dude ranches since my time at Levi’s, and I decided that I wanted to look at their 140-year-history from a cultural standpoint. I’d found so many links between dude ranching and movies, food, clothing, the role of women, literature, and more. And that’s where all the best stories were. 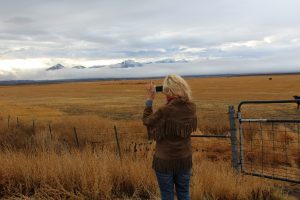 Right now, I’m about halfway finished writing my second novel. It’s a sequel to Dudes Rush In, which will probably be called Dude or Die. Then I’ll put my history hat back on and will write the story of a young Boston writer and poet who joined a dangerous western expedition in 1871 and ended up dying in one of the West’s most infamous massacres.

Groups: I am the 2022 President-Elect of Women Writing the West and a member of Western Writers of America.