JAMES L’ETOILE – From Behind Bars to the World of Writing 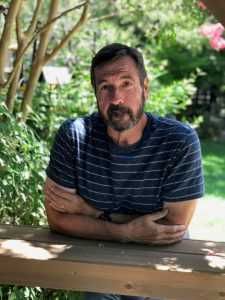 James L’Etoile uses his twenty-nine years behind bars as an influence in his novels, short stories, and screenplays. He is a former associate warden in a maximum-security prison, a hostage negotiator, facility captain, and director of California’s state parole system. He is a nationally recognized expert witness on prison and jail operations. He has been nominated for the Silver Falchion for Best Procedural Mystery, and The Bill Crider Award for short fiction. His published novels include: Black Label, At What Cost, Bury the Past, and Little River.  Dead Drop was released in the summer of 2022. You can find out more at www.jamesletoile.com

Do you write in more than one genre? I write procedurals, thrillers, and psychological suspense. They all fall under the crime fiction umbrella, and I enjoy working in that world. I have written a speculative fiction novel, and it’s out on submission currently. Speculative fiction is a story involving a touch of otherworldly “whoo-whoo.” It’s not horror, fantasy, or paranormal. Spec fiction is a fun way to experiment with a different story structure and play with a new set of rules. It’s freeing.

What brought you to writing? I didn’t begin writing commercially until after I retired from a twenty-nine-year career working in California prisons. I’ve always been an avid reader and thought about writing about some situations and unique characters I encountered behind the walls. I believed I didn’t have the time and honestly didn’t have the confidence to write crime fiction. It’s really a matter of making writing a priority in your life, maybe one less Netflix binge, or get up an hour early. The point is, there are no excuses—if you want to write, you need to put in the time and write. It must be a priority. You need to do it for yourself. The second part—finding the confidence to write crime fiction came when I realized one of my early assignments gave me what I needed. As a probation officer, I’d prepare presentence reports for the sentencing judge. This meant I would interview the convicted person in the jail, talk to the investigating officers, read all the reports, speak with the victims, and cobble together a narrative of the offense to assist the judge make a sentencing decision. I realized what I was actually doing was writing a crime story. I knew how to do this!

Tell us about your writing process: For me, everything begins with character. I have a kernel of a story idea, but before I put pen to paper or type a single word, I get to know my characters. I’ll get familiar with them, their flaws, their tics, and habits. You must present more than flat and stereotyped characters in your work. Readers get bored and don’t engage with your story if you don’t give them someone with a bit of depth. I figure If I’m going to spend months with these imaginary people; it’s important to know them intimately. I’ve written a short story using a specific character’s POV and voice to help me find a better understanding of that character’s worldview, their tone, and what they believe in. Once I have a grasp of the people I’ll be writing about, the story can unwind and reveal the character in slices and scenes in the manuscript. Why so much attention on character? Character is the thing readers connect with and become invested in. Readers will forgive a so-so plot if they want to turn the pages to find out what happens to a specific character they’re connected with.

What are you currently working on? I’m always working on a new project, be it a screenplay, a short 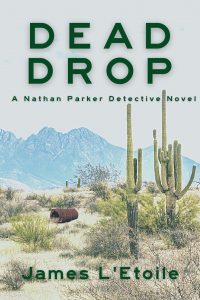 story, or a novel length work. Dead Drop was recently released, and while I’m excited about the first book in a new series, it also means I can’t sit back and rest. I’m under contract to deliver additional books in the series, and they don’t write themselves. Before Dead Drop hits the shelves, I drafted the second book. I’m in the rewriting stages now and looking at the potential storylines for book three and beyond.

Has an association membership helped you with your writing? Writing is a solitary business. You spend hours alone crafting your story, and you need connection with others who understand what you’re going through, who offer support, encouragement, and a swift kick when needed. I’m an active member of the International Thriller Writers (ITW), Mystery Writers of America (MWA), Sisters-in-Crime, and other organizations. ITW and MWA work with and support new authors to develop their craft with both in-person and virtual workshops and craft sessions. I love supporting aspiring writers by teaching at conferences, offering encouragement, and sharing what I’ve learned on my writing journey.

Do you have subplots? If so, how do you weave them into the novel’s arc? Subplots are a great way to take a breath from the chase, if you will, and give an opportunity for a little character reveal. For example, if you have a detective on the trail of a killer and an additional issue comes up for them to react to, it shows us more about them. A family issue, an aging parent dealing with dementia, and how the detective responds and struggles to balance work and home issues is a brilliant method to keep the story moving, but also to ratchet up the stakes for the protagonist.

Do you have any advice for new writers? The most important thing any writer can do is to write and keep writing. We all get better by putting in the work. Take advantage of craft workshops offered by recognized writing organizations. ITW and Sisters-in-Crime have wonderful support networks for aspiring and unpublished writers. If you’re stuck on something, reach out and ask. I’ve found the writing community, particularly the crime fiction community, incredibly supportive and willing to help.

Drop by my website at jamesletoile.com or email me at crimewriter@comcast.net

If you spot me at a writing conference like Bouchercon, ThrillerFest, Killer Nashville, or Left Coast Crime, come and say hello.