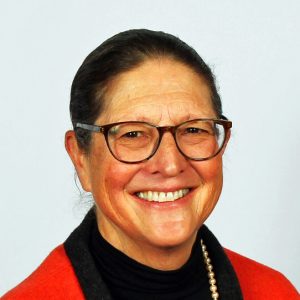 Dr. Eve Sprunt is a prolific writer and consultant on diversity and inclusion, as well as the transition from hydrocarbons to cleaner forms of energy. She is passionate about mentoring younger professionals, especially women struggling to combine parenting and professionalism and those facing cross-cultural challenges.

Her over 120 editorial columns addressed workforce issues, industry trends, and cross-cultural challenges. In addition to authoring 23 patents and 28 technical publications, she is the author of four books:  A Guide for Dual-Career Couples (Praeger), Dearest Audrey, An Unlikely Love Story, A Guide to Career Resilience (Springer Nature) as co-author with Maria Angela Capello with whom she authored Mentoring and Sponsoring: Keys to Success (Springer Nature).

During her 35 years in the energy industry, Eve acquired extensive experience working for major oil companies on projects around the world. She was the 2006 President of the Society of Petroleum Engineers (SPE), the 2018 President of the American Geosciences Institute, and the founder of the Society of Core Analysts. She has received high honors from SPE, the Society of Women Engineers, and the Geological Society of America. Her bachelor’s and master’s degrees are from MIT, and she was the first woman to receive a Ph.D. (1977) from Stanford in Geophysics. She speaks and consults on women’s and energy issues and is an active member of the California Writers Club Tri-Valley Writers Branch. 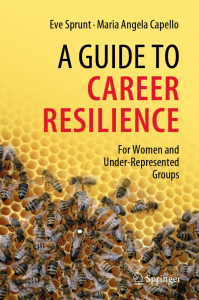 Do you write in more than one genre? Yes, self-help and memoir/biography

What brought you to writing? It runs in the family. My mother (Ruth Chew) wrote and illustrated 29 children’s fantasy chapter books. Mother’s first and best-selling book, The Wednesday Witch, sold over a million copies. My maternal grandfather was also a writer.

As a female scientist, when technical women were rare, documenting my work in writing (both within the company and in industry publications) improved my odds of getting credit for my work and enabled me to build my reputation.

I volunteered to serve as Senior Technical Editor of the Society of Petroleum Engineers for three years because the role included writing a monthly editorial column. I authored “edgy” articles on workforce issues. After my term ended, I continued writing bimonthly editorial columns for another seven years. I began writing books when I retired and was no longer subject to corporate censorship.

What are you currently working on? I am polishing a memoir/biography of my mother, Ruth Chew, who became a successful children’s book author/illustrator after I left home. Passionate Persistence is based on Mother’s 67 years of daily diaries and my memories. The Tri-Valley Writers critique groups and Lani Longshore (as a beta reader) have been tremendously helpful.

When the leader of my hiking group learned that I was receiving the 2022 Curtis-Hedberg Petroleum Career Achievement Award for outstanding contributions in the field of petroleum geology, she urged me to write a memoir about my career. I was astounded to be selected for that Geological Society of America’s award because my degrees are in geophysics, and I usually impersonated a petroleum engineer. However, my most significant technical contributions involved convincing the engineers that they had overlooked critical aspects of the geology.

How long did it take you to write your first book? The first book I wrote was the one I self-publishing in 2019, Dearest Audrey, An Unlikely Love Story. I found an agent for that manuscript, but in hindsight, I suspect she took me as a client because she was a fan of my mother’s children’s chapter books, which were out of print. Shortly after I signed agreements with the agent to represent both my work and my mother’s, an editor at Random House approached me about the republication of my mother’s books. The agent received a sizable commission on the agreement with Random House but never found a publisher for Dearest Audrey, despite representing it for several years.

That agent didn’t like my manuscript for A Guide for Dual-Career Couples but recommended that I go through the submission process for Praeger, which asked for an outline and sample chapters. Praeger accepted my proposal, and the agent spent months working on the contract, leaving me only about six weeks to get the manuscript completely revised if I wanted to have A Guide for Dual-Career Couples included in Praeger’s spring 2016 catalog. I realized that since I was working for myself, I could work 7-day weeks and long hours, and I met the deadline.

Eventually, I concluded the agent would never find a publisher for Dearest Audrey, so we agreed to dissolve our agreement. I hired a developmental editor through Reedsy, who guided me through the self-publication process. Dearest Audrey was published in 2019.

Self-help books like A Guide for Dual-Career Couples and my two books published by Springer, Mentoring, and Sponsoring, Keys to Success (2020) and A Guide to Career Resilience (2022), are accepted based on an outline and sample chapters. The writing and publication process can be very swift.

Passionate Persistence, The Life of Ruth Chew, which I hope will become my fifth book, may be a tough sell. I asked the developmental editor I used for Dearest Audrey to edit it and advise me on whether I should seek an agent or pursue self-publishing. After I left home, my mother was so focused on her successful career as an author my younger siblings ran wild. She wrote children’s chapter books, but her life was not a story for children.

About twice a week, I go hiking with a group of ladies. When the leader learned I was selected for the Geological Society of America’s lifetime achievement award, she said, “Who’s going to write your story? You need to do it.”

In A Guide to Career Resilience, my co-author and I share examples in which we successfully challenged the system. Both of us consider ourselves to be shy, but I don’t know anyone else who would. Our author at Springer objected to the concept that “forgiveness is easier than permission.” We included the concept and the examples but refrained from using the forbidden phrase. In our careers, my co-author and I leveraged that concept to surmount barriers.

My mother (the title character in Passionate Persistence) was an ambitious woman. She thought her older sister, Audrey (the heroine of Dearest Audrey), was afraid of her own shadow. Ironically, before writing Dearest Audrey, I accepted my mother’s assessment of Audrey despite ample evidence to the contrary – Audrey went on sabbatical to Pakistan in the mid-1950s, not knowing exactly where or what she would teach, and was traveling alone near the Khyber Pass when she met her true love.

Do you base any of your characters on real people? All the time. I always disguise their identity if I use them as a bad example.

Looking to the future, what’s in store for you? I plan to write about my life experiences but will weave them into a self-help book because those are easier to market than memoirs.

Do you have any advice for new writers? Join a writing group.