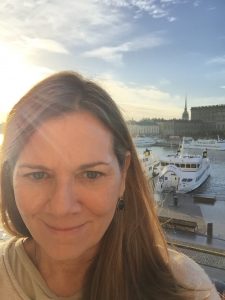 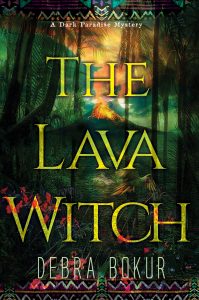 Debra Bokur has been at the writing game for more than 40 years but prefers to avoid saying exactly how many.

She’s worked as an editor and staff writer at 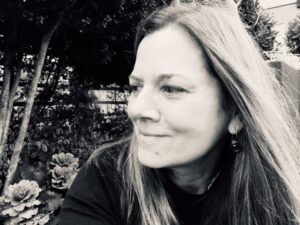 newspapers and national magazines and as a full-time journalist (the real, old-fashioned kind), literary journal editor, screenwriter, and poet. She’s also done quite a bit of illustration work and spent several decades training horses and riders for competition in the sports of dressage and three-day eventing.

Debra is the recipient of multiple national writing awards, including a Lowell Thomas Award for travel journalism, and remains a columnist and feature writer at Global Traveler Magazine. She’s also senior researcher and writer for the Association of Safe International Road Travel. Both her jobs regularly take her to far-flung destinations in Europe, Asia, and the Middle East. She doesn’t like flying but loves trains, prefers cold weather to hot; and strongly dislikes coffee, but drinks a truly impressive amount of tea on a daily basis.

Debra is the author of the Dark Paradise Mystery series from Kensington Books, including The Fire Thief (2020), The Bone Field (2021), and The Lava Witch (scheduled for release in 2022). When not traveling or writing, Debra spends her time hiking near her home high in the Rocky Mountains and renovating a haunted 1860s Victorian inn on the coast of Maine with her husband. 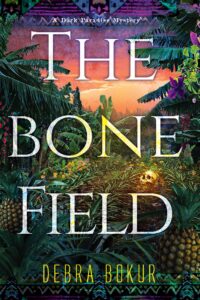 Do you write in more than one genre? I do. Besides crime/mystery fiction, I write magical realism and poetry. A lot of that has been published, and I’m working on a new mystery series that features elements of magical realism. Something I love to do, especially when working on a book, is to step away to write a short story, flash fiction piece, or poem. It helps me refocus. A topic I return to frequently is the re-telling of classic fairytales from a fresh or unusual angle.

You mentioned you prefer cold weather to hot, but your Dark Paradise Mystery series is set in Hawai’i. Why is that? I am definitely a cold weather person and am never happier than when the landscape is covered by deep snow or enveloped in cold winter mist. But Hawai’i is a definite exception—though my first trip there 25 years ago was under duress. I was the managing editor at a culinary magazine, and our food editor was suddenly unable to attend a food festival in Hawai’i that we’d agreed to cover. Our advertising team had already sold ad space around the expected story, and as anyone in magazine publishing knows, once ads have been sold, there’s absolutely going to be supporting editorial. I was the only staff member free to go. Plus, my husband had been invited to accompany me, and once he knew about it, there was no ducking out. So I went, grumbling all the way about sunburn, bugs, and the inferiority of palm trees to aspens. When we arrived, I realized I’d been a colossal idiot. It was pretty much love at first sight and is still the only tropical place I enjoy traveling to.

Over the years, I’ve been back many times, usually on assignment. During those excursions—and because of the fact that the magazines I’ve worked for have almost always focused on wellness, spirituality, herbal medicines, and similar topics—I’ve been deeply fortunate to have met and formed lasting relationships with elders, healers, and wisdom keepers from the Hawaiian culture. My book series grew out of my fascination with how such a remarkably beautiful landscape can harbor so much darkness.

Where do you write? What, if any distractions, do you allow? We live in a heavily forested corner of the Rocky Mountains at 8,400 feet, where I’ve created a mountain garden that’s home to numerous birds, foxes, rabbits, raccoons, and other wildlife. My writing room looks out on that space and is filled with meaningful objects that inspire me—books, letters, postcards, treasures, and talismans. While that’s the place I’m most productive and feel I do my best work, I’ve trained myself to write just about anywhere, which is necessary because of work travel. On planes, I’m too stressed to write (even though my husband is an experienced pilot who’s been trying for decades to explain bumpy air to me), but I’m particularly prolific on trains, buses, and in airports. As for distractions: cat, dog, and wildlife distractions are all completely acceptable, as are calls from my son (who’s been living in Iceland for a long time) and knocks on the door from my husband inviting me for a walk or announcing that a cake fell into his shopping cart at the store and I should stop working long enough to have a slice.

What brought you to writing? As the above references to animals and wildlife are no doubt clues, I was that intensely shy loner kid who always felt more comfortable hanging out with my pets and a good book than socializing with other humans. I was the eldest of five children, and our home was always filled with drama. I found that escaping into a story was a good way to cope. My mother used to read to us when we were young, and it was usually a mystery by Dashiell Hammett or Agatha Christie. As I got older, I discovered other authors and began writing my own stories. While I was spectacularly useless at math and science, I always excelled at writing and creative pursuits. I was lucky to be encouraged in that direction—and to have serious mentors later in life who became dear friends, including the late author Jack D. Hunter (The Blue Max and many other books), poet Ruth Moon Kempher, and literary journal publisher Colette Trent.

What kind of research do you do? Tons. Because my books deal with ancient Hawaiian legends and mythology, I spend lots of time reading works by anthropologists and other experts. One challenge is that much of Hawaiian history is oral, and the collected stories vary to a huge degree depending upon how the stories were handed down through individual families. After I have a working draft, I show it to one or more Native Hawaiian friends who let me know if I’m off track or have missed a vital point.

What is the best book you’ve ever read? Tough—but I’ll say Einstein’s Dreams by Alan Lightman, which is stunningly imaginative and lyrical; and—not to be a cliché—The Lord of the Rings. I’ve re-read this trilogy at least two dozen times over the years, and it still acts as a portal, startles me with the beauty of the writing and imagery, and inspires me to be a better storyteller.

Please share your publication and new book information. The Bone Field (book #2 in my Dark Paradise Mystery series) is now available at all the usual outlets, as is the first book, The Fire Thief.

Links to my articles on CrimeReads: 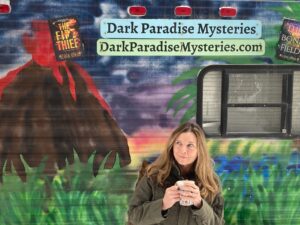