R. Scott Decker – Essay on the Overuse of Certain Words and Phrases 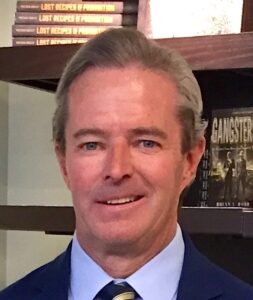 Introduction – As I continue to write and refine my style, I find my mind visualizing the words as I form a sentence. I struggle not to use the same word twice on a page, to stay in the active voice, alter sentence length, and so on. My goal is that writing becomes second nature. It takes work.

I am also finding that I visualize spoken words and unconsciously critique the speaker’s use of words and phrases. My mind sees the spoken words on a page. I find myself cringing at certain phrases used in abundance and not always in the correct form. I evaluate discussions and media commentary for what would be suitable or unsuitable in written narrative. Overuse and misuse of the King’s English has become my unintended pet peeve.

I’m not alone. At the beginning of the year, two young TV announcers/anchors presented their list of overused and abused words. They put “literally” at the top of their list. Unfortunately, many celebrities, including Hollywood A-listers and popular talk show hosts, did not see the broadcast or pay attention if they did. At the top of my list for this season is “moving forward.” It’s everywhere—sports, politics, and the nightly news. Some examples:

Commentator during the fourth game of the 2020 Stanley Cup Finals – “We will continue to monitor COVID test positive results moving forward.” Redundant?

Tom Bevan, opening of the 9/29/2020 Presidential Debate – “Forward-looking vision for the future.” What?

A prolific and widely-read romance author recently penned advice for fellow writers: “I think the biggest mistake an author makes when writing a rough draft is stopping and rereading/editing their work. The key is to keep moving forward and get the whole story out.” Could forward be left out without losing the meaning? I vote, yes.

Second on my list is “transparency” and its negative, “lack of transparency.” When did this one replace the more articulate, “lying by omission,” “not being truthful,” “hiding the facts, “without explanation?” Candidate Joe Biden used “transparency” more than once during the 9/2020 Presidential Debate. Even my personal hero, Chris Wray, Director of the FBI, uses “transparency” in his public addresses.

Landing at third on my overuse list are adverbs—those ending in “-ly.” Usually (oops) they waste oxygen. What morning talk show doesn’t broadcast “literally” during every airing?

New Words and Terms – And there is the use of new words when the tried and true won’t do. For 2020 we have “impactful.” And “content” to describe information. “Break it down” for explaining things. “Deeper look” has replaced closer look and scrutiny. During a Las Vegas Springs Preserve TV ad this past summer, the narrator said, “during a rain event” to describe when it rains; and repeated it three times in one minute! And there is “price point” to describe price; “skill set” to mean skills. Is there no end?

Summing Up – Writing benefits from brevity, using less words to say more.  More often than not, it lends itself to a faster paced narrative. As writers, we must embrace the use of a wide and varied vocabulary. Word’s thesaurus feature is a good start. I find reading the work of prominent authors especially useful, such as that of John McPhee. As I took breaks in my book writing to read his tome, Coming into the Country (FSG, 1991), I kept a list of words he used that were unfamiliar to me. The list grew to more than one hundred by the time I finished the book. I kept a dictionary close at hand.