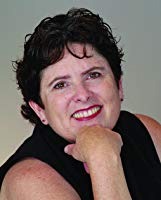 Claire M. Johnson worked as a pastry chef in San Francisco Bay Area for a number of years. Ms. Johnson’s first novel, Beat Until Stiff, was set in the restaurant world and was nominated for the Agatha Award for Best First Novel and was a Booksense pick. Her second book in this series, Roux Morgue, received a starred review from Publishers Weekly. She has written two Jane Austen pastiches and has recently finished a first-person POV historical memoir of Pauline Pfeiffer (Ernest Hemingways’s second wife) and a mystery set in San Francisco in 1930. She is currently President of MWA NorCal.

In 1930 San Francisco, the  Moore Detective Agency is two months away from closing its doors. When the wife of one of the most prestigious bankers knocks on their office door asking them to look for her wayward stepson, secretary Maggie Laurent takes the case. The aftermath of the stock market crash nine months earlier is now being realized in soup kitchens and bread lines. She needs this job to help support her widowed mother. Maggie soon finds herself up to her neck in murder, arson, and the lies and double lives of San Francisco’s wealthy elite. Will she be the next victim? 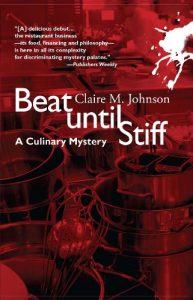 Do you write in more than one genre? I’ve written two mysteries, two Jane Austen pastiches, a standalone YA thriller, a first-person POV biography of Pauline Pfeiffer, and my latest book is a historical noir mystery set in 1930 San Francisco.

What brought you to writing? I moved to the suburbs! I found myself without a name, essentially. I was someone’s wife or mother. I felt my identity slipping away and was terrified that one day I’d walk up, look in the mirror, and there wouldn’t be anyone there. Writing is about as personal as it comes.

Where do you write? What, if any, distractions do you allow? For the first time in my life, I have a real office—no more laptop on the dining room table—with an old-fashioned oak desk that I got from UC surplus. I overlook my garden and am occasionally distracted by the antics of the squirrels chasing each other from tree to tree. Does this make me more productive? No, but it’s lovely to have all my books, my piano, and pictures of my family around me.

What are you currently working on? I’m working on the second in the series set in San Francisco in 1930, right after the stock market crash. In the first book, my heroine Maggie Laurent is the secretary to a detective. When a “dame’ does him wrong, he goes on a months-long bender, and she takes over a simple missing person’s case. Which, naturally, turns out to not be that simple.

Has an association membership helped you with your writing? Yes. I think that belonging to writers’ groups helps you establish a tribe that speaks the same language you do. You can share knowledge, frustrations, successes, and information on agents, what publishers will consider books without an agent, etc. Writing is a business, and I think that networking is critical. Plus, writers are a great group of people.

Who’s your favorite author? I have many favorite authors, but I would say that in this genre that John Le Carre is the master. The genius of Tinker, Tailor, Soldier, Spy is that this book is 90% backstory, which is usually the death knell of any book. And yet… His book The Constant Gardener left me stunned for weeks.

How long did it take you to write your first book and get it published? Oh years. I was lucky that Poisoned Pen Press was just opening its doors, and they were open to writers without agents at that time. Unfortunately, it was difficult then, and twenty years later, it’s even more difficult.

Do you have subplots? If so, how do you weave them into the novel’s arc? I think you must have subplots because otherwise, it becomes too formulaic. Subplots are an excellent vehicle for exposing characters that enriches what happens in the main plot arc. I think this is a tricky road to walk because you don’t want to detract from your main storyline too much. Otherwise, it only serves as a distraction rather as an element that is complimentary. That is the key function of a subplot. It should compliment and enhance some aspect of the main plot line, whether it be an expansion of a character study or even the secret key to solving the puzzle of whodunit.

Do you outline, or are you a pantser? I’m basically a pantser. For me, part of the joy of writing a book is discovering who my characters are. Even though I’m writing this, I’m also acting as the first reader. What are they going to do next? What are they going to say? I’ve heard many writers say that at some point, the characters take over. I have experienced that as well. Your id is firing overtime, and you can’t type fast enough. Even if you don’t use much or any of the additional material, it gives you insight into their character. I’m a character-driven writer, so this is the cream in my coffee. I will say that I always know the ending. First, this tells me why I want to write a book. The “why” a story needs to be told. Second, it gives me a goal post to write to.

Otherwise, I can get distracted by the shiny. I also have a fair idea of what the middle is. Sometimes that gets delayed a bit, but I think if you have a firm grasp on the middle of a book, say around 40,000–45,000 words, then you can race toward that end with the knowledge that much of the book’s character arcs are developed enough that you can concentrate on the action in the last half of the book. Not that you abandon your character arcs because you need them to respond to the plot arcs, but it does give you the freedom to go hell-bent for leather in the last half of the book. I also have a firm beginning in mind, but beginnings are hard for me. I always end up rewriting any beginning to my books a minimum of six times. Grabbing the reader in the first fifteen pages is hard, which these days is a mandatory requirement. The days when you are allowed to mosey into the plot are over.

What kind of research do you do? For my Pauline Pfeiffer historical novel, I delved into the world of Ernest Hemingway, F. Scott Fitzgerald, and the ex-pat world of Paris after World War I. I have more biographies on this period lining my bookshelf than any sane woman should admit to. Also, that period saw an explosion of photographic documentation of history with magazines such as Life.

I’ve just written my first historical mystery novel, which is set in 1930 San Francisco. I’m old enough to remember much of older San Francisco, so I wasn’t faced with trying to capture what San Francisco looked like before the Summer of Love, at which point everything changed. Newspapers are a great source for photographs. The SFGate archive is amazing.

Looking to the future, what’s in store for you? I hope it’s published! I have three finished novels I’m currently shopping. I have self-published before, and while I don’t relish the amount of work that self-publishing entails, I think all these books are good reads and deserve an audience, so I never say never.