Lois Winston – From Cozy to Caper 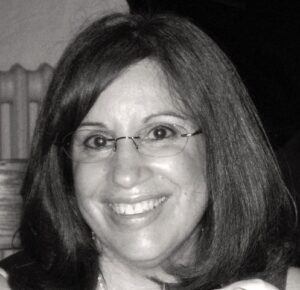 Kirkus Reviews dubbed her critically acclaimed Anastasia Pollack Crafting Mystery series, “North Jersey’s more mature answer to Stephanie Plum.” In addition, Lois is a former literary agent and an award-winning craft and needlework designer who often draws much of her source material for both her characters and plots from her experiences in the crafts industry.

When I first began writing years ago, I wrote romance and romantic suspense, but when the chick lit craze hit the publishing world, my agent suggested I try writing one. That’s when I discovered I had a knack for writing humor. Who knew? I flub every joke I’ve ever tried to tell!

The first book I ever sold straddled a line between women’s fiction and chick lit. Talk Gertie to Me was a humorous fish-out-of-water story about a mother and daughter. The second book I sold was Love, Lies and a Double Shot of Deception, the first book I ever wrote. But with only a few exceptions, my life since late 2009 has been consumed by Anastasia Pollack, the reluctant amateur sleuth of my Anastasia Pollack Crafting Mysteries. That’s when I signed a contract for the first three books in the series, which debuted in 2011.

One of those exceptions came about as a result of an invitation from Amazon. In 2015 they embarked on a new publishing venture. Kindle Worlds was a foray into fan fiction where anyone could write novellas that tied into handpicked existing series. To get the project up and running, Amazon invited additional authors, many recommended by the series authors, to create the first novellas.

There were few rules we had to follow in creating these companion novellas. Authors could use as little or as much of the existing series world as they wanted. We could even change the tone of the original books in the series.

I was asked to write a novella based on author CJ Lyons’ Shadow Ops Series. CJ writes what she calls “Thrillers with Heart.” Since writing the first of the Anastasia Pollack Crafting Mysteries, I’ve turned my back on the dark romantic suspense of my early books to concentrate on humorous tales. I figure there’s already too much in this world keeping us up at night. I want to give my readers an escape from the real world.

Since I had the freedom to create a novella in a different tone from the Shadow Ops books, I reimagined CJ’s domestic thriller series as a humorous caper. If you’re not familiar with capers, think Janet Evanovich’s Stephanie Plum series. Capers are a mashup of suspense or romantic suspense and humor. They’re often similar to amateur sleuth or cozy mysteries but without the restrictions regarding language, violence, or sex.

The Kindle Worlds program disbanded a few years later. The novella authors were allowed to republish their work as long as they received permission from the series author and all references to the original series were removed or changed.

I’m not the fastest writer, and Anastasia tends to keep me busy. I finally got around to updating my novella a few months ago after the release of A Sew Deadly Cruise, the ninth and latest Anastasia Pollack Crafting Mystery. However, I held off publishing the novella so it wouldn’t compete with the release of that book.

I changed the title of the novella from Mom Squad, expanding and rebranding it as Moms in Black, a Mom Squad Caper. If the novella does well, I plan to write two more Mom Squad Caper novellas for a 3-novella series, but right now, I’m hard at work on the tenth Anastasia Pollack Crafting Mystery. 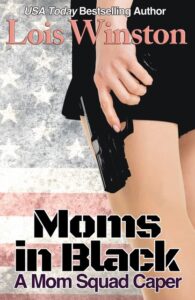 When Cassandra Davenport applies for a job at www.savingtheworld.us, she expects to find a ‘green’ charity. Instead, she becomes the newest member of a covert organization run by ex-government officials. Dubbed the Mom Squad, the organization is the brainchild of three former college roommates—attorney general Anthony Granville, ex-FBI agent Gavin Demarco, and tech billionaire Liam Hatch—all of whom have lost loved ones at the hands of terrorists. Financed by Hatch, they work in the shadows and without the constraints of congressional oversight, reporting directly to Granville.

Demarco heads up one of the six groups that comprise the new operation. He hires Cassandra as the newest member of his New Jersey based team. In the course of monitoring possible terrorist threats, the Mom Squad discovers a link to Cassandra’s ex-husband. Before she’s fully trained, Cassandra is thrust into a world where her ex may be involved with radicalized terrorists bent on killing as many Americans as possible.

And while they’re saving the world from an imminent attack, what in the world will Cassandra do about all that sexual tension simmering between her and her new boss? 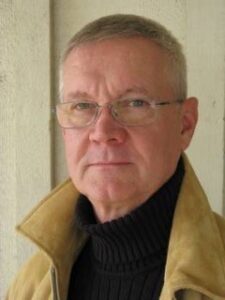