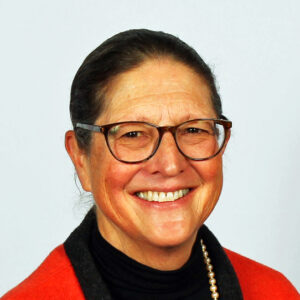 Dr. Eve Sprunt was the 2006 SPE President of the Society of Petroleum Engineers. In 2010 Eve received SPE’s highest recognition, Honorary Membership. She has 35 years of experience working for major oil companies, 21 years with Mobil, and 14 years with Chevron. In 2013 Eve received the Achievement Award from the Society of Women Engineers. She was the 2018 President of the American Geosciences Institute. She was the founder of the Society of Core Analysts in 1985. Her S.B. and S.M. degrees are from MIT (Earth and Planetary Sciences) and her Ph.D. (Geophysics) from Stanford. She was the first woman to receive a Ph.D. in Geophysics from Stanford. She has authored more than 120 editorial columns on industry trends, technology, workforce issues. She is the author of A Guide for Dual-Career Couples and Dearest Audrey, An Unlikely Love Story, and co-author with Maria Angela Capello of Mentoring and Sponsoring:  Keys to Success. She speaks and consults on both energy issues and women’s issues.

My first book, A Guide for Dual-Career Couples, Rewriting the Rules (2016), was a labor of love that I started work on after I retired in late 2013 and published by Praeger in 2016. That book was prompted by my being horrified by how women were discriminated against by being part of a dual-career couple. The young women mistakenly thought that if they got some international experience at a convenient time in their career, that was needed. Instead, the industry wanted a trailing spouse and a willingness to go anywhere at any time.

I self-published the first manuscript I started, Dearest Audrey, An Unlikely Love Story, in 2019. I found an agent who got a publisher for A Guide for Dual-Career Couples.

At this point, the book I really want to promote is Dearest Audrey. I thought I knew my Auntie Audrey well. Still, when long after her death, I discovered 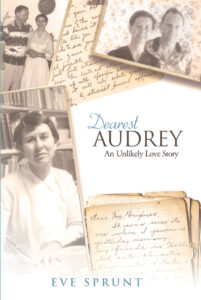 letters she had written while in Pakistan as one of the earliest Fulbright scholars, I was captivated. While in Pakistan, Audrey had a brief encounter with an American photographer, whose marriage proposal forced her to choose between her hard-won career and love.

I write both self-help career guidance books and memoir/biography. The latter is a combo in that I have some interesting people in my life, such as Audrey, and have been advised that since I know them, I should “put more of myself in the story.” I’ve been working through the Tri-Valley Branch of the California Writers Club critique groups parts of my memoir/biography of my mother, Passionate Persistence. Starting when she was 49, my mother had 29 children’s fantasy books she wrote and illustrated, published. Her first book, The Wednesday Witch, sold well over a million copies and was translated into multiple languages. Combined, her books sold over nine million copies. My mother’s diaries, written between when she was 13 and 81, had been collecting dust in my home when I decided at the beginning of covid that it was now or never. I have been working on Passionate Persistence ever since. Reading those diaries, I was shocked that even though my four siblings and I were born within an eight-year time span, and we were all raised in Brooklyn in the same house, we had drastically different childhood experiences. When I left home, my mother’s career as a children’s book author finally took off. Deeply immersed in her career, Mother lost all interest in supervising my younger siblings. Too much supervision was not fun, but the consequences of too little were far worse.

Early in my career as a scientist, I realized that one way to get credit for my work was to document and publish it. Since I worked for giant corporations, I got very creative in finding ways to get company permission to publish and become actively involved in the editorial side of a couple of professional societies’ publications. By the time I shifted from focusing on technology to business and management issues, I had 23 patents and 28 technical publications. In 1994, I took on the voluntary position of Senior Technical Editor of the worldwide Society of Petroleum Engineers. That role came with a monthly column in the flagship journal that went out to over 100,000 members worldwide. I saw writing my column as “walking along the edge of a cliff and trying not to fall off.” I wrote from the “underdog” position about issues that bedeviled technical professionals. Despite or perhaps because of my risk-taking, I survived numerous layoffs, including two in which half of the people in my group were terminated. I quit calculating the odds that I still had a job after the second 50% layoff – my odds of survival were too small. In retirement, I enjoy being able to write without worrying about corporate censorship.

I’m currently working on a memoir/biography of my mother, Passionate Persistence, and A Guide to Career Resilience – When Silence is not the Answer. I began writing that book when we were collaborating on Mentoring and Sponsoring, Keys to Success. During the interviews we conducted for that book, I occasionally sensed that our interviewees were concealing what I view as the dark side of mentoring and sponsoring. Getting people to talk about problems is much more challenging than getting them to brag about their successes. We have had a few people share devastating experiences, and my co-author and I have been filling in the gaps from our own careers.

Tri-Valley has been very beneficial to me. I had never before been in a critique group, and the process has greatly benefited me.  Writing bio/memoir is very different than writing business books, editorials, and technical papers. The feedback and suggestions have been invaluable. As a scientist, my goal was to write from a very analytical and objective perspective. I have applied those skills to interpreting the consequences of my mother’s actions but need to include the emotional impact of writing about them in the bio/memoir. 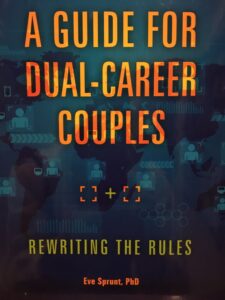 My first book published was my second book attempt. The agent found a buyer for the second, but they wanted it written from an entirely different perspective. I had written the manuscript trying to persuade management to change their approach to managing dual-career couples. Praeger used librarians to review book proposals. They said that my audience should not be management but members of dual-career couples. By the time the contract was negotiated, I had six weeks to get the manuscript submitted to be included in the next book catalog. My agent had taken over a month to work out the deal. (Praeger primarily sells through their catalog.) Since I was retired and working for myself, I realized that I wasn’t limited to regular working hours; I began working seven days a week, from morning into the night, and finished with about a week to spare. It was a fun exercise turning my first manuscript around to address the issues from the opposite perspective.

There are subplots even in bio/memoir. Weaving them into the main story can also be challenging.

The fictional book that may have had the greatest impact on my life is Robert Heinlein’s Time Enough For Love. I took away the idea that you can have multiple careers in life, and you can bluff your way through some things. One of my favorite non-fiction books is Powers of Ten, About the Relative Size of Things in the Universe by Philip Morrison, Phylis Morrison, and the Office of Charles & Ray Eames. I had Philip Morrison for the 6th level physics course at MIT, but this book wasn’t published until two decades after I graduated. For me, it signifies that as we go both up and down in scale, things become more and more esoteric and unknowable. My mother’s younger brother was a Physics professor at Berkeley. I would ask him, “What is the universe in?” His answer to me was always very unsatisfying. He said it was a shape that closed in on itself.

Readers can contact me through LinkedIn or FaceBook. Fortunately, my name is unique, so I’m easy to find.