Book Review: Blood Meridian, Or, The Evening Redness in the West

Many consider Cormac McCarthy’s Blood Meridian too violent to read. Violence begins on

the second page and continues unabated to the end. McCarthy delivers a treatise on man’s inhumanity to man in the form of genocide. Blood is a constant theme as blood is spilled in one senseless massacre after another. Blood is not the result of conflict, but the reason for it.

McCarthy weaves what could be a series of short stories describing the worth or lack of indigenous people’s lives in the latter half of the nineteenth century west. The story, seen through the eyes of the narrator, follows the Kid and a gang of killers. McCarthy’s narrator never allows the reader inside the mind of the characters. We learn only what McCarthy wants as he develops his characters. He forces the reader to imagine one’s vision of the murderous thoughts. He is masterful in constructing his performers while forcing his readers to judge them.

McCarthy uses understated allegory to deliver messages that express what the characters are or what they represent. Spitting is used throughout as a symbol of the low regard the men have for anything, including human life. The insult of the act says more than dialogue could deliver. Wolves are symbolic actors. Almost daily, we see wolves. The humans and the wolves are representative of hunters looking for easy prey. The only difference, wolves kill for survival.

Glanton and his gang are inherently immoral, evil, clichés of bad guys in black hats. The governments of Mexico and the United States, equally evil, legitimatize genocide. This allowed for the ferocious and persistent murder and attempted extermination of the native peoples of both countries.

Genocide is the predominant theme. Except for the Delaware’s, the Indians are shown as savages. This holds even when the Diegueño Indians rescue the Kid and the ex-priest. “They would have died if the indians had not found them” (312). The narrator refers to these people as savages, as aborigines. “they saw the halfnaked savages crouched…” (312).

Two central characters, Glanton and the Judge, build upon the theme of genocide. Glanton, when he kills an old Indian woman sitting in the square of an impoverished Mexican village. When he sees three of his men squatting with her, he dismounts and kills her. “The woman looked up. Neither courage nor heartsink in those old eyes. He . . . put the pistol to her head and fired” (102). On the very next page, he confirms his complete contempt for life when he tells the only Mexican in his band to scalp the woman’s corpse with these chilling words, “Get that receipt for us” (103). She is nothing more than a hundred-dollar bounty.

The reader becomes almost inured to the violence. Once the butchery began, it seems as though there can be nothing more disturbing—there is—the Judge is evil incarnate. The gang surprises and attacks a large Indian encampment, “the partisans [Glanton’s men] nineteen in number bearing down upon the encampment where there lay sleeping upward of a thousand souls” (161). The Judge leaves the devastated village with a captured child, a ten-year-old boy. He treats the child humanely, and the boy becomes somewhat of a mascot. Three days later, the depth of the Judge’s evil is shown. “Toadvine saw him with the child as he passed with his saddle, but when he came back ten minutes later leading his horse the child was dead and the judge had scalped it” (170). The reader is left to wonder if the Judge killed the boy because he thrives on murder, or if he defiled the child and killed him afterward.

McCarthy’s colorful and graphic language adds significantly to the ability of the reader to see, understand, and experience the scenes and settings. Short and straightforward, his portrayal of the gang as they cross the desert, conveys in a few easy to read lines, in which the reader can feel, and smell the riders. “They rode on, and the wind drove the fine gray dust before them and they rode an army of graybeards, gray men, gray horses” (259).

The Kid, born into a violent world, dies a violent death forty-five years later. Some assume that the Judge, a pedophile, and sexual deviant, rapes the Kid and leaves him for dead. We’ll never know the answer.

McCarthy’s final message to the reader, evil cannot be eradicated; it lives forever.

My luck continues with talented authors. This week’s author is Julie Royce, who writes as J.K. Royce. 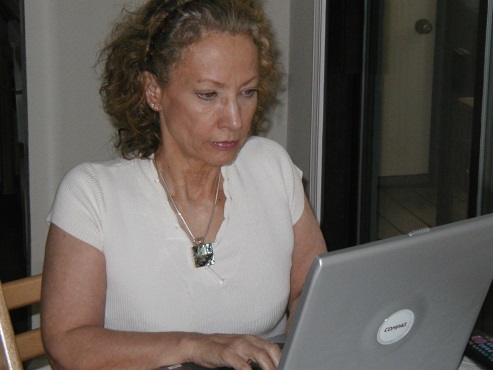 Attorney Julie Royce rises daily at 5:00 a.m. to write in a variety of genres.

Julie has a recently published legal thriller. PILZ is a sizzling whodunit written by an attorney whose legal career exposed her to the dark side of the medical profession. This spine-tingling tale of murder and betrayal will leave you wondering how far to trust your family doctor.

Casey Lawrence is an assistant attorney general who believes her biggest problem is the ex-husband camped in her guestroom. That annoyance escalates to major trouble when she enters her blood-spattered study. Her ex is missing. After the police arrive, she becomes the prime suspect in his disappearance and probable murder.

A grisly crime she committed seventeen years earlier sucks her into a conspiracy between a drug kingpin and unscrupulous doctors. The stakes are her career, her freedom, and her life. The only cards she holds are her wits, a well-honed instinct for survival, and the loyalty of an ex-cop with questionable ethics. Will those be enough to win the deadly game?

Julie is currently working on another mystery/thriller, tentatively titled, “The Mission Murders” which will move her protagonist, Casey Lawrence, to San Francisco’s Mission District.

In her spare time Ms. Royce writes short stories. One has received first place and two others have received honorable mention in contests. Several have been published in anthologies.

PILZ is one of my favorites. If you want your own copy you will find it available as an e-book or paperback from Amazon.