LYNN HESSE – Come Visit as this Author Shares Her Story 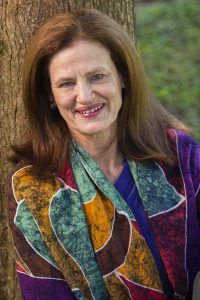 Lynn Hesse won the 2015 First Place Winner, Oak Tree Press, Cop Tales, for her mystery, Well of Rage. Her novel Another Kind of Hero was a finalist for the 2018 Silver Falchion Award and won the International Readers’ Chill Award in 2021. Her short story “Jewel’s Hell” was published September 2019 in Me Too Short Stories: An Anthology by Level Best Books and edited by Elizabeth Zelvin.

Her short story about a domestic homicide, “Murder: Food For Thought,” published in the anthology Double Lives, Reinvention & Those We Leave Behind, 2009 by Wising Up Press, was adapted in the play, We Hunt Our Young, produced at Emory University Field Showcase and Core Studio Luncheon Time Series, 2011. Excerpts from the play “Unacceptable Truths” were performed on the Atlanta BeltLine in 2013.

An interview concerning Lynn’s role as a police officer, “Blue Steel,” is in The Women’s Studies Archives, The Second Feminist Movement, Georgia State University. She performs in several dance and theatrical troupes in Atlanta, Georgia.

Appreciation for Other Writers: I owe Public Safety Writers Association, PSWA, gratitude, and a hearty thank you for mentoring writers. Let me tell you why. My latest endeavor is an audiobook release based on my first novel, Well of Rage, and, of course, the marketing of it.

Recruit Carly Redmund is accused of mishandling evidence by her white-supremacist training officer and must solve the cold case murder of an African-American teenager whose bones and high school ring are found in an abandoned well in Mobile, Alabama.

During the 2016 PSWA conference in Las Vegas, I was given a suggestion by Lorna Collins, another PSWA member, to submit to Desert Breeze 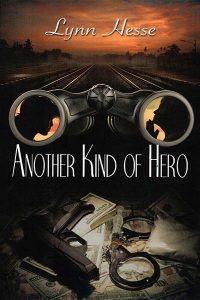 Publishing concerning my traditional mystery Another Kind of Hero. They published my novella.

A casket full of drugs and money found at the Pick’n Pay in Forsyth, Georgia, plus a ghost, put two contentious sisters and an uncover DEA agent in jeopardy.) Lorna also edited this novella, a finalist for the Silver Falchion Award at the 2017 Killer Nashville Conference, and won the International Readers’ Chill Award in 2021.

What new skills have you learned recently? I finished the audio book’s final proofing for Well of Rage and came away with several valuable lessons. For instance, most tags “he said” or “she said” necessary in a regular book are distracting while listening to an audiobook. It makes me aware of cutting out as many tags as possible in my regular writing and give the character an action or gesture to convey who is speaking. If there are only two characters in a scene conveying pertinent dialogue, tags should be minimal. I’m considering going back to Vellum to edit the eBook. Again.

Next time I will pick a southerner to read my books. Conveying how a southern drawl should sound by email is frustrating. I’m acutely aware of how I pronounce the words either and route. I’ll probably pick a woman to read my upcoming novels with female protagonists. The professional male reader I chose for Well of Rage did a good job; however, I missed hearing some version of the female voices I have in my head. 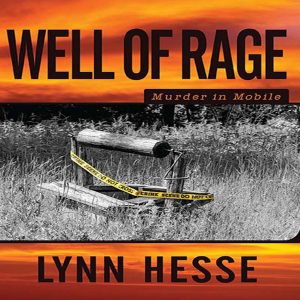 If you are interested in helping me reach my goal of testing Amazon’s algorithms for bestselling books, please preorder/buy the audible book for Well of Rage and then post a review. https://www.amazon.com/Lynn-Hesse/e/B01LKPRAZQ

What manuscript have you completed this year? Gritty stories, sometimes with a bit of jaded humor, pour out of me. If statistics prove anything, female crime writers are traditionally published less often than male ones, but rejection goes with the territory. If I’m not offered a traditional contract soon, I’ll self-publish the sequel to my first novel, A Matter of Respect, the first of next year.”

In Mobile, Alabama, Officer Carly Redmond witnesses a robbery in progress and makes an off-duty arrest of a mentally ill man, Joshua Randall, that leads to the death of a fellow officer by the suspect in the jail’s intake sally port. During interrogation by her department’s Internal Affairs and the Alabama Bureau of Investigation, Carly learns the jail’s video of Joshua murdering the officer with a knife is missing, and the radio printout is altered. She is sure she patted down Joshua and bagged the switchblade, but “the powers that be” accuse her of negligence.

What are you in the midst of publishing? I am in the process of self-publishing Stranded in Atlanta, a novella about a trio of con artists. They are stuck in Atlanta without funds when the oldest member has a heart attack and dies. Clara Shannesy Blyth and her adopted Uncle Roman are crushed at their mentor’s death. Still, Clara must take over the reins of the duo and pull off a risky art heist of an Edward Hopper painting with a cut-throat team. She falls in love for the first time at twenty-seven with Hernando and realizes too late he is the Hopper painting’s forger, and his brother is the man trying to kill her.

Stranded in Atlanta took me deep into research about the Roma culture and their displacement into ghettos throughout European history. My studies about the Roma culture and their myths are ongoing. However, Julie Baggenstoss—a flamingo dancer and academic in matters concerning the marginalized Roma culture and the important influences of their people—was one of my six beta readers and provided research materials for me. Also, my Spanish daughter-in-law at the time added her insights. Darija Pichanick, the SinC President for the Atlanta Chapter, provided details about Croatian food, geographic traveling timetables, and attitudes toward foreign guests. This eye-opening research drove me to develop what I hope is a likable anti-hero character as my protagonist.

When you aren’t writing crime novels, do you write in other genres or styles? Yes, I branched out during the pandemic and wrote a short science fiction piece to entertain my teenage grandson. It has turned into a YA novel-in-progress called “Grams and Grandson Teddy, the A.I. Private-Eye Detective.” Recently, I was informed my short story “Bitter Love” will be in the fall issue of Crimeucopia by Murderous Ink Press.

Have you ever judged a writing contest? I was honored to judge a local writing contest, and now I have empathy for editors who read countless submissions.

To buy my books https://www.amazon.com/Lynn-Hesse/e/B01LKPRAZQ

NANCI RATHBUN – Don’t Miss Out on the Listening Experience 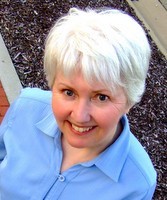 Nanci Rathbun is the author of four mystery/crime thriller novels available in print, ebook, and audiobook format. Look for the PI Angelina Bonaparte Crime Thrillers at your favorite retailer—in whatever format you prefer.

The audiobook market has grown from forty-two million in 2013 to over two billion in 2019. But there are those who dispute whether listening is ‘cheating.’ Is it equivalent to reading? Or is it somehow ‘less’?

My personal prejudices came to a full stop in 2016, after a severe reaction to meds following cataract surgery. I spent weeks in the dark, unable to solace myself with reading, and reluctantly turned to audio to escape scream-out-loud boredom and recenter my focus outside of my painful situation.

A whole new world opened up to me during that rough patch. A world of voice acting that took me back to my childhood as an Army brat living overseas and listening to Armed Forces Radio. A world that enticed me to construct characters and settings in my head in a different way from when I read. A world that somehow activated a way of experiencing the written word as visual imagery.

I think we’re wired that way. Our ancestors gathered around fires to hear stories that educated and enlightened, as well as entertained. Wisdom stories like fables taught community values. Stories like Genesis taught the philosophy of existence and humanity’s place in the cosmos, and some stories, like the epic of Gilgamesh, used fictional narrative to exalt heroes and culture.

So are listening and audiobooks a lesser form of reading? Recent brain studies have shown that both reading and listening activate the same areas of the brain, giving evidence that they are on a par neurologically. Listening predates reading by millennia and continues to attract its own unique audience. And listening opens up a world that might not exist to vision-impaired persons and persons who struggle with learning disabilities.

And last but not least, listening to audiobooks allows us to be entertained while accomplishing other tasks that we might find boring, repetitive, or difficult: exercising—I walk farther when listening to an audiobook; cleaning—put on some Motown and get it done faster; driving—long road trips through open prairies or the Utah salt flats don’t make my chin hit my chest; and even dealing with insomnia—YouTube and sleep stories for adults (yes, that’s a thing!) have saved me from many a wakeful night.

So while reading is my choice in general, listening has captured a place in my heart as well. Like a good parent, I can’t claim one sibling is better than the other. Vive la difference!