BARBARA BUTTERFIELD – Is currently working on her 60th novel. 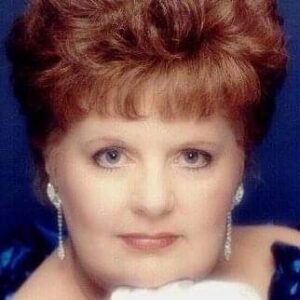 Ms. Barbara Butterfield is California-born and raised and currently resides in a suburb of Phoenix, Arizona, where she lives with her favorite feline friend: Baybee.

Romance, integrity, suspense, playfulness, and personal growth are all values that play a vital role in her novels. More importantly, the gospel and spiritual growth are also an aspect of life into which she delves.

Ms. Butterfield has written for many years, her first novel having been penned at the age of fourteen. She also studied writing and journalism, becoming the Editor-In-Chief of the school’s newspaper.

My latest work, “A Curious Christmas,” will be coming out shortly. These days, I primarily write in the military and law enforcement genres, so this light-hearted romance with a touch of psychology, mixed with a healthy dose of poignancy, is a bit different for me.

“A Curious Christmas” synopsis: Alysha Dunsworth is running from haunting memories of tragedy but soon discovers there’s no guarantee of winning the race.

Two recently published novels were a particular favorite to write: “The Last Flag” and its sequel: “Partners in Crime.” 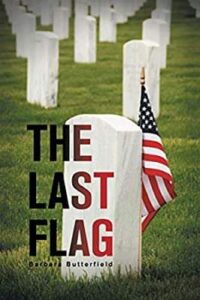 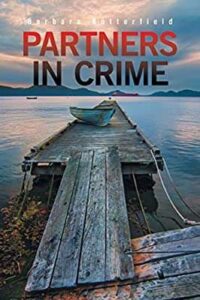 At the time, Charles and Zach, the two leading characters, were co-workers of mine. I used their names because of their personalities and the way they interacted with each other, but the storyline was created.

Because of their inspiration, those books were so much fun to write. Total ‘guy’ books, these two novels don’t even have a leading lady.

The Last Flag goes from Charles and Zach serving in the Marine Corps to Partners in Crime, where we see they have been discharged (honorably, though just barely) and now recruited into the FPI (Federal Piracy Interdiction), which is a division of the FBI and the trouble they get into there. When all is said and done, and the angst and laughter have subsided, Charles and Zach save the day and go from being toast…to heroes. Both are exceptionally entertaining yet complex stories.

So, years ago, friends said, ‘you ought to write a book.’ It seems they got a warped kick out of my letters. One person even complimented me by saying my humorous writing style was a cross between Erma Bombeck and Dave Barry. I have to admit that was quite humbling.

One day, while waiting for the moving van to arrive, I was bored. Everything was packed, except the computer. I sat down and tapped out a single paragraph that later developed into a 7-book series, and that was that. Now, eighteen novels later, I’m still writing.

I write in my living room at a little table that I pull over in front of my easy chair, with my old laptop (that I should replace.)

I write from emotion, which means I feel what I write. Consequently, my books are not written sequentially, but each chapter is written based on how I’m feeling at the time and then inserted where it belongs in the story, like driving from San Francisco to Los Angeles by way of Denver.

Writing comes very easily to me. In twenty years of writing, I can only think of one time that I had ‘writer’s block.’ I had a friend at the time who was a lawyer in Texas, I lamented to him, and within minutes he sent me a 1-page ‘idea.’ I was off and running, and “The Rogue of Port Cuevas” was born (my own 1800’s pirate’s story).

For me, the most challenging aspect of writing is suspense. I’m in too much of a hurry to let my readers know what’s going to happen. So, I have to pace myself. Not always an easy thing to do. That said, the only people that die in my novels are the bad guys. The bad guy in “For Love or Money” was particularly obnoxious, and he did get it good in the end.

I do my research online. Google can be handy. But also, as applicable, my friends can be a resource: an RN (who also edits for me), a retired USAF colonel who was a pilot, a retired USMC captain, etc. I belong to one writers association, and the expertise of its members is also a good resource.

I rarely use an outline to write from. But I have at times, depending on how convoluted the plot/sub-plots are.

My characters are created, but I often use my friend’s names for my characters. I’m fascinated by names, so when I run across one that is particularly interesting, odds are… it’ll turn up in a book.

Another aspect of my writing is that I create the covers. I have used some ‘stock’ photography, but I moved into doing my own cover and interior galleys quite some time ago.

I orchestrate the whole gig: models, locations, props, and costuming. For “Journeys with Jesus,” I produced a music video to compliment the story. It was a unique and moving experience to watch the production unfold and see the story spring to life.

I choreograph the entire production: scene by scene and time it to include both camera time and costume changes. Depending on the complexity, I’ll host a pre-production meeting. In short, it’s a lot of work, but also a lot of fun.

Lastly, hmmm, advice for new writers? Writing can be a special and unusual calling. It can be rewarding and frustrating. Getting into writing is one of the hardest things you will ever attempt. It almost seems as if literary agencies exist merely to reject your work, thereby kicking you to the proverbial emotional curb. Roll with it, learn, and keep going.

I self-publish for this very reason. It still gets the book out there where people can read it and like it. In my case, people love my work and have told me so. But all I get from agencies are rejections. Hence, I self-publish…and keep going.

Also, writing doesn’t pay, not until you build a name and reputation, and that can be a long, hard climb, and it surely doesn’t happen overnight, if at all. So, you write not for the money, but because it is the heart of who you are.

So, in short, write. If there’s a story inside of you, it will find a way to make itself known.

Also, you never write a final copy when you first sit down at the computer. You will write and then fix it. Then read it, and change it. Eventually, you’ll end up with a manuscript that is just the way you want it.   If you’re having a hard time starting, just sit down, jot out a paragraph and see where it leads. Remember, you don’t always need a map to see where the road may lead.

Readers are welcome to contact me at my email babsbutterfield@hotmail.com. Books may be purchased through any online retailer like amazon.com or Barnes & Noble, etc.