The last post here was a fictional account of a soldier returning from the Vietnam War. This post is a letter written by a Vietnam War Veteran. I have not changed a single word. 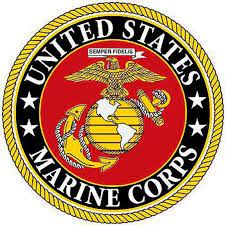 While going through my diary I ran across a letter I wrote shortly after returning from Vietnam and thought it might be of interest to some who would take the time to read it or not. Let me know what you think.

I am a Marine and from the day I entered boot camp in 1964 I was taught that Marines are fearless.  From the moment I landed in Danang Vietnam in October of 1967 I feared for my life. Can I put a date on incidents that increased that fear no not really. The memories of my thirteen months in Vietnam are locked away in my mind. On occasion when I am asked to remember those days I do so with reluctance.

My first thought of dying was probably in November of 1967 when the sirens went off and I heard the screaming sound of rockets overhead and the explosions of 120mm rockets as they impacted on the flight line. I grabbed my rifle and helmet and ran for the bunkers on the flight line in the revetments. I didn’t think it was possible for anyone to run that fast. With my fellow Marines we dashed the hundred yards to the bunkers as rockets landed all around us. When the rockets struck the shrapnel flew around us, it was pieces of fiery gold metal, and somehow we ran faster. On one occasion a rocket struck an aircraft ahead of me and the explosion knocked me back. I dodged to the right and angled to the bunker away from the exploding A-6.

These attacks occurred on an irregular basis throughout my tour.

On one occasion when I ran for my position at the bunker at the entrance to our hangars a rocket struck the aviation fuel tank 29 yards from the command bunker and the tank exploded and burned all night long. The sides of the tank seemed to melt as the tank collapsed. I remember seeing a man on a bicycle pedaling by as if the devil himself was chasing him. We laughed at the time but I thought afterwards how I emphasized with the man and felt his fear.

On a weekly basis I would travel to the Air Force’s side of Danang’s airfield and I saw the open sided sheds that were 15’ high and filled with shiny aluminum caskets. They were the dead waiting to be transported back home. That sight still haunts me as I think of the 50,000 men killed in a futile war.

I remember hearing that a truce was declared between the North Vietnamese and the US only no one told the Viet Cong. They kept on attacking. In January of 1968 during Vietnam’s Tet or New Years the Viet Cong began a massive assault on South Vietnam. We heard they had overrun Hue and several other Marine bases. Our turn came shortly after. The rocket attacks intensified, on one occasion the  rockets struck all around as we were in the chow hall. I dropped my utensils and ran for the nearest bunker. I tripped on the wooden sidewalks leading to the bunker, falling face down and splitting my lip when my teeth smashed through my lip. My partners scooped me up and carried me to the bunker and later to the medical center where the Corpsman stitched my lip . I remember him saying “Your mouth is dirtier than your asshole!” When he saw the startled look on my face he said there were more germs on my lips than on my anus

My friends joked that I should get Purple Heart for being injured during combat. I thought of all the Marines out in the jungles being wounded and killed by bullets and booby traps and thought my injury paled in comparison to their traumas.

One night during a rocket attack a missile struck the bomb dump at the end of the runway and blew down dozens of our tin roof screen sided huts. There was  a mushroom cloud rising into the sky and I thought they had finally gone the final step and dropped an Atomic bomb on us and I would surely die a horrible death from the radiation. Shortly after they hit the Flare dump in the same area and I saw the most spectacular fireworks show I had ever seen. We were standing on the top of our bunker between our huts photographing the explosion dressed in our underwear, a flak jacket and helmet when the First Sergeant came up to us and told us to get our ass’s inside the bunker. Shrapnel was whizzing all about us piercing the side of our hut and the sandbags of our bunker. I still have pieces of shrapnel as a reminder of how close I came to being maimed or killed.

When the Viet Cong over ran the base we ran to our bunkers on top of the revetments and began shooting at the black pajama clad Viet Cong as they ran down the run way caring satchel bombs to throw under our aircraft. Suddenly bullets started striking the metal below our sand bags. We discovered it wasn’t the Viet Cong shooting at us, it was the Air force. I thought that it would be a hell of a thing to be killed by “friendly fire.”

Speaking of “friendly fire” shortly after Martin Luther King was killed back in the States a black soldier went berserk and began firing a M-79 grenade launcher into our living area scaring the hell out of me and every other Marine in the area. Fortunately he was captured before he could complete his revenge attack on the “white people” who had assassinated his hero. Was I scared, hell yes I was scared every day I was “in country.”

The last thirty days were the worst. Rumor had it that more men were killed in the month before they rotated back then any other day of their tour.  The happiest day of my life was when the plane carrying me home lifted off the runway in December of 1968. When I flew over the San Francisco bay to land at the SF airport a lady commented on how muddy the water was and I said “yes it is but it’s my home and I’m so glad to be back here alive and not in a silver box!”

My first wife can testify to my lingering fears; when a siren would go off and I would jump out of bed and run for the door. She caught me and held me till the fear and shaking stopped. My second wife can tell you how movies about the war in Vietnam would ignite those old fears so bad that she wouldn’t allow me to watch those films.

I was in Country during the intense spraying of “Agent Orange” to defoliate the jungles to expose the trails and hiding spots of the Viet Cong. Did this cause the degenerative nerve disease Multiple Sclerosis? I don’t know and I don’t think my Neurologist Doctor Joanna Cooper can say for certain. The cause of MS is still unknown but the possibility is there.

I returned to the States in December of 1968 and was advised I would get an early out in December instead of May 1969. I was still credited with a full four years of service. I received a letter from Sgt Major at Treasure island advising me that Marine Corp in its infinite wisdom promoted me to Staff Sergeant, added a metal and then invited me to Treasure Island to accept the stripes and ribbon. I declined seeing an re-enlistment pitch coming.