Jim said, “If we kill him, and get caught, they will electrocute us. If we kill him, we have to do it in a way that can’t be proved.” He went on, “We gotta make sure the rest of the prisoners know it was us, so they’ll fear us.” They spent weeks coming up with plan after plan.

Ben, the youngest and least threatening on the chain gang, was the water boy. He shuffled up and down the line passing out water from two canvas buckets hanging by ropes from a wooden yoke. A tin cup was attached to the yoke by a cord. The prisoners were allowed to dip bug laden and brackish water twice each hour. Pete reveled in his domination of Ben by forcing him to fill the cup and hand it to him.

Ben said, “We can grind up glass to a fine powder and put it in his cup. It’ll cut his innards to pieces.”

“It’ll cut you, and the guards will see your bloody hands.”

“I’ll carry it in something and slip it in before I get to him.”

“I like the idea, but not glass. There are too many risks. If you get caught, what’ll you say?”

The chain gang was on a particularly tough stretch of the swamp, clearing brush and bamboo. Hardly a week went by without someone getting bit by a snake. Everyone, including the guards, was jumpy. As one of the prisoners put it, “You had-ta look where you was cutting every time you swung your machete. Otherwise, you could-a hit a snake.”

The men carried long bamboo shafts to thrust ahead of where they worked to get the snakes to move away; even the guards had poles.

Ben had read somewhere that finely shaved bamboo slivers could kill a man slowly and painfully with little evidence. In these surroundings, he was sure he could conceal this deadly gift.

“I’ll try bamboo and see if it does the job.”

The next day Ben cut a few inches from his shaft. Working with a jailhouse knife made from a piece of tin, he cut fine shards. So fine, they were almost invisible to the human eye. He wasn’t careful, and a sliver got stuck in his finger. He felt the pain but could not see the offending shard. “Damn, this hurts.” 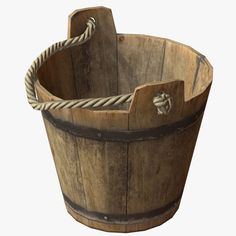 “How you gonna test it?” Jim asked.

A pack of mongrel dogs hung about the camp surviving on scraps, roadkill, and what they could beg off the prisoners and guards. “I’ll try it on one of the mutts.”

“Easy, I’ll save my meat Saturday and mix in the bamboo.”

Angrily, Jim retorted, “I mean, how can you kill a dog?”

“Easy if it will help get rid of Pete.”

Jim slumped, head down as he whispered, “Oh, God.” After a moment, he looked up and said, “Okay.”

Two days later, Saturday, the one night a week they got meat, Ben saved what passed for meat, ground-up hog, beef entrails, and chicken scraps. Because it was his plan, Ben said, “I’ll do it.” After dinner, he slipped one of the dogs, a mangy collie mix, a handful of bamboo-laced meat.

Ben and Jim watched the mongrel. The first day they saw no change in its behavior. The second day the dog began whimpering and crawling around in pain—the third, it passed blood from its ass and coughed up more—the fourth it died.

Two days later, Ben gave Pete a water and bamboo cocktail. Based on their experience with the dog, they expected some sign on the second day. Pete seemed as healthy as a sadistic bastard can be. Ben thought about giving him another dose of bamboo. Jim vetoed the idea as too risky.

Ben smiled at Pete and said, “How’s the water?”

“What the f*@k are you talking about, punk?”

Ben smiled. He made sure that Pete’s crew overheard the exchange, a conversation he repeated as the day wore on.

On the third day, Pete began to complain of severe stomach pain. Walking up with a bright smile, Ben almost sang, “Hey Pete, you want another cup of water? I fixed it special for you.” Pete declined—by then—it was too late.

By the fourth day, Pete was shitting and puking blood. He couldn’t walk. Even the guards knew he was dying. Once again, Ben offered to bring him water.

No autopsy, no investigation, just a quick burial in an unmarked grave: the other prisoners knew Ben had killed Pete, only not how. Life on the chain gang remained hard.