Our guest today is Alec Peche author of Mystery and Thriller. 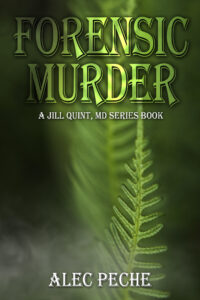 Who knows the most about how to get away with murder?

Jill, Nathan, and Angela head to New Zealand and Australia on a trip that is part work and part vacation. Jill is speaking at a forensic conference, while her friends are meeting with wineries to conduct business.

Dr. Jill Quint is a forensic pathologist by training. She left her crime lab to pursue her own winery but was called back by old colleagues to comment on cases. Those referrals expanded into a business where Jill offers second opinions on the cause of death. She also has her PI license and can be hired to investigate a suspicious death. Her friends assist her with cases by bringing their own skills like accounting, interviewing, and social media research. Nathan is her partner and is a world-renown wine label designer.

New Zealand has a reputation as a very safe country, so why are people dying in the cities she visited so far on her trip? They aren’t dying by gunshot or stabbing, rather these are unusual ‘accidents.’ In time, it becomes clear that these deaths are staged as ‘how to get away with murder’ events by a professional.

As Jill and friends transition to Australia, will the killer follow them? Is Jill the final target?

Read Forensic Murder for a crime story set down under.

When did you realize you wanted to write novels? Probably sometime in my 40s after reading a bad book. Throughout my high school and college classes, I was at best an average student, and I hated creative writing. I 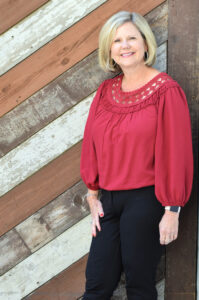 could rarely think of something to write about when I had to do it for a class.

How long did it take you to realize your dream of publication? In July 2012, I made my first attempt at writing a mystery. I fumbled around looking for a format on what to do. I hit a wall early in that I didn’t know who my characters were or much beyond the story’s premise. I tried software and a few books, but my page was still empty. Then I decided I would just sit down and write a page, then the page became several pages and flowed into chapters and a story. I had no contacts in the writing world, and I felt like my style of writing was cheating as I had no list of characters or an outline. I was a pantser but didn’t know there was such a thing. I finished the book in the spring of 2013, and I had a friend who was my first reader, and she said she enjoyed it. She didn’t tell me it was the best book she’d ever read or that it would be a bestseller. She told me where the holes in my story were. I came out of the business world and had never written more than a three-page memo, so I hired an editor who taught me a little about grammar and style. I published that book in September of 2013. I’ve gone back and re-written it a few times. You don’t use contractions when writing in business, and so I didn’t do that in my first two books. That makes any dialogue stiff, so creating contractions and more casual dialogue was part of the book’s improvements since being first released. I read Stephen King’s memoir ON WRITING and heaved a sense of relief when I learned that many authors don’t outline.

Are you traditionally published, indie published, or a hybrid author? Indie for all 14 books.

Where do you write? Ninety-five percent of my writing is done in my office on a desktop computer in Word. I’ll occasionally write on my iPad, but I like the big screen and mechanical keyboard in my office.

Is silence golden, or do you need music to write by? Silence! My characters are talking to me in my head as I type, and that’s all the ‘noise’ I need to write.

How much of your plots and characters are drawn from real life? From your life in particular? A fair amount of my real life is in my books. My three best friends are the series recurring characters. I worked for over thirty years in hospitals. Not as a physician, but with a lot of physicians over the years. Generally, every book setting is a vacation I’ve taken. I visited Australia and New Zealand two years ago. In FORENSIC MURDER, there are cities in the two countries that I didn’t visit (Wellington, Christchurch, the island of Tasmania), so I used Google Earth to fill in the blanks.

Describe your process for naming your characters? I used to keep a telephone book’s white pages around and randomly pick names. Now, that I have many countries that I set my stories in, I’ll google ‘popular first names or surnames in Israel or Quebec’, and pick a name.

If you could have written any book (one that someone else has already written,) which one would it be? Why? Harry Potter, the popularity of that book series is quite the empire. Also, it’s a mystery and an adventure. Of course, if I had written it, probably the last two books in the series would have been less dark.

Everyone, at some point, wishes for a do-over. What’s yours? I wished I had picked a different pen name.

What’s your biggest pet peeve? There’s so much strife in the world at the moment, who has the mental energy for pet peeves?

You’re stranded on a deserted island. What are your three must-haves? Another person, a big dog, and shelter.

What was the worst job you’ve ever held? Hand cutting onions at Jack in the Box. I would have to go into the walk-in refrigerator to slow down the tears. To this day, I hate onions.

What’s the best book you’ve ever read? Hard to say. I’ve listened to On Writing 2-3 times, Harry Potter – first in series, Ron Chernov’s Bios of Washington and Grant, JD Robb’s In Death Series. They are all very immersive stories.

What’s on the horizon for you? I’m playing with proposals in my head of starting a new series in Urban Fantasy or Paranormal Mysteries. But first, I need to finish FORENSIC MURDER for its release date of November 2.

Anything else you’d like to tell us about yourself and/or your books? My writing process is evolving. I haven’t hit on the perfect path that works for every book.