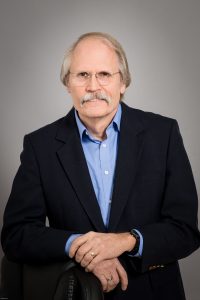 Lynn-Steven Johanson is an award-winning playwright and novelist living in Illinois. His mystery novels, Rose’s Thorn and Havana Brown, are published by Level Best Books. His next mystery, Corrupted Souls, will be published in 2022. He holds a Master of Fine Arts degree from the University of Nebraska-Lincoln and is retired from Western Illinois University.

Havana Brown, a prequel to my first novel, Rose’s Thorn, was the 2021 winner of a Royal Dragonfly Book Award for mysteries.

“Homicide detective Joe Erickson returns, this time obsessive as ever when he is pitted against a serial killer as methodical as Dexter and as cold as a winter breeze in Chicago. Fans of thrillers will feel Joe’s every frustration and relish his small triumphs, but they won’t deny author Lynn-Steven Johanson’s talent. Havana Brown has twists and turns, crisp dialog, and introduces readers to a sinister, terrifying, and unforgettable killer.” —Gabriel Valjan, Agatha and Anthony-nominated author of The Naming Game.

My third book in the Joe Erickson Mystery Series, Corrupted Souls, is due to be published this spring.

How long did it take you to write your first book? Because Rose’s Thorn was based on a 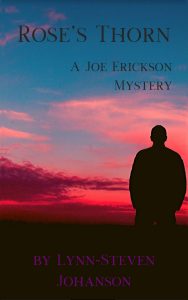 screenplay I had written about ten years previously, the adaptation only took about six months. Most of the dialogue was already there. But I had to teach myself to write narration. Fortunately, my wife helped me with that. Being a former English teacher and an avid novel reader, she was able to assist me with my narrative writing. She still acts as my editor. Once I complete a chapter, she reads it and suggests fixes, and points out things that I missed. She’s nice about it and doesn’t use red ink!

How long to get it published? That took a while because once Rose’s Thorn had gone through numerous drafts and I was satisfied it was in good shape; I started to send out queries to agents. For over a year, after reaching out to forty agents, getting ignored by half, and receiving thanks-but-no-thanks messages from the other half, I began to approach publishers who were accepting solicitations from authors. Level Best Books requested the entire manuscript, and they eventually offered me a three-book contract. The entire process from the first email to an agent to the contract offer was two years. It goes to prove it pays to be tenacious.

How do you come up with character names? My main character, Chicago Detective Joe Erickson, is named for my maternal grandfather, who died eight years before I was born. It’s a good, strong Midwestern name. His romantic partner, Destiny Alexander, a criminal profiler, has a name that is symbolic as she is Joe’s destiny. This one woman will always be with him. I see my characters in my mind and hear them talk, so my other character names are based a lot on how the characters look. Sometimes I search for “popular names for men or women” on the internet in order to see lists. Starting with Havana Brown, my second novel, the stories take place in Chicago, so I have a lot of ethnic characters. For instance, Joe’s partner is Detective Sam Renaldo. I found his names by doing internet searches for common Hispanic first and last names. I chose his names based on what seemed to fit him. And on a rare occasion, I will use a friend’s first or last name for a character. I did that to pay homage to a late friend in Corrupted Souls.

Do you have subplots? If so, how do you weave them into the novel’s arc? Only once. When I 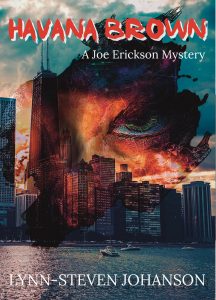 decided to write a prequel for my second novel, I knew I would be employing subplots. Havana Brown has a main plot which is Joe Erickson on the trail of a serial killer. But there are two subplots. The first is his developing romantic relationship with Destiny. The second is Joe dealing with his aging father’s health issues. I wrote it in a tight chronological order. I devoted certain chapters to Joe and Destiny and some to Joe and his father. But even in those chapters, something happened with the serial killer case, so the main plot was still intertwined with the subplot chapters. The subplots did make for a longer book.

Do you outline, or are you a pantser? I’m a playwright as well as a novelist, and I approach playwriting as a pantser. But having written two screenplays, I learned to write them via Syd Field’s method, which is highly structured. And I applied that method to writing novels. Syd Field calls his structure a paradigm that essentially lays out the story in terms of three acts: the setup, the confrontation, and the resolution. Each is separated by a plot point which is a major event in the story. Since Act II is twice as long as either Act I and Act III, it has a mid-point, which is another type of plot point that turns the confrontation in a direction toward the resolution. Once these points are decided, you begin filling in the story elements. I like to think of these elements as potential chapters. When you actually begin writing, the elements of the paradigm remain fluid. They can change as you write, but the plot points remain constant because they are the major events you write toward.

What kind of research do you do? I like to be as accurate as possible, so I do a lot of research on various aspects of a story. My first novel took place in the Iowa county where I grew up, so I knew the area quite well. But I had to research local law enforcement when I was writing the screenplay. I interviewed the county sheriff, and he answered all of my questions. Covid has made it difficult for me to do on-the-ground research on my subsequent novels. I live in downstate Illinois, but my locations are in Chicago, and I have been unable to travel up there. Using Google searches has been a godsend. My fictional detective works out of Detective Area 3, which covers the north side of the city on the Lake Michigan side. I am somewhat familiar with that area and can look up nearly everything on the internet I need about neighborhoods and police districts covered by Area 3. I also called Area 3 and spoke to a detective a couple of times about a few technical things. When I began working on my third novel, Corrupted Souls, I discovered a former homicide detective on LinkedIn who still works out of Area 3. He agreed to be an adviser for me, and he has been a great resource.

Where do you place your settings—real or fictional locations? I use real locations in so far as street names, neighborhoods, hotels, and well-known landmarks in Chicago like the Art Institute, Burnham Harbor, Navy Pier, and places like that. What I don’t use are the names of actual businesses like restaurants, bars, theatres, independent stores, and so on. If I’m looking for a bar in a particular neighborhood, I’ll do an internet search, choose a particular establishment, and instead of giving the name, I will write something like, “an Irish pub on East Ohio Street.” I go to their website, look at photographs, and may use a few details in my description. Some savvy readers from Chicago may be able to guess the pub I’m referencing on East Ohio Street. If it is important, I will use a fictitious name for an establishment, but that is an exception to the rule.

They can contact me through my website at www.LSJohanson.com. I would be happy to respond to them. My books are available on Amazon, and there are links on my website.