Being a writer is being a lifelong learner. . .

I’m a guest this month for George’s blog, and if not for him, I would have made a huge blunder in my most recent book, EMBERS OF MURDER. I thought 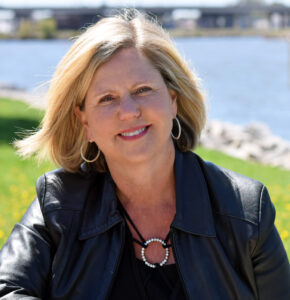 I understood the military. I guess I should have watched more television. I have a character in the book from NCIS. I thought it was a part of the military command. Fortunately, I happen to be talking to George about it, and he enlightened me that it’s a civilian personnel activity of the Navy. My character’s rank was changed from Lieutenant to Special Agent. Whew!

Each book brings about research. Whether it’s using Google Earth to stand on the streets of cities, I have never visited or trying to understand how various law enforcement agencies work across the world.

Like many authors, I occasionally glance outside, expecting to see an unmarked van surveilling my house to determine if I’m a criminal. Sometimes my research determines how long it takes someone to die from X poison. Did you know that most human bodies don’t burn into ashes if they die in a house fire? Well, you do now. Smoke inhalation is what kills them. I have a head filled with random knowledge ready in case the question is ever asked on Jeopardy.

I also shop online for random stuff as a part of my story. Where can I get a tank of nitrogen gas? How about a helium tank? Did you know that the mini helium tanks that you buy from party stores have twenty-one percent air in them? You can’t die inhaling the gas from a party-store purchased helium-filled balloon. Instead, you have to buy your helium tank from a welder’s supply. There you go… more random knowledge.

When I mentioned that EMBERS OF MURDER would be about an arsonist, a reader wrote to me to say that he investigated fires for an insurance 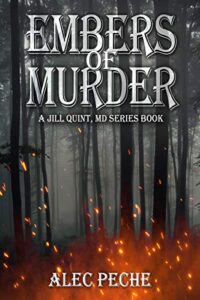 company and could be a resource for any fire questions. He was very helpful and suggested I use isopropyl alcohol to start a fire rather than gasoline as it doesn’t leave a residue that can be traced.

It’s all fiction, so why bother to get technical parts of the story right? Because bad information can be a distraction. I watched an episode of “ER” in the late 1990s. They portrayed something so medically inaccurate that I never again watched the show. I missed the next decade of shows because of my outrage with that single inaccuracy. I lost faith in ER’s writers.

I feel the same way about fiction stories. Even though I’m reading fiction, there are parts of every story that need to be true or believable. A character needs to behave like they have for the past five books. Science must be true whether the story is set on earth or some imaginary planet. I have an arsonist trying to hide their work, and I can’t achieve that if I start a brushfire with gasoline and expect that the fire people can’t figure that out. Duh.

Sometimes the research is routine (What’s on the menu of a Queenstown pub-restaurant). Other times I’ll spend nearly an hour going down a rabbit hole fascinated by what I looked for. For example, I’ve never visited Israel, yet I had a part of EVERGREEN VALLEY MURDER related to the Dead Sea.  Before I knew it, an hour passed as I looked at the sea with online pictures and Google Earth and read a little history of the area.

Being a writer is the best way to keep your brain engaged with the world around us!