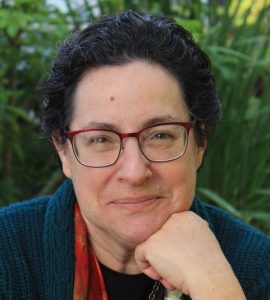 Lisa writes novels, short stories, Victorian mysteries featuring authentic details, and scholarly work about the young H. G. Wells. When she’s not researching and writing, she can be found pontificating about online pedagogy, gardening in root-bound soil, or watching classic movies. She was born in England but has lived in California most of her life.

My thanks to George for asking me to talk about my writing practice and my books! I’ve chosen a few topics to address.

New! Murder at an Exhibition – A Victorian mystery about a 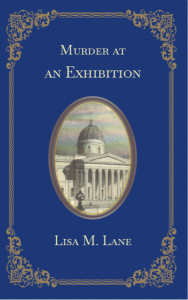 photographer’s Murder and how his assistant Bridget and her friend Jo unravel the mystery.

Writing process challenges – The most challenging part of my writing process is that I keep interrupting myself to do research. Let’s say I am writing a scene where my character needs to get across town, and I decide she’ll catch an omnibus. I’ll actually stop and research omnibus routes in 1862 London, checking how often they run and where they pick up. As a historian, I find it’s unreasonably important for me to be accurate, and that means interrupting my writing to be sure.

I also interrupt myself for research just because I don’t know things. Once I even contacted an astronomer to find out which direction the moon would be coming up for a scene. Yes, I could just keep writing, make a note and get back to it later, but I get fascinated when I have a question! I love learning.

Character names – Don’t you just love it when a character’s name evokes something about them? Although I think Charles Dickens went over the top with this (Mr. Gradgrind in Hard Times comes to mind), I do like the idea that names should somehow reflect the personality of the character.

Detective Inspector Cuthbert Slaughter, for example, has a very old English name, and he’s a fairly stable and old-fashioned person. Cyril Price, an actor/manager at the Surrey Theatre, has a stage-actor name. Jo Harris, who illustrates for magazines, has a strong name because she’s an intelligent and assertive person. Tommy Jones is the exception: he has a deliberately ordinary name, but he’s not ordinary at all.

Character names are also part of historical accuracy. I want to know what names people really used in the 1860s. So I look through lists of names common in Victorian England, but I also get great names from directories. Sometimes I can find out the real names of people who, for example, had shops on a particular street, so even the publican or grocer might have an actual historical name. 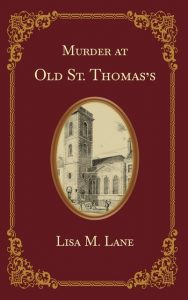 I also base some of my characters on famous or semi-famous people. And sometimes this happens on accident—I’ll read in the Illustrated London News that a person I’ve never heard of designed a building, or I’ll see a daguerreotype of a woman whose expression is just priceless. If I know the names, I’ll find out more about them and build sub-plots around them. Or I’ll just have them pop into a scene—I did that with Mrs. Catherine Dickens in Murder at Old St. Thomas’s. I have a lot of fun doing historical “guest stars.”

And yes, Thomas Crapper really was a plumber and entrepreneur who sold bathroom fixtures.

Plotter or Panster? You’ve probably gotten the idea already that I like serendipity when writing, which makes me an inveterate “pantser.” I have tried plotting; I really have! But it feels like stopping in the middle of a movie and guessing what’s going to happen. I know a lot of authors say the characters take on a life of their own, and sometimes so does the action. I may have a vague idea of the beginning and the overall theme, but I don’t know what’s going to happen until I start writing.

Historical Research – While historical research comes naturally to me after decades as a trained historian, researching for a novel is different. I need breadth more than depth. Rather than finding out everything, there is to know about one topic and then reading articles where historians analyze the perspectives on that one topic. I have many things to research at once—clothing, manners, food, water systems, building materials, omnibuses. And because I’m a stickler for reality, if I cannot find or access something (like a train timetable), I will change the story or the action to create something supported by the sources.

So I’m one of those historical fiction writers where the emphasis is on the historical. I use the newspapers, magazines, art, books, and material culture of the time. Accessing online databases, library resources, and city directories—these are all just part of deepening the story. My goal is to write novels and short stories that could only have taken place during the mid-Victorian era in England. The past is not just a passive setting but rather a place where our commonalities can be seen across time. 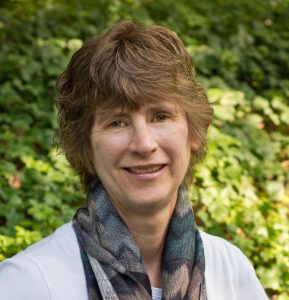 Lisa E. Betz infuses her novels with authentic characters who thrive on solving tricky problems. Her debut novel, Death and a Crocodile, won several awards, including Golden Scroll Novel of the Year (2021). Lisa combines her love of research with her quirky imagination to bring the world of the early church to life. She and her husband reside outside Philadelphia, Pennsylvania, with Scallywag, their rambunctious cat—the inspiration for Nemesis, resident mischief maker in the Livia Aemilia Mysteries.

Tell us about your new release, Fountains, and Secrets, Book 2 in the Livia Aemilia Mysteries. Imagine a world where Nancy Drew meets ancient Rome. In first-century Roman culture, few women challenged the status quo, but spunky, headstrong Livia dives right into a swamp of danger after learning that her new husband’s mentor has been murdered.

As Livia chases clues in secret, she discovers injustice toward multiple victims 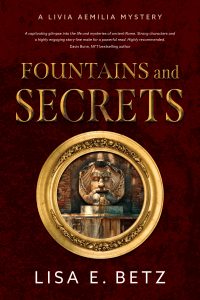 and the nasty web of affluent men behind it all. But when her husband, Avitus, learns what Livia is up to, they go head-to-head. Avitus doesn’t want his wife to be in danger, and Livia wants to prove to her husband that she’s capable of solving crimes. Their lack of mutual trust and respect turns into a bitter test of wills—can they learn to trust each other, or will they continue at cross purposes until someone gets hurt?

For readers who enjoy mysteries and historical fiction with a touch of humor, Fountains and Secrets is an engaging tale of identity, purpose, and hope.

What brought you into writing? I’ve followed an unconventional path to becoming an author. I started my career as a mechanical engineer working in a manufacturing plant. That led to fifteen years as a substitute teacher specializing in math and science. And that lead to an opportunity to direct a high school play.

The first play was so much fun that I directed school plays for ten years. I even wrote one. By then, I’d discovered that I really enjoyed writing and toyed with writing a novel, but I kept putting it off.

Then my youngest son went off to college, and I faced a choice: should I return to engineering or follow the new dream of being a writer? I chose writing. I spent the next ten years honing my craft, attending conferences, and writing practice novels. All the work paid off, and my first published novel has won several awards. 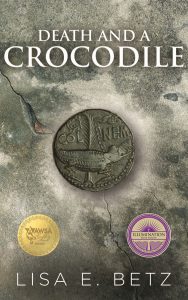 Your main character’s adventures take place in Rome. What prompted you to write about this time period? My interest in the Roman Empire stems primarily from many years teaching Bible studies. I have tried to absorb as much as possible about the culture and history of first-century Rome so I can bring the ancient world to life and make the New Testament more relevant to modern Christians.

Also, I favor books set in unusual eras or settings, so Roman times seemed an interesting choice. I particularly like the fact that women in the Roman Empire had more rights and freedom than in many other eras and cultures. For example, they could own and run businesses, like Lydia, who’s mentioned in Acts. So, it’s a reasonable choice for a female sleuth.

How do you come up with character names? As much as possible, I try to use actual Roman or Greek names. I like using NovaRoma.org’s Choose a Roman Name page. Unfortunately, Greek and Roman names can be unwieldy and hard to pronounce, so I sometimes give a character a nickname to make it easier on readers. For example, I gave Asyncritus (mentioned in Romans 16) the nickname Brother Titus. I also try to assign characters names that begin with different letters to help readers keep everyone straight.

How do you decide when to use Latin terms and when to translate terms into English? This is an issue that all writers of foreign settings must face. My decision has been to use English whenever possible to make it easier for readers. I reserve Latin for key place names or for concepts that don’t translate well into modern usage. For example, I use the Latin word dignitas, which encompasses a whole list of qualities, including honor, status, reputation, influence, moral standing, and even physical appearance.

What’s the most challenging thing about writing characters who are different from you? I’m an introverted, non-emotional, non-assertive, analytical thinker, but I wanted a heroine that was spunky, nosy, headstrong, extroverted, intuitive, and a little reckless. I must frequently stop and remind myself that my instinctual reaction to any situation is likely to be quite different from how Livia would respond. I have found the enneagram personality type information very helpful in guiding me to more realistic responses for my characters.

In fact, I’ve developed a workshop to show writers how to use the enneagram to create consistent, believable characters.

Many of your characters are misfits in some way. Why is that? My tagline is Quietly Unconventional for a reason. I’ve never been good at fitting molds. That’s why I’m drawn to stories that feature misfits and underdogs. I understand the pain of not being cool or popular, and I respect others (real or fictional) who are brave enough to overcome and succeed despite their underdog status.

My novels feature characters who don’t fit the conventional mold in some shape or form. I show the heroic or honorable qualities hiding inside these people whom others see as flawed or useless.

My heroine, Livia, is a free spirit who flaunts convention more publicly than I would dare. Her sidekick, Roxana, is a streetwise maid who speaks when she should keep her mouth shut and lacks the polish of a traditional lady’s maid. Avitus is an outcast among the aristocrats because he defends lower-class clients against powerful senators.

And then there are the followers of Jesus, who are leading a quietly unconventional revolution, spreading a message of love and forgiveness, and caring for the outcasts and rejects of society.

What else do you write besides mystery novels? I blog weekly on my website about living intentionally—which to me means making daily choices to live according to my deeply held values instead of mindlessly conforming to the mainstream attitudes, behavior, and priorities. When we live intentionally, we live a more authentic and meaningful life. But we also stand out for making unconventional choices. That’s why my tagline is Quietly Unconventional because I try to live and write as authentically as possible, conforming to God’s will and calling rather than conforming to the world.

Visit my website at lisaebetz.com to find more about me and my books.