I GUESS FAULKNER WAS RIGHT by Abigail Keam 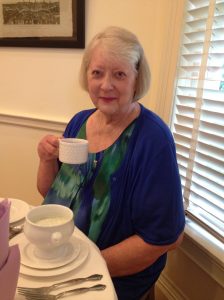 Abigail Keam is an award-winning and Amazon best-selling author who writes the Josiah Reynolds Mystery Series about a Southern beekeeper turned amateur female sleuth. The Last Chance For Love Series tells of strangers who come from all walks of life to the magical Last Chance Motel in Key Largo and get a second chance at rebuilding their lives and The Princess Maura Fantasy Series.

Award-winning author Abigail Keam welcomes you to her new mystery series—the Mona Moon Mysteries—a rags-to-riches 1930s mystery series that includes real people and events into the storyline. The new series is about a cartographer who is broke and counting her pennies when there is a knock at her door. A lawyer representing her deceased uncle announces Mona has inherited her uncle’s fortune and a horse farm in the Bluegrass. Mona can’t believe it. She is now one of the richest women in the country and in the middle of the Great Depression!

William Faulkner’s line, “The past is never dead. It’s not even past,” is one of the most quoted lines in American 20th century fiction and resonates today in all literature, including historical mysteries.

Does history revolve in circles or undulate in waves? The same patterns keep emerging—the same type of grifters who try to con the gullible, the same type of heroes who risk everything, and those who watch from the sidelines.

I have always been fascinated by history and knew I wanted to write an entertaining mystery series where I could combine fiction with historical fact.

When I began writing my 1930s Mona Moon Mysteries, I decided to weave real people and events into the story line. I wanted to make those mysteries come alive with both the saints and the scoundrels of the day. After doing much research, I discovered that the 1930s had been politically explosive like the 1960s and today, with many of the same issues still confronting the world. So how does one incorporate themes of social justice, world events, and conflict into a mystery and write a story that is still entertaining and fun to read? Not with a hammer, but with a soft wave of a woman’s hand fan.

One way is to give voice to a female protagonist to whom women will relate. The second is not to become “preachy.” My job as a mystery writer is to author an engaging story with facts that enhance the reader’s enjoyment of the book—not deter. One thing that helps is that my intrepid champion speaks from the perspective of a gal who needed grit and resolve to survive the harrowing years of the Great Depression. She is my “every woman.”

Enter Mona Moon, my American cartographer, who is broke with no prospects in sight. Not good news for a single woman in one of the worst years of the 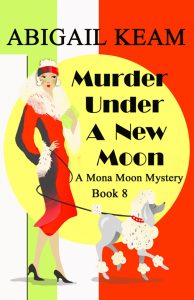 Depression. A man, wearing a Homburg hat, knocks on her tenement door after midnight. She answers with a pistol in hand. The man announces he is a lawyer representing her estranged dead uncle and informs Mona that she has inherited the Moon family fortune.

With that introduction, I plucked Mona from New York City and planted her on a horse farm in Kentucky’s Bluegrass where Mona discovers that half of her farmhands can barely read or write. Her bank refuses to give her credit because she’s a woman, and the employees at the Moon copper mines are threatening to strike due to low pay. All three concerns were real issues in the 1930s, which caused protests/riots in the dark days of the Depression—lack of educational opportunities, women’s economic rights, and workers scraping by on subsistence pay.

Throughout the series, I write about the influential people of the day such as Mary Breckinridge, founder of the Frontier Nursing Service; Gertrude Bell, Far East cartographer and founder of the National Museum of Iraq; Albert “Happy” Chandler, governor of Kentucky and Baseball Commissioner who integrated baseball, Jack Keene, founder of Keeneland Race Course, and Alice Roosevelt, daughter of President Theodore Roosevelt. Alice was witty, provocative, and politically astute, a force in her own right. She was one of the most quoted and socially followed women of her day. To write scenes between Alice and Mona sparring with each other was a pure delight. Having such accomplished women disagree on how to hold the fabric of society together and then solve a murder mystery collectively made me giddy with delight. The words just flew from the keyboard. I hardly had to fictionalize much of Alice’s dialogue. I used many of her famous quotes in the novel and stayed as true to her real character as possible.

And by using Alice Roosevelt as a character in Murder Under a Black Moon 6, I will be able to segue to Mona meeting Eleanor Roosevelt, Alice’s first cousin, in Murder Under A Full Moon 7. I have spent many an hour imagining what those three astute women would discuss over lunch.

I believe Faulkner was right about the past. It is never dead, and writers can incorporate the past into their historical mysteries, making them richer. If a reader enjoys the mystery and learns something as well, then I am thrilled because we should all be keepers of history. And as we all know from a good mystery, secrets from the past never stay buried. See you between the pages.

Miss Abigail would love to hear from you!