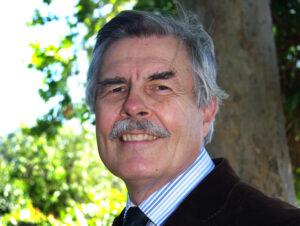 What’s the name of your most recent book? And could you tell us a little about it and any other books you’ve written? My latest novel is “Death in the Holler,” a mystery published on June 15, 2020. Luke Ryder, the main character, is a Kentucky game warden who’s an alcoholic. He’s in danger of losing his job because of his addiction.

Ryder’s life-long friend, Sheriff Jim Pike, wants to hire him, but only if Ryder can control his drinking. Pike offers to ask Ryder’s boss to give him a temporary transfer if a big case comes up. In Kentucky, game wardens are also law enforcement officers. 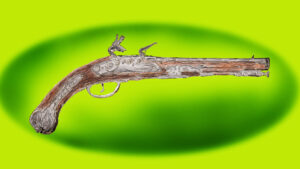 A Latino man from Louisville is found shot dead on a farm’s food plot shortly after the beginning of “muzzle-loader” deer-hunting season. Sheriff Pike calls on Ryder to help with the investigation. The two lawmen wonder why a man from a big city ghetto would be killed on a remote farm in a holler, a small, wooded valley. And why was he killed with a modern black powder weapon or perhaps an antique flintlock firearm?

This story is loaded with rough and tumble action, plus a smidgen of romance. Readers tell me that as they follow the story, they constantly root for Ryder to defeat his alcoholism and to find the killer.

Another of my books, “The Knight Prowler, a Novella,” is a mystery about a government researcher whose body is discovered not far from the Livermore Lab in Northern California. Rick Knight, the protagonist, is a TV nighttime crime reporter. His brother, John, is a Livermore Police detective. They team-up in an effort to catch the killer.

How did you come up with the ideas for those two mysteries? The concept for “Death in the Holler” came to me when I was visiting my daughter, Melody, and her husband, Matt, in Kentucky. Matt hunts deer with a crossbow. To attract deer, he plants “food plots” on a relative’s farm. My brother-in-law also lives in the Bluegrass State and has hunted deer. I helped him plant a food plot on his farm years ago. So I wondered, what if somebody was killed on a food plot during hunting season? That was how the idea for “Death in the Holler” was born.

As for “The Knight Prowler,” I wrote that short book to see if I would like writing in the crime/mystery genre. I have a background filming crime news for television, though I did this many years ago. My first jobs after my Army service were news cinematography positions. I covered daytime crime for several years for WMAL-TV (now WJLA), the ABC affiliate in Washington, D.C.

I filmed stories about many bank robberies and homicides. Often I found myself in bad sections of town, usually on my own. More than once, friends asked me if I carried a “piece,” a pistol. I didn’t. I found that most folks in the “bad” part of town were good people. At first, I felt edgy going to murder scenes by myself, often after the police had left the scene. But I grew to like the excitement—I became addicted to taking chances to get stories.

Even now, flashes of memory from crime scenes I visited years ago pop into my mind’s eye. I see money blowing across the street after a bank robbery, a pistol lying near a curb of a major avenue, bullet holes in a door, blood on a concrete sidewalk, and much worse. So, when writing a mystery, I find it easy to realistically picture scenes, even though I’ve invented a purely fictional story. When I think of what will happen in my stories, I daydream. I see the story unfold. I hear the characters talk, and I feel the cold or hot air, the humidity. I imagine smells that waft through the air.

Do you write in more than one genre? In addition to crime/mystery, I write science fiction. I began to write it because I worked for NASA for years. I saw many projects and learned of numerous discoveries that would have been fiction in years past.

What brought you to writing? I was born on Chicago’s Southside. When I was very young, my family moved to a small, two-bedroom house in Milton Township between Glen Ellyn, an affluent suburb, and Lombard. I was lucky to attend very fine public schools in Glen Ellyn. In contrast to many of my schoolmates’ families, mine wasn’t well-to-do. At times we were poor. Later, our financial situation was better. But I have always been sympathetic to poor and downtrodden people.

I was good in science and math at school. English was my weakest subject. Some of my teachers urged me to study to become an engineer or a scientist. But I wanted to do something that could help right the wrongs of the world, journalism. So, I studied TV news when I went to the University of Illinois. That’s where I began to learn to write.

The day after I completed college, I was drafted into the Army during the Vietnam War and was on a jet plane on my way to basic training. The university sent my diploma to my parents’ house. The Army made me a journalist. Early on, my Army newspaper editor taught me the most I’d learned to that point about writing. I wrote for the Ft. Lewis newspaper, “The Ranger,” a weekly that included as many as forty pages. It had roughly 20,000 to 30,000 readers because Ft. Lewis is the size of a small city. I also wrote and hosted an Army radio news program that aired on a few stations in the Pacific Northwest.

After the Army, I worked in commercial TV news. I filmed crime and other news events. Later, I was a broadcast engineer at WMAL-AM/FM, an ABC Network station. While I was having a beer with a NASA official, he offered me a job to write and produce documentary programs for the agency. After joining NASA, I made more than a hundred NASA TV programs. Later, I wrote hundreds of articles and news items for NASA. I earned my living for much of my career writing about news events and discoveries. After thirty years, I retired from NASA. It was then that I decided to take a stab at writing fiction.

What are you working on now? I’ve nearly completed a volume of short stories called “Florida Grand Theft & Other Tales.” It not only contains crime stories but also includes a section of sci-fi short stories. My next mystery novel is tentatively titled “Murder at NASA.” Besides that, I’m planning a memoir about my TV news experiences and my time working at NASA.

How do our readers contact you? My website is an excellent place to contact me at http://www.bluckart.com. There’s a place on the home page where you can send me a message. There’s another page on my site that lists my books and where they can be purchased: http://bluckart.com/books.html. 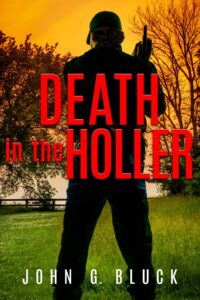 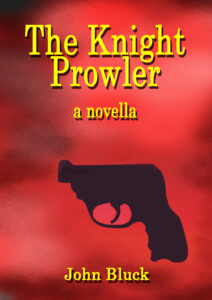