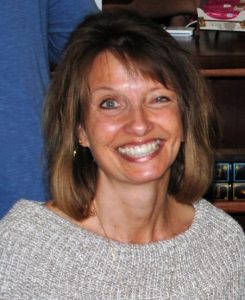 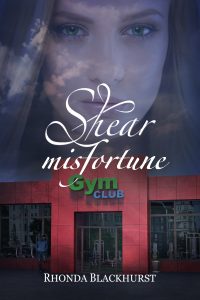 I was more than a little surprised when I received a note that Lauren Sapala had nominated me for the Liebster Blog Award. Having not a clue, I sent Lauren a note for clarification. Receiving her response was heartening. Maybe I might get this blog thing right after all.

Thanks Lauren. I’m going to follow your example in explaining what this is all about. I think the technical term is plagiarism.

The aim of this award is to spotlight up-and-coming blogs with less than 200 followers. There are no set rules for the award, but the guidelines are as follows:

Copy and paste an image of the award onto your blog.

Write a post on your blog to thank the person who nominated you and include a link to their blog.

Nominate some blogs for the award. There is no rule for the number of blogs you nominate, but the general recommendation is at least 5 blogs that are similarly up-and-coming with fewer than 200 followers.

Answer the questions from the person who nominated you in your post.

Ask at least 5 questions on your blog for those you nominated for the award to answer.

In addition to the questions and answers, list at least 5 random facts about yourself.

My Answers to Lauren’s Questions

What movie did you see as a kid that had the most lasting influence on you and why?

Hondo – I’ve been lifetime fan of Louis L’Amour and the strong, honest, and usually humble heroes his work personifies. John Wayne’s portrayal of Hondo Lane was magnificent. For many years now, I’ve had a photograph of Hondo’s arrival, on foot, at the Lowe ranch tacked to the wall in my office.

Since you began blogging, what’s the most surprising or unexpected thing about the whole process for you?

How it’s been received. I didn’t expect to gain many followers, none really, but the number is growing. The most surprising thing is the friendliness of the comments.

Do you have anything you do on a daily or weekly basis that keeps you inspired?

If you mean inspired to write, yes I do. It may not be earthshaking but each week day I plug in three hours on my Outlook Calendar for writing. It keeps me focused on writing, editing, and reviewing my work.

What fictional character do you feel most closely resembles your real life personality?

As much as I would like to say Hondo Lane, I can’t. You might find that I most closely resemble Huckleberry Finn.

What’s the most helpful thing you’ve learned in the past year?

My children are adults and I’ve learned to accept that. It makes life easier.

What piece of criticism have you received that has helped you grow the most (in writing or in life)?

Writing – Cut out the adverbs and watch out for author intrusion.

1. The Old Man and the Sea – Ernest Hemingway
2. Anything by Bernard Cornwell
3. To Kill a Mockingbird – Harper Lee

What advice do you have for someone who wants to achieve their dreams?

Don’t let anyone tell you that you are too old, too young, or that your dreams are beyond reach. Get off the couch and get started. Never forget the ancient phrase, “A journey of a thousand miles starts with one step.” Remembering this has helped me through many a tough time.

5 Random Facts about Myself

1. I never learned how to whistle.
2. One year I went surfing or body surfing in the Pacific Ocean everyday but Christmas
3. I learned how to scuba dive at sixty-two
4. I love long distance rides on my 2001 Ultra-Classic Harley-Davidson
5. I don’t know how to swim

My Questions for the Nominees

1. Who is your favorite author and why?
2. What has been the most difficult obstacle to your writing?
3. Do you have a regimen that you follow with your writing?
4. What do you consider the most significant event in your life?
5. Who was your most influential teacher?
6. What has been the happiest event in your writing endeavors?
7. What advice do you have for someone starting a blog?
8. What advice would give on becoming a writer?