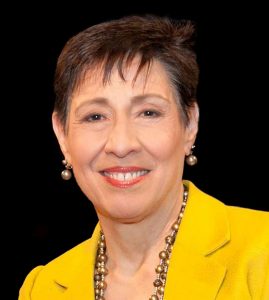 Here is a glimpse into Sarah’s award-winning career:

Sarah Cortez, a Councilor of the Texas Institute of Letters, Fellow of the Dallas Institute of Humanities and Culture, and Fellow of the Virginia Center for the Creative Arts. She has poems, essays, book reviews, and short stories anthologized and published in journals, such as Texas Monthly, Rattle, The Sun, Pennsylvania English, Texas Review, Louisiana Literature, The Midwest Quarterly, Southwestern American Literature. Winner of the PEN Texas Literary Award, her debut poetry collection is How to Undress a Cop. Her books have placed as finalists in many contests, such as the Writers’ League of Texas Awards, Los Angeles Book Festival Awards, and the PEN Southwest Poetry Awards Latino Book Awards, Border Region Librarians Association Award, Press Women of Texas Editing Award. She has been both a Houston and Texas finalist for poet laureate; she is a law enforcement veteran of 28 years. Her memoir entitled Tired, Hungry, Standing in One Spot for Twelve Hours: Essential Cop Essays brings the reader into the patrol car as it reveals America’s most dangerous profession.

The Carlucci Betrayal takes readers deep into the Mississippi Delta during Prohibition to witness the founding of a criminal empire, and not since The Godfather has a Mafia family captivated readers the way the Carlucci brothers do in Robert Wilkins’ and Sarah Cortez’s rollicking novel of love, lust, and naked ambition.

Michael Bracken  – Anthony Award-nominated editor of The Eyes of Texas

Genres in Which I Write: I write in more than one genre, and I love seeing how the interaction of skill and intention translates and doesn’t translate across genres.

I began as a literary fiction writer, then to poetry, then to memoir. At this point, I think I’ve been published in almost all popular and literary genres and subgenres. I love all kinds of writing and edit all genres.

Writing Process: In terms of my writing process, I don’t have much leeway to choose a particular set of locations or circumstances to write. As a full-time professional writer/editor, I write when and where I can. I always seem to have deadlines breathing down my neck, whether for writing or editing. I am also an editor for a large international Catholic online journal of the arts. Those deadlines keep me very busy. www.catholicartstoday

First Publication: My first book came out within less than three years of beginning to write poetry. I now have 14 books—all traditionally published. For quite a few years, I had one or two books published per year. I have been very fortunate to work with publishers who really believed in my book projects.

Characters: In the popular genre of crime fiction, there are usually two strong-willed characters: the criminal and the sleuth. They must be fairly evenly matched in order to have a drawn-out conflict that is sufficiently interesting for a reader to read the entire novel.

The process of creating a 3-D character, particularly a main character is involved and mysterious. Tomes have been written about it. Curiously enough, it is the one critically important step that most fiction writers, particularly beginning fiction writers, don’t spend enough time doing. All the hours of research, imagining, taking notes, thinking through personality and choices, and personal history of the character pay off. Yet, most fiction writers either skip this step or do it quickly—a fatal mistake to both plot and the possibility of writing a book that readers enjoy.

Writing Characters of the Opposite Sex: Due to police work and my corporate career before policing, most of my life has been spent working with men. I do not find it a particular challenge to write from a male’s POV. In fact, most of my literary and popular fiction is written in a male’s POV.

Do You Base Characters on Real People? As a freelance editor who has been privileged to work with many writers, I think that basing a fictional character on a real person is an absolute no-no. Fiction that does this results in erratic character motivation and is often boring. Characters must be free to act according to the psychological and emotional dimensions based on the imagined history and personality that the writer has given them. So, you can see from this line of thought that I never base my characters on real people and certainly never on myself.

How To Raise the Stakes for Characters? Especially in popular fiction, but also to a lesser degree in literary fiction, the author’s “job” is to apply stress on the main character. These stresses of circumstance create conflict, and conflict creates plot. The way the stress is applied to each character will be different since each character has a different personality and history.

Does a Protagonist Ever Disappoint You? As an author, I am not thinking about my reactions to characters in a book. I am always thinking, however, about what the scene needs to be of interest to a reader. Sometimes a protagonist needs to fail, whether that failure is of his choice or imposed on him. If the writer is writing a protagonist that changes throughout the book, the protagonist will make mistakes. Some characters, like James Bond, do not change over the course of a book. But even this type of character does experience failure of action and choices. 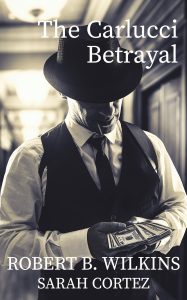 What Kind of Research Do You Do? I research what I need to research. Sometimes that involves an entire era with its cultural artifacts of music, dance, clothes, attitudes, disasters, politics, etc. Sometimes research is very specifically related to a particular scene. For instance, in The Carlucci Betrayal, I had to find out how a young male below the age of military service would get to Europe in 1938 to volunteer to fight against Hitler. Since 1938 was before the U.S. declared war, I had to see which avenues were open to this young man. This only affected a couple of sentences in a phone conversation between two main characters, but it had to be historically accurate.

Also, for The Carlucci Betrayal, I had to research Mississippi law regarding homicide and manslaughter in the late 1920s for a courtroom scene and for the lawyer’s arguments to be accurately based on the law.

A Writer You Admire: I greatly admire Megan Abbott, a wonderful noir writer. She successfully combines what’s best about crime fiction with exquisitely styled prose. She is so successful because so few writers write with her precision and energy in such gorgeous prose. My favorite title of hers is Bury Me Deep.

Advice for New Writers: I’ll pass along some wise advice from a professional saxophone musician: don’t choose anything but your horn. In other words, writing demands a serious commitment to practice and learning. When the others meet their friends to go bowling or drink at the bars, you must be reading, learning, revising, drafting, studying, etc. If you’re going to be a good (highly skilled) writer, then writing isn’t a hobby. It is your job.

Anything Else You’d Like to Mention: Getting to work on The Carlucci Betrayal was tremendously hard work and also tremendous fun! I’ve always wanted to write Mafia-era fiction. This gave me an opportunity to research plus create three-dimensional characters that acted according to a different era’s pressures in a society that was both more constricted and more free-wheeling than today’s.

I also relished my research into Mafia fashion. Not only for the men but for the women. Holsters, spare magazines, stilettos, razors, cigarette lighters, etc. Types and calibers of guns. Several PWSA members helped me out with these questions. For me, becoming conversant with places of concealment, fashions for men and women, mobsters on different coasts, and what they wore—fascinating! It was a delicious peek into the psychology and practicality of why the mobsters and their ladies wore what they wore.

I am available for virtual book readings and presentations on Mafia Fashion. 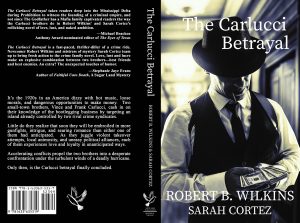