Give a Shout Out to Shannon Brown 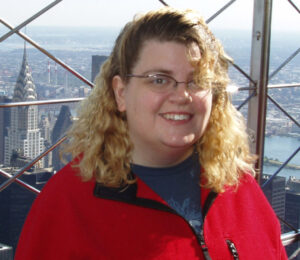 Shannon Brown is the author of Parlor Tricked, a funny psychic novel.

Parlor Tricked – A reluctant psychic, a dead rock star, and a cursed linen outlet. It’s just another day in suburban Ohio. Victoria Maldene is convinced she is the only non-psychic born into a family of mediums until the day she gets a visit from the town’s most famous resident. Victoria doesn’t want to follow in the family business. Her mom and her sister may have psychic visions, but Victoria doesn’t. She’s too busy going to school and working part-time at the local linen outlet to worry about the paranormal. What Vicki doesn’t know is the linen outlet now stands where a cursed theater used to be.

When Victoria starts to see unexplainable things and people no one else can, she brushes it off. Then she meets a famous rock star who grew up in her part of Ohio. Meeting Johnny Billingsley is quite a conversation starter, especially since he died thirty years ago. Johnny wants to pass along a message to his family, and the only one who can help him is Victoria. Will she be able to help, or will Johnny’s secret remain hidden forever? Find out in the hilarious Parlor Tricked.

Beyond the Music – Ellen Daniels was all alone until love showed up at her door. Too bad her new boyfriend’s not all he seems. In the summer of 1966, 21-year-old Ellen Daniels moved to Canada to help out her family’s business. Now the business is failing, and she’s miles away from everything she knows and loves. Then one day, an enigmatic stranger shows up. Ellen finds herself falling in love even though her mysterious new boyfriend has something to hide. Can she trust him, or will she get sucked back into the rhythms of the life she left behind in Indiana?

Rock’n’Roll in Locker Seventeen. An ordinary teen has just discovered the fate of the world’s most famous missing rock star. What happens next will blow your mind. In 1964 Ricky Stevenson had it all, then he mysteriously vanished. Thirty years later, the truth is revealed and turns 17-year-old Steven’s life inside out. So, where has Ricky been, and why? All will be revealed once you read Rock’n’Roll in Locker Seventeen.

Pete’s Potato Problem – Pete has a problem. A new restaurant has opened up in town and taken away all his business. Then Pete gets an idea. The annual Pingleton Potato Festival is coming up. Pete knows if he enters his recipe in the big contest, people will fall in love with his food once again. Then Pete discovers someone is buying up all of his secret ingredients. What will Pete do? Will, he closes up shop, or will Pete find an unexpected way to solve his potato problem?

Do you write in more than one genre? Yes. Whatever genre strikes me. I’ve done Young Adult, New Adult, Light Paranormal, and a picture book.

What brought you to writing? I had an idea that I always thought might make an interesting book. Years ago, I worked a holiday job at a mall bookstore. They also ran a temporary kiosk. After the holidays ended, the booth had nothing on sale. No one was interested any more, so it was completely dead. Anyway, I got assigned to this dead kiosk, and the first day I brought a few magazines. I read through them all and was so bored, so the next day I brought a notebook. The manager asked me what it was for. I said to keep track of my schedule. While at the kiosk, I started writing my first book and didn’t stop.

Where do you write? What, if any, distractions do you allow? In my home office. I sometimes listen to music. I sometimes get distracted by the internet, but I try not to let that happen when I am in the zone.

Tell us about your writing process: I sit at my computer and try to get into the zone where ideas flow. Sometimes it happens, other times not as much. Sometimes that zone will hit me other places, and I will write freehand. Some people call it the muse.

What are you currently working on? A novel about a woman who feels like she can no longer relate to the present time, so she slides back into the 80s/90s state of living.

How long did it take you to write your first book? I don’t remember. Rewrites and edits took forever. I wrote the first draft of the third book in the trilogy in a month for NaNoWriMo one year. I need to finish prepping it and release it soon.

How long to get it published? I tried to do it the old-fashioned way initially with query letters. That is achingly slow. It takes months for people to get back to you and some people want you to query them exclusively. When I was trying, the book world was changing, and traditional publishers were not keeping up. Eventually, I got with the times and added it to Amazon and other online booksellers.

We hear of strong-willed characters. Do yours behave, or do they run the show? I let them do what they seem to want to do. I don’t know if strong-willed is the right word for them, however. I guess it depends on the character and situation they find themselves in.

Do you try to make the antagonist into a more human character? Often my antagonists are not necessarily human in the first place. They are in a struggle the characters must face.

How do you raise the stakes for your protagonist—for the antagonist? It depends on the story; I don’t have a formula.  I wish I did.

Do you base any of your characters on real people? Not really, though people assume I do. I’ve heard it is so and so based on me, more than once. I’ve added single characteristics from people to characters but never a whole character.

Do you outline, or are you a pantser?  Pretty much a pantser, though I may do smaller sub-outlines if I get stuck.

What is the first book you ever read? I’m not sure. The first book I ever bought myself was a funny spin on the Bremen Town Musicians’ German fairy tale. I bought it at Long’s Drugs in a rack by the check stand, after my dad gave me some money and told me to pick something out. I don’t know what attracted me to that book, but it was a good one. I read it a lot.

Looking to the future, what’s in store for you? Publishing the third book in my trilogy. It’s almost ready to go. Writing more and trying to get back into promoting my stuff. 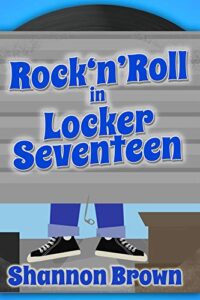 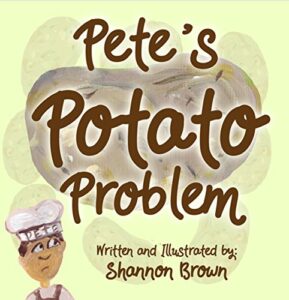 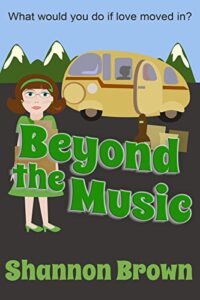