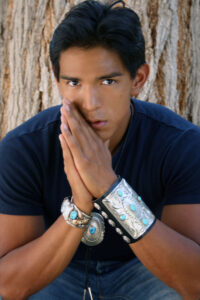 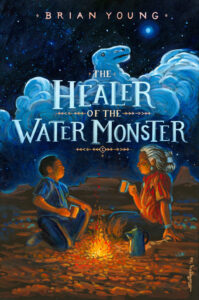 After a hearty Grand Slam at Denny’s it’s off to Four Corners via Mesa Verde National Park. It was 30 miles to the park entrance. The ride began like most on this adventure, gorgeous. There was soon a stumbling block. There are two seasons in this part of the country, winter and Road Repair. We were in the midst of road repair.

10 miles down the road construction required several miles of one way traffic. Ordinarily this wouldn’t cause more than a 10 minute delay. Not today, once all the cars and trucks came through we continued to sit. After ten minutes, I got bored and walked across the street and watched a second string of vehicles come our way. What is going on? More time passes. We learn the cause of the delay when a couple pedal bicycles towards us. At first angry, I realized that bicyclists have to get through the construction zone.

My visit to Mesa Verde National Park deserves a separate blog. Look for it tomorrow.

From Mesa Verde it was ninety miles to Four Corners, where Arizona, Colorado, New Mexico, and Utah all touch. The wind was dreadful. At Four Corners another biker told me; “They call this Four Corners, because the wind is coming at you from all four directions.”

The monument is located on the Navajo Nation. They charge $3 per person to visit. Around the monument were no less than 50 Navajo vendors.

Two bikers parked next to me, one wearing a HOG Patch from Brunei. HOG is for Harley Owners Group. He is the HOG Chapter President for Brunei, an oil rich country on the island of Borneo. He and his buddy rented Harley’s in San Francisco to ride to New York.

Leaving Four Corners I head into Arizona on US 160 to US 191. It wasn’t long before the clouds began getting ugly and I got a few sprinkles. With lightening off to my left and right, I stopped and suited up. The rain stopped. 50 miles further along, I got out of the rain gear. Instead of packing it away, I tied it behind my seat. Just in Case. Until I got to Monticello, Utah there were rain chimneys visible all about, but I seemed to turn just in time to miss them.