RITA A. POPP – Debut Author from Colorado and New Mexico 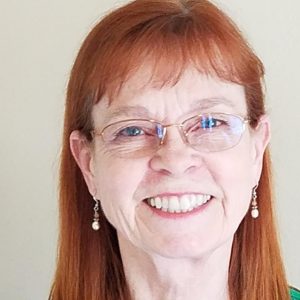 Rita A. Popp is a mystery writer who has worked as a newspaper reporter, public relations account executive, university writer and editor, and community college instructor. She and her husband divide their time between Colorado and a cabin in the New Mexico mountains.

Rita’s debut novel, The First Fiancée: A Bethany Jarviss Mystery, is due out from The Wild Rose Press 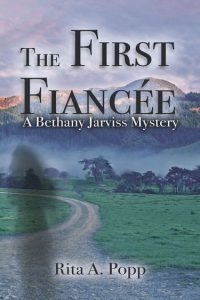 on December 14, 2022, in e-book and paperback formats. It will be available to order from Amazon, Barnes and Noble, and other retailers, including local bookstores. In this classic whodunit, the discovery of human bones near a remote New Mexico mountain village sets a worried sister on a treacherous path to solve a murder. Bethany Jarviss fears her sister’s fiancé killed the long-missing young woman. He was first engaged to her and swears he thought she left him to pursue a singing career. News of the murder swirls as the newly engaged couple gets set to open their bed-and-breakfast inn right before Christmas. Bethany, who once solved the murder of a college girl, gives in to her sister’s pleas to investigate this case. Soon she meets many locals besides her future brother-in-law, who had motives for killing his beautiful, thieving, secretive first fiancée.

What brought you to writing? I wrote a short story for a high school English class. On my handwritten effort, the teacher jotted an “A” and one sentence: “You could be a good writer.” He was the only teacher I recall assigning students to write fiction as well as read it. Most teachers probably didn’t think we could earn a living by making stuff up. So I shelved that idea and settled for being an avid reader. I enjoyed literary works in class, but at home, I read mysteries. My uncle gave my dad a cardboard box filled with books from the Detective Book Club series. Each book contained three mystery novels. I devoured those and also read as many Agatha Christies as I could get my hands on.

Early in my career, I focused on journalism and public relations. Then, in my early thirties, while working as a university writer, I was entitled to take a free class each semester. I enrolled in a creative writing class, wrote my second short story, and earned a master’s degree in English. My thesis consisted of several stories. Much later, I tried my hand at mysteries.

Can you name some favorites of your works and writers? I love stories with some sort of twist at the end. The Open Window by Saki is delightful. I first read it in school and still get a kick out of the final sentence. As for novels, I have almost complete collections—mostly dog-eared paperbacks—of the works of Agatha Christie, Dorothy L. Sayers, Margery Allingham, Ngaio Marsh, P.D. James, and Elizabeth George. While I admire their male detectives, I adore the female amateur sleuths Jane Marple and Harriet Vane. If I only had time to re-read two mysteries in my life, I would likely pick 4:50 From Paddington and Gaudy Night. Both are real puzzlers that end on a high note.

You’ve published your first mystery novel. Do you still write short stories or write in any other genre? I write short stories, two of which have appeared in Sisters in Crime Guppy anthologies. My flash fiction pieces have earned honorable mentions in Alfred Hitchcock’s Mystery Magazine contests. And one of my six-word mysteries won the Police Procedural category of a contest annually sponsored by the Mystery Writers of America Rocky Mountain Chapter. A long story of mine, Passing on the Farm, is scheduled for a spring 2023 release by The Wild Rose Press.

A serious story with a romantic subplot, it will be part of a new series titled Jelly Beans and Spring Things. I had fun making the candy and season integral to the story and munching on jelly beans as I drafted it.

Where do you place your settings—real or fictional locations? They’re a mashup of both. The First Fiancée takes place in a fictional, small New Mexico village named Sorrel. The town, the scary mountain road up to it, and the guest lodge outside of it are inspired by visits to the historic small towns of Mogollon, Hillsboro, Kingston, and Cloudcroft and stays at my mountain cabin.

Please tell us about your writing process. Usually, stories stew in my mind for ages. I’m an avid labyrinth walker, keep a journal of the labyrinths I’ve walked, and often imagine scenes for my fiction as I walk labyrinths’ winding paths. So far, none of my fictional victims have been found dead in a labyrinth, but that’s always a possibility! When I’m out in public, I scout locations and spy on people to create characters. Then I jot down on paper or my laptop whatever bits I might use. For a new story or novel, I type a character list and some initial ideas about setting and plot. Then I start writing scenes. My routine is to write weekday mornings, a cup of tea at hand, in my home or cabin office with the door closed. If my husband or golden retriever interrupt me, I growl at them! Everything else in life, I try to schedule for other times. But I did make an exception recently to drive my husband to his early-morning colonoscopy appointment!

What are you currently working on? I’m editing the manuscript of a second Bethany Jarviss mystery novel, The End of Promise, and drafting a third, The Middle of Nowhere. I’ve got a new mystery story in the hopper too.

Has an association membership helped you with your writing? Absolutely! I’ve learned so much from speakers, classes, critiques, write-ins, and the camaraderie of Sisters in Crime, Mystery Writers of America, Northern Colorado Writers, and other groups. I’ve participated in National Novel Writing Month in November and weekly Shut Up and Write Zoom sessions. Without the support of other writers, The First Fiancée would exist only on my computer and printouts stuck in a bottom desk drawer.

How do your readers contact you? Besides bumping into me at a café, bookstore, or library? Through my website at https://ritapopp.com. I love to hear from readers and other writers!