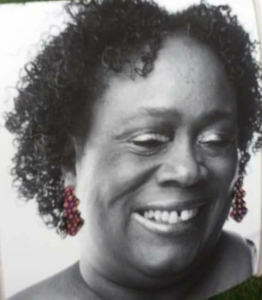 Who Am I? I’m a lifelong central Ohio native educated at Capital University Law School. I enjoy true crime and police detective television shows like NCIS, Snapped, and Columbo. I have three grown children and two grandchildren. I enjoy adult coloring and diamond dot painting. My bucket list includes travelling to all fifty states and taking a Mediterranean cruise. I write true crime peppered with a bit of fiction.

What is your most recent release? Sweet Burial was released last month.  My inspiration was a true crime 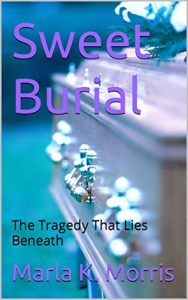 perpetrated in the central Ohio area in the early 90s. It’s a tale involving sex, lies, videotape, and murder. Rarely do newlyweds who experience marital conflict jump immediately to the drastic option of divorce. Christian Wright and his bride Chloe choose instead to engage the professional services of a marriage counselor soon after entering into what was supposed to be wedded bliss.  While initially there’s no physical violence between them, their relationship is rife with emotional, verbal, and psychological harm. Just as they are on the verge of ending it all, they learn Chloe is with child. Sadly, the birth of their son isn’t the blessed event they hoped it would be. Their child is differently-abled. Chloe embraces their son, while Christian rejects him as if he is a defective toy. A flimsy facade of family perfection is perpetuated to outsiders looking in for years. There is nothing Christ-like nor morally correct about the deadly choices Christian Wright ultimately makes, forever turning his family’s life upside down.

What was your debut title? His Dream, Her Nightmare was my first book. It’s a tale of misplaced trust. Our romantic choices do not always serve us well. This is even truer when duty or tradition rather than authentic love compels one to stay in a toxic relationship or marriage. Unfortunately, a young lovesick Winnie is unable to realize her condition will only lead to calamity. Winnie is determined to stand by her man Nelson even though he doesn’t value her worth as a woman nor her loyalty to him. To honor her vows, she is committed to him despite his criminal past, infidelity, and controlling ways. At her tipping point, when she is ready to finally leave their imbalanced union, Nelson won’t let her. Winnie disappears suddenly after they celebrate his milestone thirtieth birthday. With the help of his crafty lawyer, Nelson is able to stave off suspicions of her family, friends, and most importantly, the authorities for years. He is able to live his happily ever after as a free man until he meets his karmic end.

Why did you start writing? I originally tried to have a YouTube content creator highlight the real life case chronicled in my novella on her true crime channel. After forwarding research to no avail, I decided to tell the story myself. It explores how a woman who went missing in the mid-seventies from the Columbus area. She left behind her young children, a good job, and her jealous husband, who coincidently was a convicted rapist.  Because of its brevity, many readers are clamoring to learn more about whether justice is served for the main character Winnie. To that end, I’m working on the sequel, Her Dream, His Nightmare: The Saga Continues to be released in August of this year.

My writing grew out of my grieving process. I lost my mother to Covid-19 a little over a year ago, three days before Christmas 2020. The fictional main character murdered in my first book was a long-term friend of my mother’s. Pat, who is a staunch advocate for justice in the book, is the portrayal of my mother. The victim was among the first to benefit from facial reconstruction techniques developed at the Smithsonian.

I like writing about crimes in the past when gumshoe detective work rather than high tech science was the primary means to solving murder cases. I prefer settings in the 70s to 90s, because it forces the reader to imagine a time when cell phones, closed circuit television, and DNA either weren’t prevalent or at times nonexistent. Lastly, I have lived in Columbus all of my life, so there are references to many old restaurants, landmarks, and of course, the Ohio State Buckeyes.

What is your current project? Currently, I’m working on Misplaced Danger: A Fatal Prescription. It explores the interconnected lives of a greedy doctor and his drug addicted patient. Living on opposite ends of town, both are on paths to doom. The main character Teddy, a late bloomer, has challenging stressors at home and on his job. He has the misfortune of being referred to Dr. Ben Eagleston, who prescribes seemingly innocuous meds that only make his life worse. It’s full of plot twists. What’s more, it too is based on actual headline events from my sleepy hometown.

Are there any unique quirks in your writing? Without giving spoilers, I will point out two hidden themes. In Sweet Burial, there is a food or cooked dish mentioned in almost every chapter, even in a serious court trial scene. In Misplaced Danger, there will be direct and indirect avian references.

What is on your writing horizon? A series centered around femmes fatales is the future project brewing on the outer reaches of my creativity.  I have a working title, subtitles, and cover ideas. The antagonists will be ruthless, fierce, and violent women underestimated by their prey.

What advice would you give to another writer? Admittedly, I am a novice. If I had to give tips or advice to an even newer writer than myself, it would be two things. One, a writer writes. Keep a notebook handy to jot down ideas. Take time to write every day. My benchmark is daily word count because I have figured out my natural rhythm for writing.  Two, set aside time to work on your craft.  There are so many moving parts to this writing and publication process. The more you expose yourself to honing your craft, the better your completed works will be.