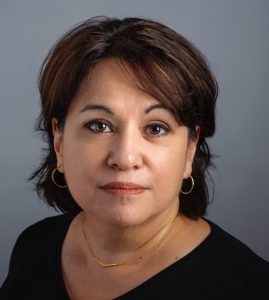 Alma Katsu is the award-winning author of seven novels. Her latest is The Fervor, a reimagining of the Japanese internment that Booklist called “a stunning triumph” (starred) and Library Journal called “a must-read for all, not just genre fans” (starred). Red Widow, her first espionage novel, is a nominee for the Thriller Writers Award for best novel, was a NYT Editors Choice, and is in development for a TV series.

Something strange is taking place in the waning days of 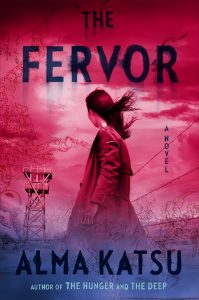 WWII. Meiko, the Japanese wife of a U.S. fighter pilot, follows a mysterious and deadly disease spreading through the Japanese internment camps. Archie Mitchell, a preacher whose wife is killed during the explosion of a fu-go, or fire balloon, is seized with confusing thoughts of revenge. Fran Gurstwold, a reporter intent on escaping from her newspaper’s “pink collar ghetto,” is determined to write up the fire balloon incidents despite the Army’s embargo. And Aiko, Meiko’s daughter, escapes from camp and makes a dangerous solo journey back to Seattle when she’s told her mother has died. It’s all tied together by a forgotten episode in Meiko’s past: a trip taken with her researcher father to a remote island reportedly linked to the Japanese underworld. 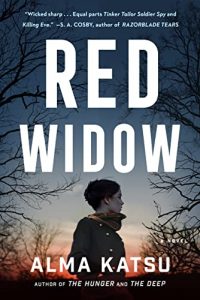 Do you write in more than one genre? I’ve been writing historical combined with supernatural or horror or fantasy for six books, but in 2021 my first spy novel, Red Widow, was published. I got the opportunity to write Red Widow because I’d had a long career in intelligence and wanted to try to write a spy thriller that was a little unlike the usual fare—and had a publisher who was willing to take the chance! Overall I’d say writing in more than one genre is a big challenge: readers who like, say, mysteries aren’t necessarily going to pick up your romance novel. Then you have the challenge of trying to market to two separate audiences—it’s tougher than it sounds.

Tell us about your writing process: Generally, I write all morning, from about 7 am until noon, when I make lunch for the family, then write again in the afternoon until I sneak in a little exercise before making dinner. I take care of business during those hours, too: promotion, talking to agents and editors. Evenings are interviews or taping panels and reading ARCs for blurbs. I’m very lucky to do this full-time, but it is a lot of work.

For the historical horror novels, it starts with a quick sprint of research that helps me find the quirky characters and odd little-known facts that will give the book its magic. Then there’s a fairly detailed outline, and I start drafting. I generally draft from beginning to end these days, no jumping around to do favorite scenes first. First drafts are terse. I’ll do a couple more drafts, smoothing prose, filling in plot gaps, finding new twists, understanding the characters better, deepening and enriching. Then it goes to the agent for a first read, and that’s when the real work begins.

How long did it take you to write your first book? My first book, The Taker, took 10 years to get to a publishable state. I’d come back to writing fiction after a long break, and it took a long time to get my sea legs back. It was like I’d been lying on the couch eating potato chips for a decade, and I decided I wanted to run a marathon.

How long to get it published? Once it got to the point where I felt fairly confident it was publishable, it went fast. But those 10 years were filled with querying, and it wasn’t ready, so a lot of rejection and trying to fix the problems without having the chops to do it, which is why it took so long.

Do your protagonists ever disappoint you? I find protagonists much harder to write than antagonists. Villains are interesting, and my villains often end up taking over the book. Anti-heroes aren’t quite the thing these days and often come off as cliché.

Do you have subplots? If so, how do you weave them into the novel’s arc? My books are ALL sub-plots. Except for Red Widow, my books are usually multiple POV, and all those sub-plots have to come together in a satisfying way by the end. It is a ton of work. I use spreadsheets to keep track of everything.

What obstacles do you face when writing about historical figures? Three of my books are historical fiction based on real-life events. The first, The Hunger, is a reimagining of the story of the Donner Party. Most of the characters are based on real people, and I learned after that, people you have to be circumspect about doing that. It can be ghoulish to some readers. If you need to drastically change a real person’s life to make it fit your story, you’re better off creating a completely fictional character. My most recent book, The Fervor, is mostly fictional characters but it’s based on two real-life incidents: the explosion that caused the only deaths on the US mainland during WWII, and the internment of people of Japanese descent. 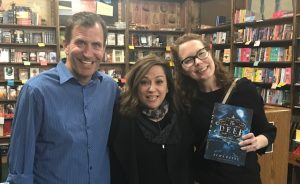 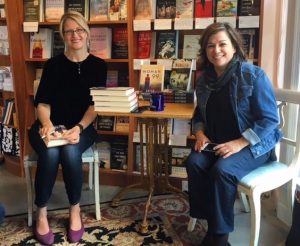