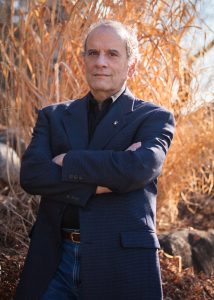 Nick Chiarkas grew up in the Al Smith housing projects in the Two Bridges neighborhood on Manhattan’s Lower East Side. When he was in the fourth grade, his mother was told by the principal of PS-1 that “Nick was unlikely to ever complete high school, so you must steer him toward a simple and secure vocation.” Instead, Nick became a writer, with a few stops along the way: a U.S. Army Paratrooper; a New York City Police Officer; the Deputy Chief Counsel for the President’s Commission on Organized Crime; and the Director of the Wisconsin State Public Defender Agency. On the way, he picked up a Doctorate from Columbia University, a Law Degree from Temple University; and was a Pickett Fellow at Harvard. How many mothers are told their child is hopeless? How many kids with potential simply surrender to desperation? That’s why Nick wrote “Weepers”—for them.

Weepers: The murder of an undercover cop in a New York City Housing Project in 1957 has unexpected ties to the unsolved 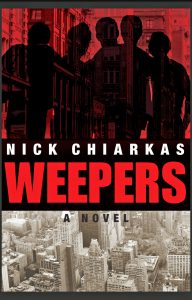 disappearance of a young father walking home in those same Projects with his son, Angelo, on Christmas Eve 1951. The only witness to the cop killing is Angelo, now 13, as he was on his way to set fire to a grocery store at 2:00 am. The killers saw him. These events forge a union between a priest, a Mafia boss, a police detective, and Angelo, a gang member. In Weepers, we see that if you drop a rock into the East River, the ripples will go all the way to Italy. In the end, Weepers shows us that the courage of the underdog—despite fear and moral ambiguity—will conquer intimidation.

Nunzio‘s Way: Nunzio drifted back to his childhood there on the Lower East Side. The narrow, trash-lined streets and alleys weaved together decaying brownstone tenements with common toilets—one per floor. Alone at ten years old, after his mother died, he learned to survive in one of the most notorious neighborhoods in the city. He shoveled coal and guarded the produce stored there by the ships docked off South Street to pay for living in the cellar at 57 Canon Street. After school, Nunzio mostly walked the streets. He recalled the putrid smell of decomposing cats and dogs covered with a trembling blanket of insects, rats, and things he didn’t recognize. And lying in the gutter against the sidewalk on Pike Street was a horse, with old and fresh whip wounds, shrouded in a cloak of flying and crawling insects. Only three years later, at the ripe age of thirteen, Nunzio killed his first man, a hulking longshoreman people called “the bear.” His life and the lives of four of his friends changed forever. Plenty of other horrors and hardships confronted him throughout his life, but when he closed his eyes, Nunzio saw the horse.

“Nunzio’s Way” In 1960, Declan Arden, an ambitious New York City lawyer, asked his boyhood friend and client, Nunzio Sabino, the most powerful organized crime boss of his time, to help him win the election for mayor. Nunzio agrees to help Declan, telling him, “In this city, you can have anything you want if you kill the right four people.” In Italy, after killing a top member of the Gomorra, Heather Potter, arrives in New York City seeking vengeance on the people who murdered her family. Those people include Nunzio Sabino and Mac Pastamadeo. Mac is the father of Angelo, the leader of the Weepers gang. 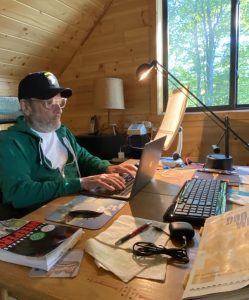 Available at Amazon.com, Barnes & Noble, University of Wisconsin Bookstore, Mystery to Me, other local independent bookstores, and from the publisher.