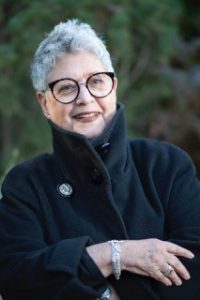 Ellen Kirschman, PhD. is an award-winning public safety psychologist and author of I Love a Cop: What Police Families Need to Know, I Love a Firefighter: What the Family Needs to Know, lead author of Counseling Cops: What Clinicians Need to Know, and four mysteries, all told from the perspective of police psychologist Dr. Dot Meyerhoff. She blogs with Psychology Today and is a member of Sisters-in-Crime, Mystery Writers of America, and the Public Safety Writers Association.

Thanks, George, for inviting me back just in time for the December 12th launch of my latest, never-before-published fourth Dot Meyerhoff mystery—The Answer to His Prayers—and my first venture into the world of independent publishing. 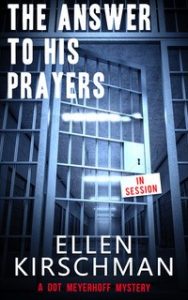 Poor Dot is in trouble again. She’s trying to plan her wedding to Frank when a 911 dispatcher takes the worst call of her young life. As Dot helps track down the possible arsonist, she proves herself a sensitive yet doggedly persistent sleuth—even when ordered to mind her own business. The case drags her through the seedy underbelly of her small town and finally to the local prison where she meets the imprisoned puppet master Badger, who is an unexpected acquaintance from her past. Badger believes Dot is the only one who can help him get what he wants most in life—contact with a son he’s never met. Stopping at nothing, including kidnapping, his efforts to bend Dot to his will endangers Dot and everyone she loves.

Crime is not the only thing on Dot’s mind. Her anxiety about getting married is causing rifts in her relationship with Frank. Memories of her family and her first marriage are overwhelming, prompting Dot to start therapy with Dr. Philipp Rogoff. Their relationship is contentious. Dot thinks Rogoff doesn’t know what he’s doing. Rogoff thinks Dot is resistant to his advice and only pretending to want help.

I had a good time writing this book, especially the dueling relationship between Dot and Dr. Rogoff. Therapists make the worst clients. Ask me; I’ve been on both sides of the couch. I loved writing about Rivka Meyerhoff, Dot’s plucky widowed mother. Rivka’s rants about anti-Semitism are timely, given the recent rise in hate crimes against Jews. Even though I am Jewish, writing and thinking deeply about what it means to be Jewish in the modern world is a first for me. I have written about religion before. Buddhism is at the heart of The Fifth Reflection, as the mother of a missing child cloaks her pain with kindness, frustrating the police who need her cooperation to catch the abductor.

What I’m Working on Now: Moral choice and moral pain are themes in many of my books, including my WIP, a standalone that is taking up a lot of my time. The provisional title is Call me Carmela. It’s the story of a young girl searching for her birth parents. What she discovers will destroy one family and heal another. The theme is courage: The courage to let go of someone you love, the courage to overcome trauma to help someone who needs you, and the courage to pursue justice, no matter the cost.

For the first time ever, I joined NaNoWriMo with my buddy, Anne Gelder, author of much short fiction and the enchanting, off-beat novel, Bigfoot and the Baby. Another first, I joined up with a NaNoWriMo sub-group of the NorCal Sisters-in-Crime chapter. About ten of us, including our blog host George Cramer, met online almost every day for a short chat and shared writing time. It was more helpful than I anticipated. It helped me stay on track, kept me accountable, and reduced the isolation that is part of any writer’s life. These groups will continue after NaNoWriMo. I intend to keep on going.

Another first is the entrance into the world of independent publishing. When my traditional publisher rejected The Answer to His Prayers, I decided to get my rights back so that I could publish the series all under one roof. I am working with an online marketer. All four books are now available as eBooks on Amazon, with a boxed set coming in January. So far, so good. The first book in the series, Burying Ben, was a #1 best seller in the Kindle Store, Literature & Fiction, Women Sleuths, Police Procedurals, and Jewish American Fiction. The others are also doing better than ever before. Stay tuned to see where this heads.

Thanks again, George, for the opportunity to vent, crow, and indulge in SSP. I am happy to assist my fellow writers with any questions they may have about police psychology, PTSD, psychotherapy, self-publishing, etc. Your readers can follow my occasional blog on Psychology Today or sign up for my occasional newsletter at www.ellenkirschman.com. New signers get a copy of my mini-memoir about my short-lived career as a dance hall hostess. 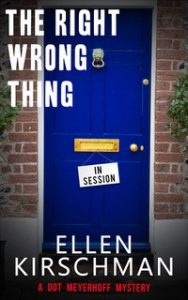 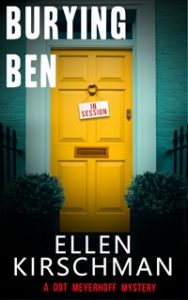 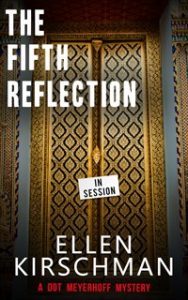 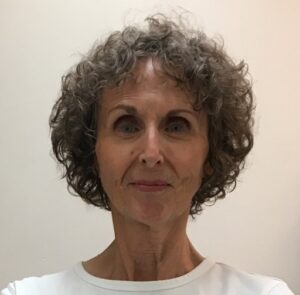 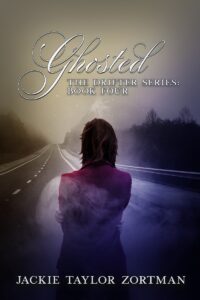