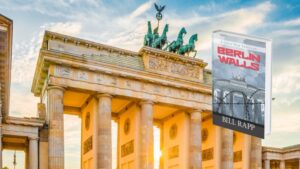 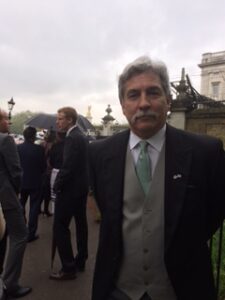 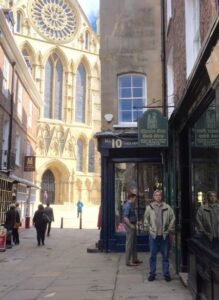 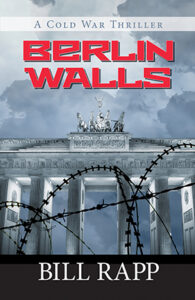 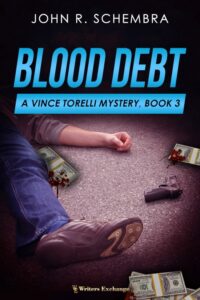 In Blood Debt, San Francisco Homicide Investigator and Vietnam veteran Vince Torelli strives to clean up the violence in San Francisco. But, after a suspect in a double murder is killed during an attempted arrest, he finds himself protecting the good police officers of the city he considers family. His efforts put him in the line of fire when he’s targeted. The brother of the suspect victim wants revenge on the officers responsible, and he’ll stop at nothing. He kidnaps Vince, a man obsessively loyal to his job as well as those he works with and defends, a man as smart and committed to his principles as the criminals he catches almost without fail. Vince knows best, though; a blood debt always demands payment.

How long have you wanted to write? When I was a young boy, my mother instilled in me a love of books and reading. I read mostly adventure stories, in particular, a lot of Edgar Rice Burroughs, and  I admired how he could spin such wonderful stories. I vowed at a young age to write my own stories someday, as I knew the joy I got from books. I wanted to someday write books that would give that joy to others. 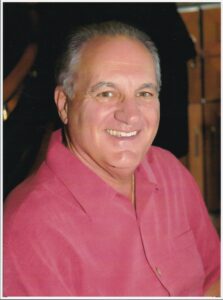 How long did it take you to reach your goal of publication? Many years! With growing up, school, college, the Army, becoming a police officer, marriage, and raising two children, there just wasn’t time for me to write, though I never lost the desire. The opportunity came when the kids were in college, and I had finished my master’s degree.  One afternoon, another sergeant and fellow Vietnam Veteran and I were swapping stories from our tours in the police department briefing room. Other officers heard us and stopped to listen. They told me later that day I should write my stories down, they would make a good book. That night, I began writing.

Are you traditionally published, indie published, or a hybrid author? Traditionally published. I researched small publishers, on the advice of a genuinely nice lady, and very prolific author I had met at a writer’s conference and was lucky enough to have one accept my manuscript. I have been with them, Writers Exchange, for 18 years, and all five of my books have been published by them. I have two new novels currently in their queue undergoing editing. I hope to have them published by mid-2021. By the way, that nice lady and I are fast friends and have been for 20 years.

Where do you write? A small 4th bedroom in my house was converted to an office/writing room. It gives me the privacy I need to concentrate, with no interruptions from family (other than the dogs). I have a TV in there. I tune to soft rock music, at low volume, as a background when writing. I find I am more proficient when writing with the background music. It helps me concentrate.

Where do you find your characters? How do you name them? All of them are drawn from real life, at least the main characters. I’ve patterned them after friends, family, and other people I know or have known. Obviously, I change the names, but I have had some readers recognize the character and ask me if the character is based on them, or on so-and-so. I usually tell them, “not entirely.” A couple of times, I have used their real names, with permission, of course, because the name suits the character. Those persons really get a kick out of being in the book!

I try to develop names that suit the characters. If a tough guy is needed, I’m not going to name him Chad, or Chip, or Timmy, etc. I chose Vince Torelli as the name for the protagonist in five of my books—a tough, dedicated, homicide inspector with San Francisco PD. An Italian name, to me, rings of toughness. Of course, the character’s personality has to echo the tough name. I also like to have the protagonist exhibit compassion at times, too. I try to avoid cliché names like “Reaper,” “Savage,” and the like.

Real settings or fictional towns? I use both. In M.P., a Novel of Vietnam, all the locations were real, and all the military units, from whichever side, were real and operated in the area at the time setting of the book. All the areas mentioned in the Torelli books, in San Francisco and the greater Bay Area, are real, as are all towns, streets, highways, hotels, restaurants, etc. I even used the address of my childhood home in one of the books! I like to think it adds a sense of realism when the reader knows or has visited the areas where the scenes take place.

If you could have written any book already written, which one would it be? Any of the Tarzan books!  ERB is my absolute favorite author, and I have read almost everything he has written (80 books), a lot of them more than once. His writing is what got me hooked on reading and inspired me to become a writer. By the way, I have 73 of his books in my bookcase.

One other book is The Old Man and the Sea by Ernest Hemingway. An absolutely amazing book, skillfully written. I felt I was on the boat with him. Some of the best descriptive writing I’ve read.

You’re stranded on a deserted island.. what must you have? All my ERB books, my reading glasses, and a Lazy-boy recliner

Anything else you’d like to tell us about yourself and/or your books? As I mentioned, I have written seven books—five published (in Kindle and paperback) and two at the publisher’s. I have posted the first chapters of all my published work on my webpage, including a couple of short stories (non-published). Please take a few minutes to visit the site, learn more about me, view some photos, and read the excerpts.  Between the five books and a short story, I have been fortunate to receive eight writing competition awards.

A big thank you to my friend, and award-winning author, George Cramer, for inviting me to post at his blog.

If any of you read a book of mine or the short stories, I would love to hear from you. Please post a review at Amazom.com, or send it directly to me so I can post it at other sites.

Thanks for taking the time to read about me and my writing. I appreciate it.