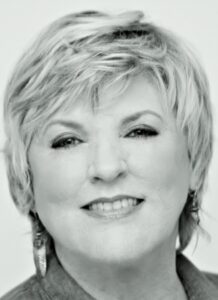 After a decade in hiding, captured, and imprisoned, Ravin Carolingian believes she has nothing more to lose.  Instead of the execution she expected, Ravin faces a forced marriage to Brakken, the son of the man who killed her father and toppled her kingdom. Blinded by hatred, Ravin vows that marriage will never take place. Instead, she will exact revenge, no matter the cost.

Following a series of magical attacks, and as she fights the unnatural attraction she feels for Brakken, Ravin is left to question everything she thought she knew about herself.  Still, as the line between ally and enemy blurs, one thing becomes clear, if she is to help the Carolingian people, Ravin must escape the evil that walks the halls of the palace she once called home.

The second book in the trilogy, Heart’s Divided, is due to be published in May of 2021, and the third, The Reckoning, later that fall.

Do you write in more than one genre?     Memoir, short stories, and fantasy. 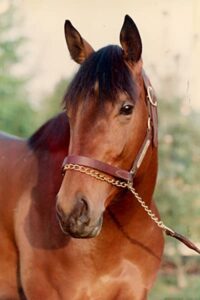 youth, I didn’t have a horse; I fed my passion by submersing myself in books: My Friend Flicka, Black Beauty, and any novel where the protagonist was a girl with a horse.

As an adult and a trainer of racehorses, I started writing freelance for industry publications, like Backstretch Magazine, Bloodhorse, and The Racing Form. From there, I branched out and started writing special feature articles for local newspapers, like The Contra Costa Times, Tri-Valley Herald, and Valley Times.

When I joined the Tri-Valley Branch of the California Writers Club, I was encouraged to write a memoir. My book is about the horse I owned and trained to run in all three legs of the American Triple Crown of Racing—the Kentucky Derby, Preakness Stakes, and Belmont Stakes. 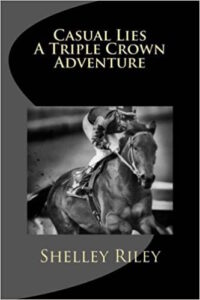 With international recognition for Casual Lies – A Triple Crown Adventure, I tried my hand at telling stories. Short stories kept my interest until a close friend encouraged me to try the NANOWRIMO challenge. Four years later, I published my debut novel, Into Madness.

Are you traditionally published, indie published, or a hybrid author? I would have to say hybrid. Literary agents, through their query submission standards, make it difficult to hire them, emphasis on hiring them. To send a query, you must follow their detailed outline—and whatever you do, don’t deviate from their outline—and, by the way, don’t expect to get a response unless they pick you. Still, I prefer a readers’ opinion over an agent who’s looking for a reason to reject rather than enjoy.

Where do you write? And what about distractions? I sit at my kitchen table here in Central Oregon and gaze out at a bucolic scene for inspiration. Here are my distractions:

Do you ever develop plots or characters around real-life experiences? Memoir aside, in my first book of short stories, For Want of a Horse, I drew on my twenty-four-year experience with training racehorses. Some of the stories were real-life incidences, though a few I embellished.

The current novel that I’m writing and have tentatively named ‘Out of the Blue’ is a middle-grade novel about training and racing dragons. So, of course, after more than one-third of my life spent at the racetrack, I change everything that has to do with hoofed animals to winged animals.

Since dragons don’t eat hay and grain, I doubt children will like the idea of leading lambs down the shedrow at feeding time. Feeding the dragons was a problem to overcome. An essential part of the story, it had to be ironed out right from the start.

How do you come up with names for your characters? That’s the easy part of the creative process, at least for me. I develop a character in my head, and then the name comes easy. I Google popular names for specific eras in history—for instance, Irish names in the 8th century. I don’t use character names that aren’t easily pronounceable. To me, those types of names tend to slow down the reader.

Do you use real settings or make them up? Unless it’s a massive city like New York, London, Beijing, I like to make up a name located in a recognizable area. Heaven forbid that a real town resident reads my book and calls me out on a lake that doesn’t exist.

In my historical fantasy, Into Madness, I loosely based the world I built in a Baltic region. The landmasses and names are all created. However, there was a Carolingian in history. I liked it, so I used it. (My sister, who I lost to cancer, was named Carol. Might have something to do with the name choice and why I liked it.)

Have you ever developed a quintessentially eccentric character? At first read, this question seemed simple, but I found myself stumped. Once I begin to interact with them within the story, my characters become very real to me, and I don’t think of them as quirky or eccentric.

What is one of your favorite books? Why? Lonesome Dove — If I had not seen the mini-series first, I would’ve put this book down in the first chapter―pigs, dust, and rattlesnakes. For me, it started so slow; it was an effort to turn the pages. When I finished the book, I grieved. I grieved because there was not another page to turn, I grieved for the loss of the friends left behind within its pages, and I grieve even now―because I wasn’t the one who wrote it.

What’s your biggest pet peeve? As an author? Literary agents. ?

Looking to the future, what do you see? Finding within myself the focus necessary to finish the three novels I have in the works. And in particular, I am excited about the dragon racing novel. The characters are so endearing, and the plot elements are so current. My characters face prejudice, racism, bullying, climate change, species extinction, fair play, and hope within the story’s overall umbrella.

Any other thoughts you care to share? I have heard many reasons why writers write—the list is long. A good story is a gift. A gift that you get to share over and over again. And each time you share it, you enjoy it once again along with the recipient.

We don’t need to ask a comedian what’s the best part of his performance. It will always be the audience’s laughter, right? As an author, I find no greater pleasure than the thought that my words, my story, brings a few minutes or a few hours of entertainment into someone’s life.

What do you find to be the best part for a writer?  A review. A five-star review was recently posted on ‘Into Madness,’ in the comment section was a “ :)” and nothing more. While I like to hear my readers’ opinions, what they liked, what they wanted, still that smiley face was just as encouraging as any other review. It told me so much about how my story had affected my reader. And, just as important, that smiley face encouraged me to get to back work.

For those of you who hesitate to take the time to post a review, remember even something as simple as a smile is manna from heaven for the writer who has spent hundreds of hours alone bringing words to life.